It’s a tight race among “defund the police” Democrats in this year’s chutzpah Olympics, but New York representative Alexandria Ocasio-Cortez and other House members of “the Squad” are well-positioned to take home the gold. Fully embracing the politics of “good for thee, but not for me,” AOC, Minnesota’s Ilhan Omar, Massachusetts’s Ayanna Pressley, and the newest Squad member, Missouri’s Cori Bush, are among the most vocal advocates for defunding — while also being, according to Federal Election Commission reports, among the biggest spenders on personal security.

All these legislators support the George Floyd Justice in Policing Act, which passed the House last summer but has stalled in the Senate. Pressley has also sponsored the BREATHE Act, a bill supported by Black Lives Matters leaders, who believe the Floyd Act doesn’t go far enough. The BREATHE Act, which calls for total elimination of federal law enforcement agencies, particularly those assigned to curtail illegal drug and immigration activities, would initially apply only at the federal level but would ultimately affect state and local policing in these areas as well.

With Squad support, Pressley has sponsored the reintroduced Ending Qualified Immunity Act, which makes it easier for individuals to sue state and local officials, primarily police. She and Bush are also among the sponsors of the People’s Response Act, which aims to create a public-safety agency within the Department of Health and Human Services, to replace incarceration with health-based alternatives, and to provide $7.5 billion in grants to community-based organizations as alternatives to policing. 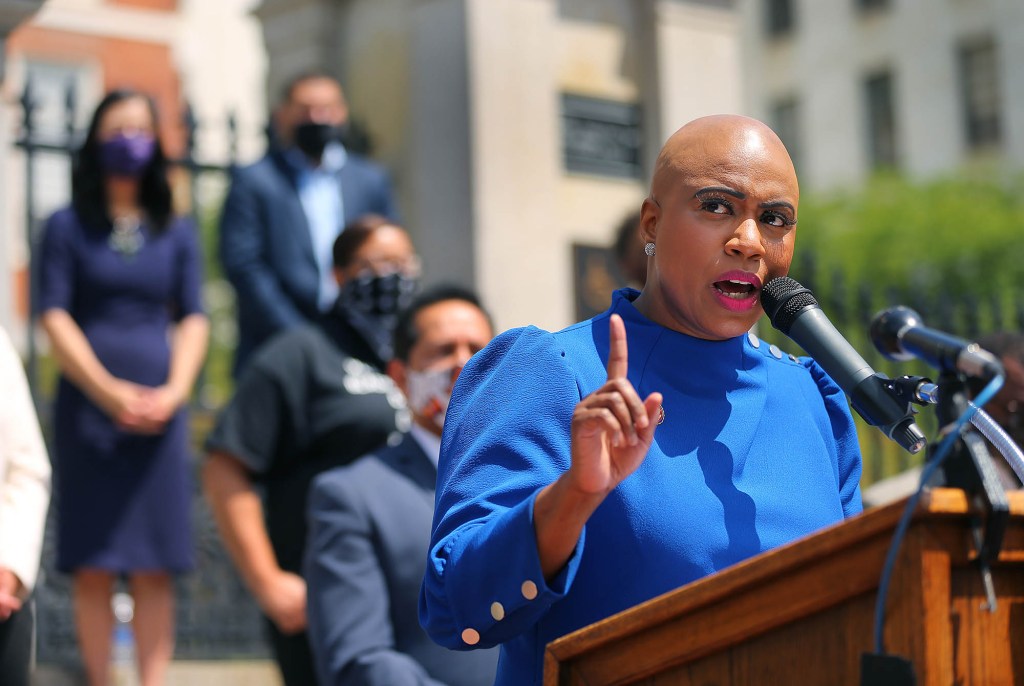 Yet despite their rhetoric and legislative proposals, Squad members are relying on private security — or, in the case of the Squad’s male member, New York representative Jamaal Bowman, local police — to provide the protection that they would deny their own constituents.

In the two months between April 15 and June 28, Bush spent nearly $70,000 of her campaign funds on personal security, the most of any House lawmaker. That’s almost $20,000 above the median household income for residents in her district, which covers St. Louis and adjacent communities. Bush, who often wears a Black Lives Matter or a “Y’All Gone Stop Killing Us!” t-shirt, says she believes defunding the police would prevent the deaths of people like Michael Brown and Breonna Taylor. But it’s unclear who would stop the killing that would then ensue. Of the 130 homicide victims in St. Louis so far this year, half of whose residents are African-American, all but ten victims were African-American (98 men and 22 women). The vast majority of these involved firearms — not one fired by a police officer.

Questioned about her personal-security expenditures, Bush described herself as a “black woman who puts her life on the line,” claiming that white supremacists, including cops, have made threats and “racist attempts” on her life, and that her “body is worth being on this planet right now.” She said she has “too much work to do” and that “too many people . . . need help right now.” She suggested that people would have to “suck it up” because “defunding the police has to happen. We need to defund the police and put that money into social safety nets because we’re trying to save lives.” 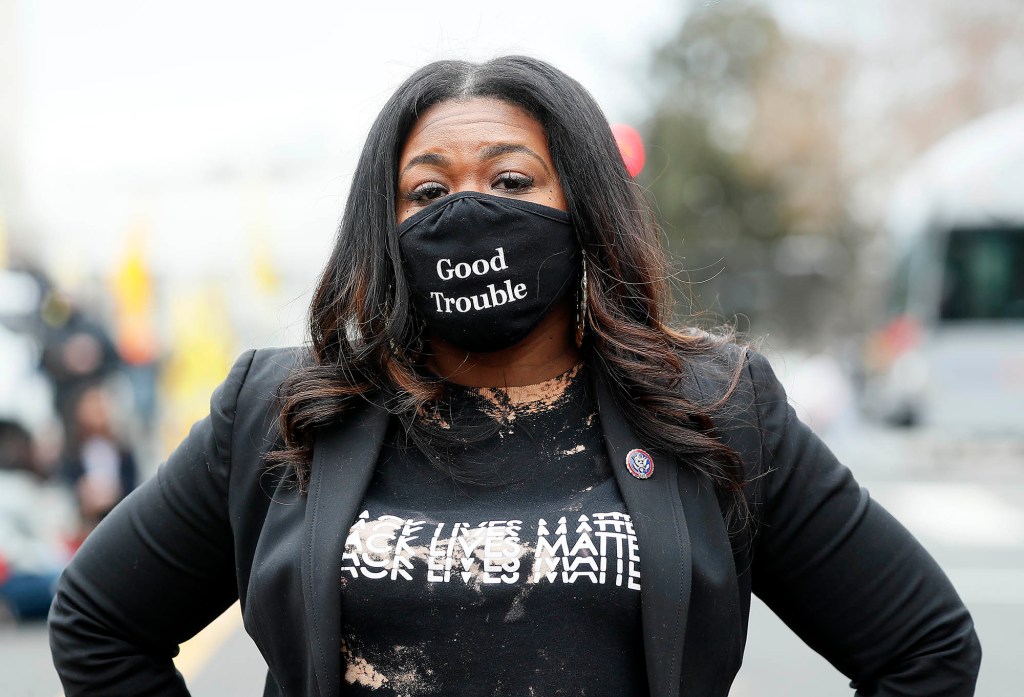 Rep. Cori Bush’s security payments made up a third of her roughly $200,000 second-quarter campaign expenditures.

Ironically, despite Bush’s support for St. Louis’s vote to defund its Metropolitan Police Department, the only officers who have lost their jobs in the city have been two St. Louis City Sheriff’s deputies who guarded her during her tour of the jail. Both were fired by Sheriff Vernon Betts, a black Democrat, after repeated warnings that they had not obtained second-job approvals or private-security licenses.

Though Bush’s security payments made up a third of her roughly $200,000 second-quarter campaign expenditures, most of that portion—$54,120.92 — went to RS&T Security Consulting, a New York firm with two addresses in Manhattan and a website under construction. The sole local recipient, Nathaniel Davis, whose address is the same as Bush’s campaign committee, received three payments totaling $15,000.

AOC has spent less on security and kept some of that spending local. The $4,000 she spent during 2021’s second quarter represented a big drop from more than $45,000 in the first quarter. Though she represents parts of the Bronx and Queens, about $35,000 of Ocasio-Cortez’s local spending in the first quarter went to firms with Brooklyn addresses, including three payments of $3,000 each to C’est Bon Collective and two payments totaling about $25,000 to Three Bridges, LLC. In February, she also paid a Houston firm $1,552.50 to provide personal security when she visited the city during its hurricane-relief efforts. 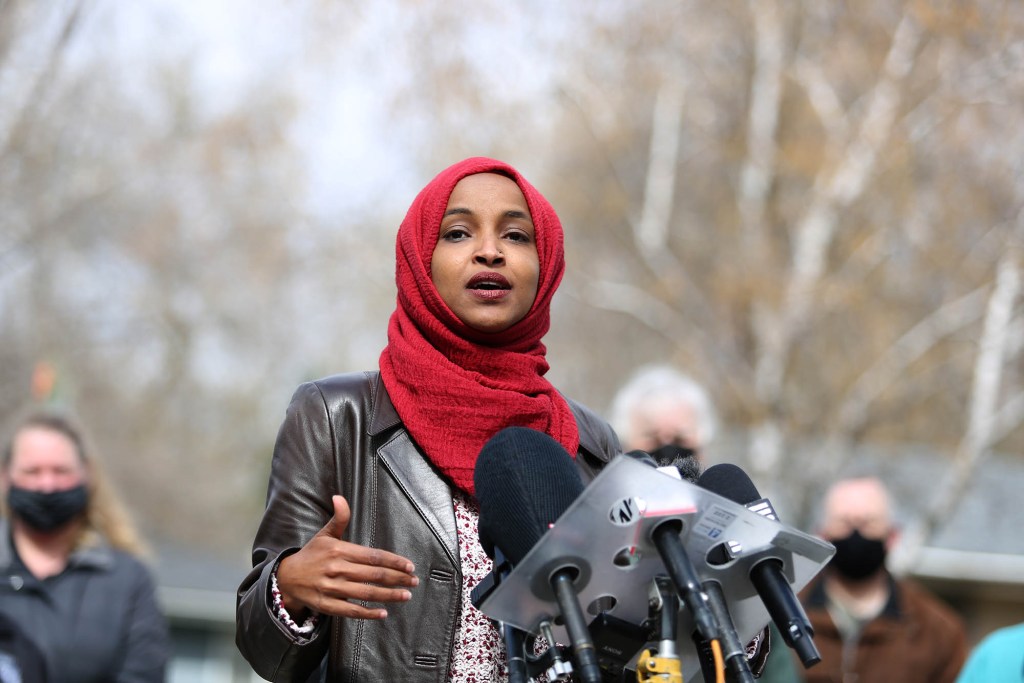 Like RS&T, the firm used by Bush, neither C’est Bon nor Three Bridges provide much online information about their businesses. But Tullis Worldwide Protection, the Virginia firm that Ocasio-Cortez paid about $4,000 in January, touts the experience of its CEO, Devin Tullis, including stints with private military contractor Blackwater, whose employees were accused of committing war crimes in Iraq. Questioned about his work for AOC, Tullis said little but noted that he is “not hiring social workers”—the Squad’s preferred option to replace the police.

Pressley and Omar were more modest than their colleagues in their security expenditures, but they still spent far more than most House members. Pressley spent more than $4,000 in the first quarter of 2021 and more than $3,500 in the second quarter. While some of her spendings was local, she employed a Virginia company in January and a Washington, D.C., firm in March. Omar also reduced her security bills in the second quarter, from slightly over $3,000 to $2,800, all spent locally in St. Paul and nearby Ramsey, Minnesota.

At least in the chutzpah competition, Bowman may have outdone other Squad members. After being elected in 2020, he wasted no time voicing support for the George Floyd Act, calling it merely a floor, not a ceiling, in the battle for police reform. Bowman, who has called cops agents of “white supremacy,” represents portions of the Bronx and Westchester County — where, upon his request, the Yonkers Police Department, the county’s largest, is providing extra protection for the single-family home he shares with his wife and children. 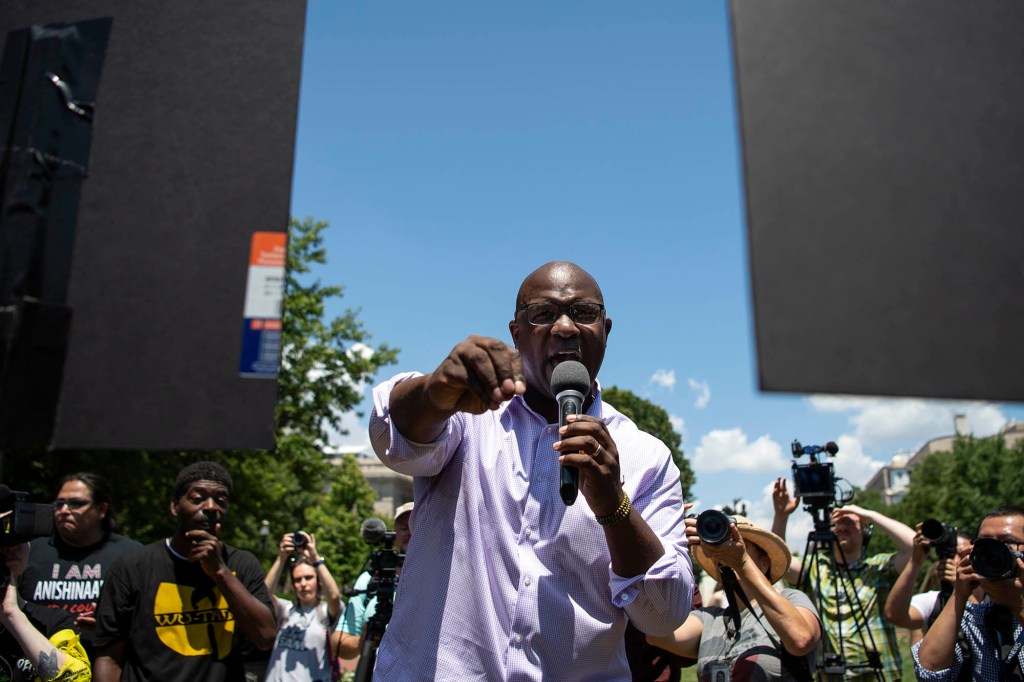 Rep. Jamaal Bowman wasted no time voicing support for the George Floyd Act, calling it merely a floor, not a ceiling, in the battle for police reform.

Keith Olson, Yonkers Police Benevolent Association president, summarized the hypocrisy when he noted: “Not long ago, the Congressman called for dramatically less policing in the most violent, crime-ridden neighborhoods. . . . Asking these same police officers to protect your family while creating policies that make communities of color less safe is simply disgraceful.”