BY ZACHARY STIEBER | The Epoch Times

The directive comes after a state senator initiated a forensic investigation into the 2020, 2021 elections.

The Pennsylvania agency in charge of elections has issued a new directive telling counties not to let outside parties access electronic voting systems or components of such systems, such as tabulators and ballot printers.

The directive from the Pennsylvania Department of State, released on July 9, states that county boards of elections “shall not” provide any access to third parties that are seeking to examine the systems or system components.

If the counties do allow access, the voting equipment that’s examined “will be considered no longer secure or reliable to use in subsequent elections,” and the department will withdraw its certification for the equipment.

“Such access by third parties undermines chain of custody requirements and strict access limitations necessary to prevent both intentional and inadvertent tampering with electronic voting systems,” Acting Pennsylvania Secretary of State Veronica Degraffenreid, appointed in February by Democrat Gov. Tom Wolf, said in a statement. “It also jeopardizes the security and integrity of the systems and will prevent electronic voting system vendors from affirming that the systems continue to meet Commonwealth security standards and U.S. Election Assistance Commission certification.”

Pennsylvania Senate President Pro Tempore Jake Corman, a Republican, said in a response that the directive “is an attack on the General Assembly’s power to review, investigate, and legislate in matters within its legislative authority, which includes Pennsylvania’s election system.”

“The Legislature has clear authority—both statutorily and constitutionally—to provide oversight and issue subpoenas. This directive tramples those rights which were specifically put in place to prevent potential abuses and overreach by the Executive Branch,” he said.

State Sen. Doug Mastriano, a Republican, added that the directive was an example of a “disturbing pattern” of obstruction and violation of constitutional powers of the state Senate by the Wolf administration that dates back to March 2019.

Wolf and other Pennsylvania executive branch officials have condemned the push by some state Republicans for an audit, saying the 2020 election ran smoothly with virtually no problems. Mastriano triggered a probe of recent elections last week, sending letters to Philadelphia, York, and Tioga counties.

Mastriano cited abnormalities in the election, including how the number of mail-in ballots increased by more than 2 million compared to four years prior and the acceptance of ballots that arrived after Election Day.

The chairman of the Senate Intergovernmental Operations Committee requested all ballot production, processing, and tabulation equipment that was used during the election, as well as forensic images of all election equipment and software from the equipment, according to the letter to Philadelphia County, which was obtained by The Epoch Times. 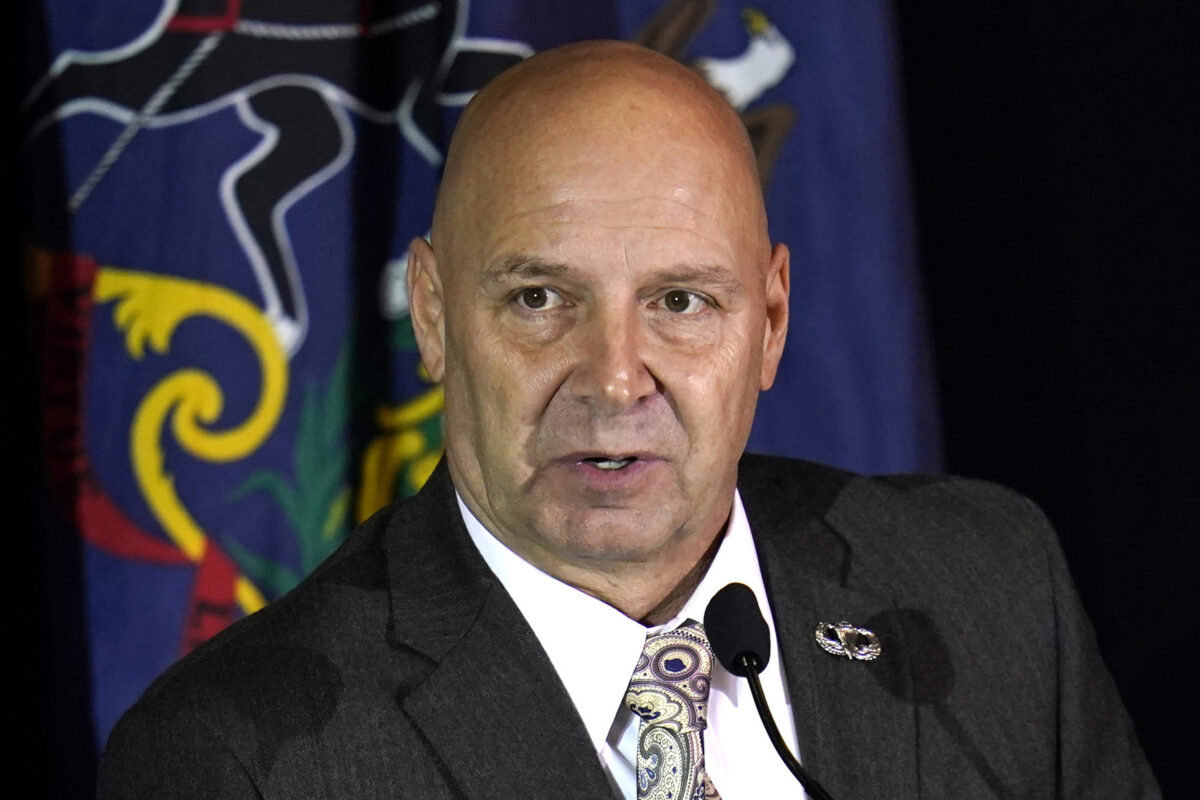 Officials were asked to provide the documents by July 31. If they don’t, then Mastriano plans to go to his committee and hold a vote that would give him the authority to issue subpoenas.

“Let’s just find out what happened and get to the bottom of it and do what we’ve got to do to either safeguard our elections or celebrate how perfect the election was,” Mastriano told The Epoch Times in a recent interview.

“The bottom line is, we’re always asking for transparency in government, constantly, and regardless of who won the election, last year was unparalleled in so many ways. And so, if there’s ever a time to do a forensic analysis of an electorate, this is the time to do it. There are so many things that kind of were disruptive last year. And so, I don’t know why anyone could be opposed to this unless you have something to hide.”

The Office of City Commissioners for Philadelphia confirmed to The Epoch Times in an emailed statement that it received the letter.

“Our office is reviewing it and [we] have no comment about the requests at this time. We do want to be clear, however, that Senator Mastriano’s letter reiterates claims about the November 2020 election that have been resoundingly rejected by courts. The repetition of baseless claims by elected officials poses a real challenge to our democratic processes. We are committed to continuing the hard work of ensuring that Philadelphians are able to exercise their right to vote,” the commissioners’ office stated.

York and Tioga county officials confirmed to The Epoch Times their receipt of Mastriano’s letter but declined further comment.

Pennsylvania Attorney General Josh Shapiro, a Democrat, has said he is prepared to try to block audits of voting equipment in court.

Mastriano visited the audit taking place in Maricopa County, Arizona, last month, and has said his investigation is aimed at going even deeper than that election review. He would like to hire the firms conducting the Arizona audit, pending support from Pennsylvania Senate Republican leadership.

The Pennsylvania Department of State noted that Maricopa County has opted to replace the machines that were examined by auditors. The department said it wouldn’t reimburse Pennsylvania counties for the cost of obtaining replacement equipment for which it withdraws certification if outside access is granted.

It also referenced an elections assessment that took place in Fulton County, Pennsylvania.

“We already have seen systems compromised in Fulton County and in the state of Arizona,” the agency said in a statement last week. “In both cases, the politically motivated reviews turned up absolutely no evidence of any fraud or discrepancies. Those partisan exercises did, however, prove to be very costly for local officials and taxpayers when election administrators were forced to lease or purchase replacement equipment.”

Biden’s Border Crisis Is About…

Jim Banks Was Planning of…

Democrats Are Still Trying to…

Nancy Pelosi Has Made Millions…

Manchin Pledges To Vote For…