Global coronavirus cases reached 40 million on Monday, as much of the world heads into a new wave of the outbreak.

That figure is based on three different estimates from Reuters, Worldometer, and Johns Hopkins University. The real figure is likely much higher too, experts have said.

Monday’s landmark figure marks a doubling of worldwide coronavirus cases since August 10, and comes three days after global cases rose by a record 400,000 in one day, according to Reuters.

The United States, India, and Brazil have the most cases in the world, with a combined nearly 21 million cases.

Europe appears to be emerging as a new epicenter of the virus. On Friday, the continent reported more daily cases than the US, India, and Brazil combined, according to Reuters. 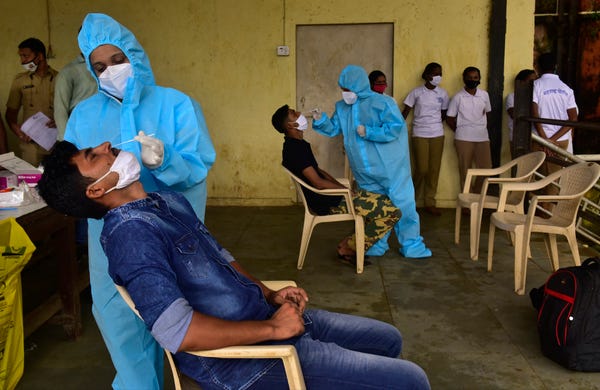 Mumbai Police personnel are tested for the coronavirus on October 15, 2020.


European governments are also scrambling to impose new restrictions to protect hospitals from running out of beds.

Even Sweden, which took a unique approach at the beginning of the pandemic by not closing schools or businesses, is now working on imposing restrictions for the first time due to a concerning rise in deaths.

As of Friday, France had the highest seven-day average of cases in Europe, recording nearly 20,000 infections per day, according to Reuters.

In the UK, Prime Minister Boris Johnson unveiled a new three-tier lockdown system last week. Within days, the capital of London was put into the middle tier, with households no longer allowed to mix indoors. Liverpool is under the highest warning, with pubs and bars ordered to close.

Since the beginning of the pandemic, experts have warned that a second, more deadly wave, could begin in the fall when people started spending more time indoors, as happened during the 1918 flu pandemic.

Dr. Michael Osterholm, a top infectious-disease expert, told NBC News on Sunday that “the next six to 12 weeks are going to be the darkest of the entire pandemic.”

However, the coronavirus appears to becoming less fatal as the pandemic wears on and doctors get better at treating the disease.

Spain, for example, has been experiencing a second wave of the virus since July. Since the second wave the highest daily death count has been 380, recorded on September 30 — which is much lower than the 961 deaths recorded during the first wave on April 20. 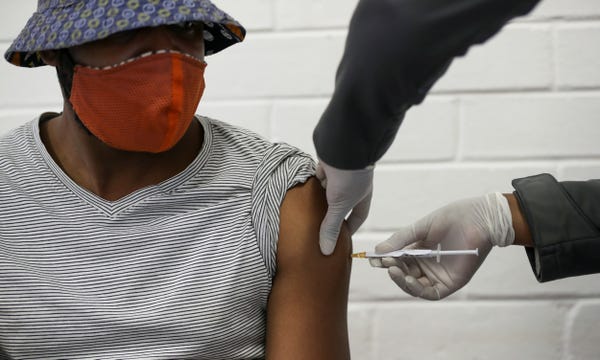 A volunteer receives an injection from a medical worker during the country’s first human clinical trial for a potential coronavirus vaccine in Soweto, South Africa, on June 24, 2020.

The world is also getting closer to finding an effective coronavirus vaccine.

Multiple drug companies nearing the end of their clinical trials, with the two of the most promising vaccines being developed by Pfizer and Moderna.

Pfizer said it’s preparing to possibly send its vaccine to the US Food and Drug Administration for approval by the end of November. Meanwhile, UK officials said they are preparing for a vaccine to be ready shortly after Christmas.

Dispersing a vaccine could take some time, though. Dr. Soumya Swaminathan, chief scientist at the World Health Organization, said last week that young people may have to wait until 2022 to receive a vaccine, so that more vulnerable people in the population can get it first.

WHO advisory board member admits…

WHO Advisory Board Member Says…

‘They Had Suspicions’: Former FDA…