Boeing is using a “scorched earth” strategy to try and keep evidence away from lawyers representing the victims of one of the fatal 737 Max crashes, one of the lawyers said.

Steven Marks, an aviation lawyer with Miami-based firm Podhurst Orseck, said Boeing has hardened its approach when dealing with the legal fallout of the second of the two crashes, which happened in Ethiopia in 2019.

Boeing is currently seeking to settle cases brought by the families of those killed when the Ethiopian Airlines plane crashed into the ground with 157 people on board.

It has largely settled cases from the earlier October 2018 crash of a 737 Max operated by Indonesia’s Lion Air, where 189 people died. 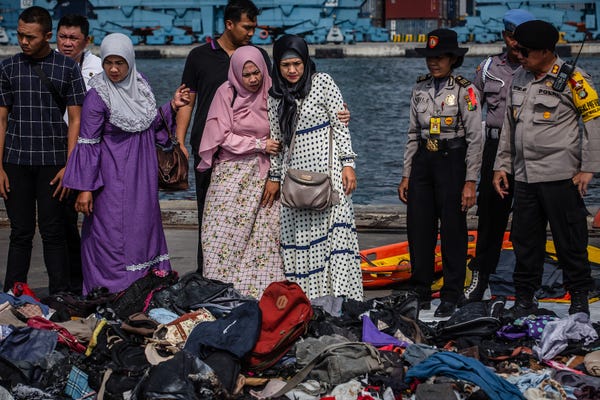 Families of the victims of Lion Air flight JT 610, visit an operations centre to look for personal items of their relatives in October 2018.

The two crashes led to the planes being grounded around the world, and the greatest crisis in Boeing’s history.

They led to a string of lawsuits from grieving families, as well as Boeing shareholders. Airlines which had bought the planes sought compensation, others canceled future orders, and Boeing faced intense scrutiny from Congress. Its former CEO was fired in the fallout.

In an interview with Business Insider, Marks said that Boeing’s approach differed starkly between the Lion Air and Ethiopian cases. In the latter, he said, the company’s lawyers were refusing to provide evidence that the victims’ representatives want to see. 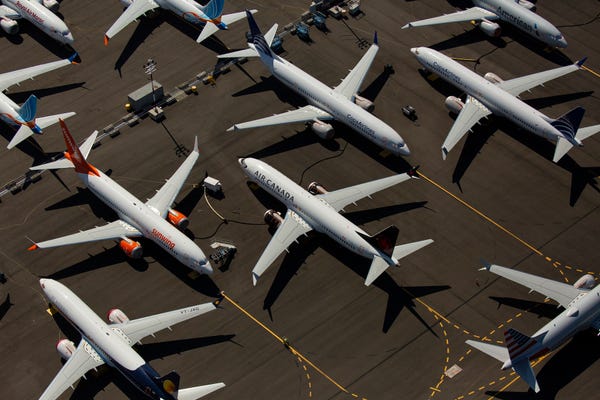 Undelivered Boeing 737 Max planes parked near Boeing Field, Washington, in September 2019. They were not delivered yet due to the plane’s grounding.

He called Boeing’s approach in the Ethiopian Airlines “the complete polar opposite of what happened in Lion Air.”

In a statement to Business Insider, Boeing defended its approach and argued that it had taken its obligations to provide evidence “seriously.” A spokesman said the company had turned over close to 2 million pages so far.

Marks represents seven of the families in that crash, none of which have been settled. He has settled 37 cases from the Lion Air crash. 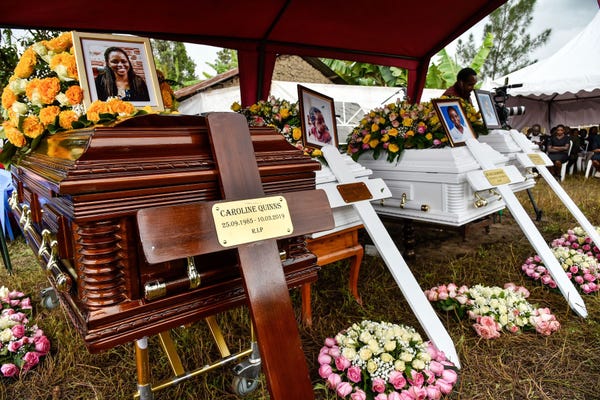 The coffins of a woman and three children who died in the Ethiopian Airlines Boeing 737 Max crash, photographed in October 2019.

Marks is also one of the leaders of the committee of lawyers from different legal firms that all represent the families of those killed, which was formed by the judge overseeing the cases.

Marks described the provision of evidence as “the main point of pressure” that these lawyers have had with Boeing.

He said he and others had been “fighting with Boeing for more than a year” on what kind of information is relevant to the cases, including documents and witnesses.

“It’s been a real dog fight every step of the way. There’s almost never an agreement. It’s the complete polar opposite of what happened in Lion Air.” 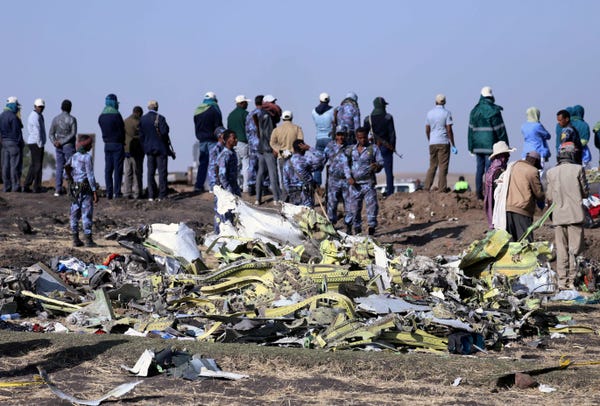 Ethiopian Federal policemen stand at the scene of the Ethiopian Airlines Boeing 737 Max crash near the town of Bishoftu, Ethiopia, in March 2019.

“They’re trying very hard to limit to production of documents, limit witnesses that are available for deposition and everything has been a dogfight.”

He said: “Every little step of the way has been a fight and it’s been difficult to get anything.”

Marks said that his team of lawyers asked for documents that Boeing had produced in litigation with shareholders, including minutes of directors’ meetings and “email exchanges as to how much the board knew.”

One of the key questions surrounding the crash legal cases is the extent to which Boeing was aware of issues with the Ethiopian plane before it flew.

But he said Boeing objected to supplying the minutes and emails on the grounds that they are not relevant. The lawyers are putting forward a motion that could compel Boeing to provide them. 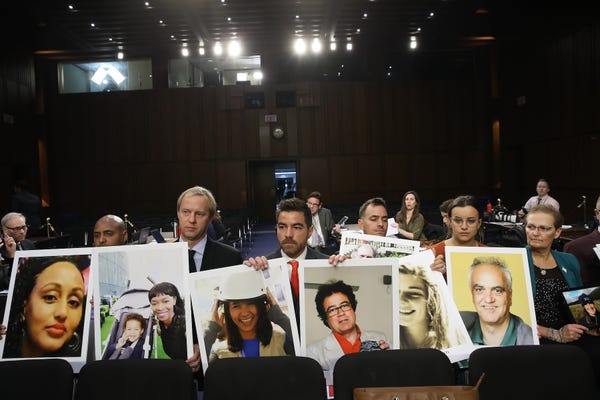 Family members of those who died aboard Ethiopian Airlines plane sit with pictures of their loved ones during a Senate Commerce Committee hearing in October 2019.

Marks said that Boeing had also refused to make documents available that it had given to Congress to help lawmakers’ investigations of crashes.

In a statement to Business Insider, Boeing spokesman Bradley Akuburio said that Boeing is taking providing evidence “seriously” and that it will continue working with the lawyers.

“We extend our deepest condolences to the families and loved ones of all those onboard Ethiopian Airlines Flight 302,” he said.

“We are committed to continuing to engage with the families in an effort to resolve their claims. We take our discovery obligations seriously and have produced close to 2 million pages of documents to date.”

“We will continue working with the counsel for the families and the court to address their outstanding requests for information.”

Boeing has made updates to the system that malfunctioned both crashes, and the plane is expected to soon be approved to fly again.

Boeing also previously committed to making the plane one of the safest ever to fly when it is back in the sky.

Marks said that his team of lawyers recently filed a motion that would compel Boeing to provide some more evidence, like getting access to employees’ personal devices and laptops: “The issue is now before the court.”

Marks argued that he and other lawyers already “have enough discovery to establish Boeing’s liability.”

“But the families and the flying public deserve to know the full extent of the malfeasance which Boeing is continuing to hide.” 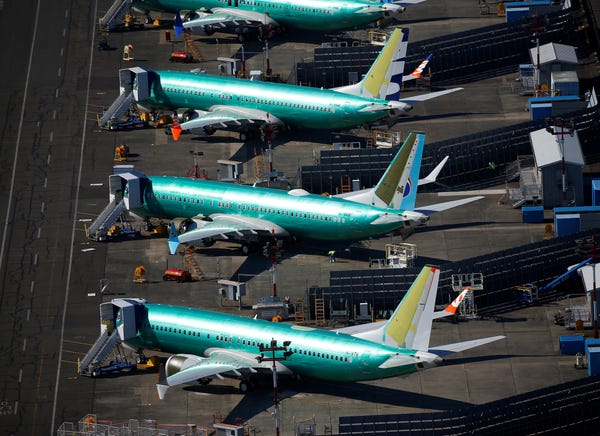 Marks noted that Boeing is using different legal firms for each crash, which could lead to the varying approaches.

He also noted that the Lion Air cases were legally “a little easier to deal with” than the Ethiopian Airlines cases because the victims were mostly of one nationality, unlike in the Ethiopian crash.

He said the cases were also more straightforward US law applied since the crash took place over international water. The Ethiopian crash was on land.

The Ethiopian Airlines cases are currently before Judge Jorge L Alonso of the Federal Northern District Court of Illinois. 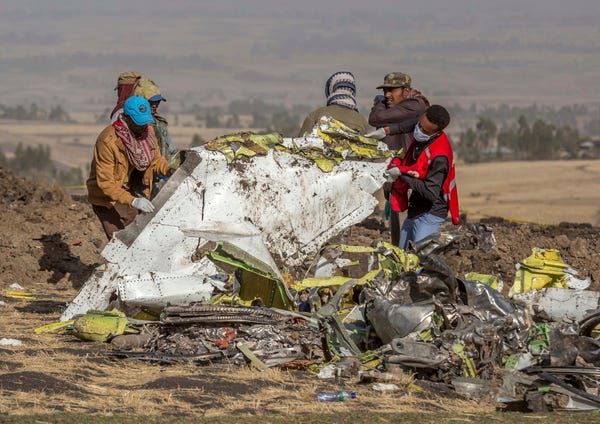 Rescuers work at the scene of an Ethiopian Airlines plane crash in March 2019.

How much evidence Boeing would have to provide has been a central question in how the cases would play out since they were first brought against Boeing.

Boeing had earlier explored moving the Lion Air cases from the US to Indonesia, where the crash occurred.

It’s a move that is common in aviation litigation but one that both experts and lawyers for victims told Business Insider would have ended in Boeing being required to provide much less evidence, and likely leave families with much smaller settlements.