Amazon just kicked off what Moody’s says will likely be the biggest — and most challenging — Prime Day of all time.

The e-commerce giant’s 48-hour Prime Day began early on Tuesday morning. The annual sales event is later than usual this year, with Amazon postponing Prime Day due to the coronavirus pandemic. But Amazon’s decision to delay the massive day of sales does not guarantee the company will be able to escape a tangle of logistical challenges and shipping delays — which could infuriate customers.

“With the 48-hour window for Prime ‘Day’ imminent, and Amazon sure to face logistical challenges due to the inevitable surge in orders, the online leader is once again facing another high-stakes shipping gauntlet,” Moody’s analyst Charlie O’Shea wrote in a report on Monday.

O’Shea told Business Insider in an interview that Prime Day is the lastest litmus test for Amazon’s exponential growth.

The competitive landscape “has never been tougher,” O’Shea said, as rivals like Walmart, Target, and Costco have thrived during the pandemic in part because of their ability to mix online sales with brick-and-mortar stores. Amazon, meanwhile, struggled with delays as online orders skyrocketed during the pandemic.

“In Amazon’s case, they’ve seen the stresses on the delivery model,” O’Shea said. “Literally, it’s happening every day to somebody — that they’re ordering things and they’re not getting there on time.”

Prime Day essentially takes the ongoing challenges Amazon is facing during the pandemic and magnifies them, in part because the company demands massive improvement year-over-year. With online sales up more than 20% during the pandemic, O’Shea says, Amazon should be expecting Prime Day sales to similarly explode.

“It has got to be bigger than last year,” O’Shea said. “If it’s not, it’s a colossal failure.” 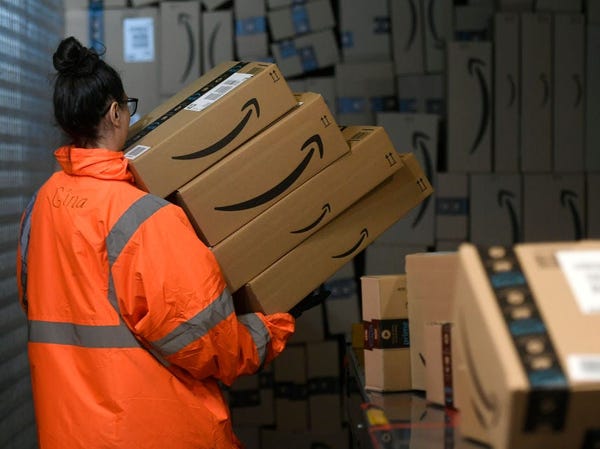 The massive Prime Day is sure to face some challenges.

Amazon’s biggest challenges this Prime Day will be balancing product availability and customers’ expectations, O’Shea said. Because of Amazon’s massive scale, it is impossible for every package to be delivered on time. But the company needs to make sure it avoids over-promising and under-delivering on a large scale.

O’Shea says that Amazon is in the best place it can hope to be as the company braces for what he expects to be one of the most challenging Prime Days yet.

Amazon’s preparedness comes at a price. The company spent $13 billion on shipping costs in the second quarter, up from $5.6 billion from in the same period last year. Moody’s estimates that fourth-quarter shipping expenses could get close to $20 billion, due to the two-day Prime Day event and a longer-than-usual holiday season.

The company has been on a hiring spree since the pandemic began. In September, Amazon announced it had added 175,000 temporary positions since March and planned to add more than 133,000 employees in the coming months.

“They’re doing the best they can,” O’Shea said. “It’s almost like trying to plug a dam with your finger. It’s really hard. I think they’re performing extremely well under the circumstances. They’re performing at least as good as anybody else in retail — and that’s all you can expect.”

OANN suspended and demonetized by…

Report: Apple Is Lobbying To…

Tech companies are lining up…

Pfizer and BioNTech to request…

A Tesla rival is going…

LOreals US CMO is leaving…