The Treasury is increasing the amount of money it would support for a new stimulus bill as it continued to negotiate with Democrats, Roll Call reported.

The increased offer is said to include more money for education and state and local governments than before.

Pelosi and Mnuchin met for 90 minutes without striking a deal. But after, both were hopeful of continuing negotiations and reaching some kind of agreement.

One issue which is not in question: both sides said they support another round of $1,200 direct payment checks. 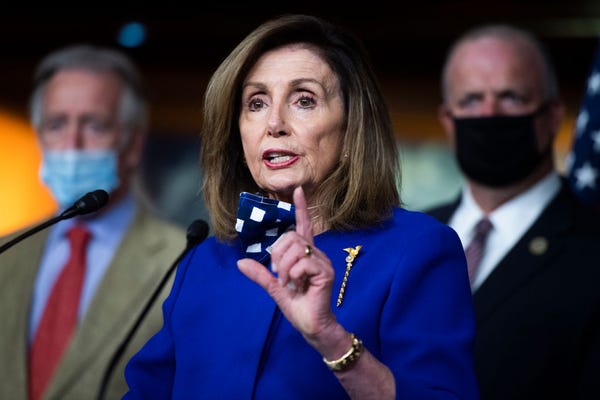 Speaker of the House Nancy Pelosi.

This week has been the first major negotiation on a coronavirus stimulus since talks last collapsed in August.

The parties have been trying to find common ground, with Democrats seeking a more expansive package: they have proposed spending $2.2 trillion. Republicans have argued for a far smaller package.

After meeting Pelosi, Mnuchin told Fox Business that he would aim for somewhere between $2.2 trillion and an earlier offer of around $1 trillion.

Mnuchin said President Donald Trump “instructed us to come up significantly, so we have come up from the trillion-dollar deal that we were working on earlier.”

He said the White House proposal is in the “neighborhood” of $1.5 trillion.

Roll Call said the following measures were in the latest version of the Treasury offer. The details have not been confirmed publicly, or by other news outlets.

It is not clear whether Senate Republicans would support an expensive proposal.

The White House and Senate Republicans had proposed a $1 trillion plan in the summer, and in September they floated a “skinny” plan, worth $500 billion.

Senate Majority Leader Mitch McConnell recently called $2.2 trillion an “outlandish” request. He also dismissed the idea of getting a deal through Congress before the November 3 when talking to reporters after Pelosi and Mnuchin’s meeting on Wednesday, The Hill reported. 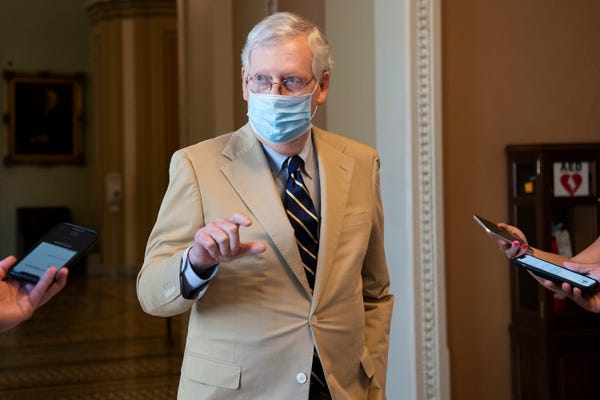 The source who outlined Mnuchin’s proposal to Roll Call suggested that McConnell may consider the latest proposal viable, but a spokesman for McConnell denied this.

Democrats have not yet voted on their $2.2 trillion plan, delaying it until at least Thursday to see what the outcome of talks between Pelosi and Mnuchin are.

Michael Flynn Thanks ‘Every Single…

De Blasio says he has…

Trump fundraising for new Save…