French prosecutors are investigating a machete attack near the former offices of Charlie Hebdo as terrorism, according to reports.

Details of the incident, which has reportedly left two people seriously injured, are still emerging, but Le Monde now says that the National Anti-terrorist Prosecutor’s Office (PNAT) is investigating the incident as “attempted assassination in connection with a terrorist enterprise” and “criminal terrorist association”.

French soliders rush to the scene after several people were injured near the former offices of the French satirical magazine Charlie Hebdo following an alleged attack by a man wielding a knife in the capital Paris on September 25, 2020. The threats coincide with the trial of 14 suspected accomplices of the perpetrators of the massacres at Charlie Hebdo and a Jewish supermarket that left a total of 17 dead. (Photo by ALAIN JOCARD/AFP via Getty Images)

The attacks two seriously injured victims are said to be a man and woman employed by the First Lines audiovisual production company, who had been “smoking a cigarette down the building in the street,” according to a colleague who spoke to AFP.

“I heard screaming. I went to the window and saw a colleague of mine, stained in blood, being chased by a man with a machete in the street. We know that our two colleagues are injured, but we do not know more for the moment,” the source said. 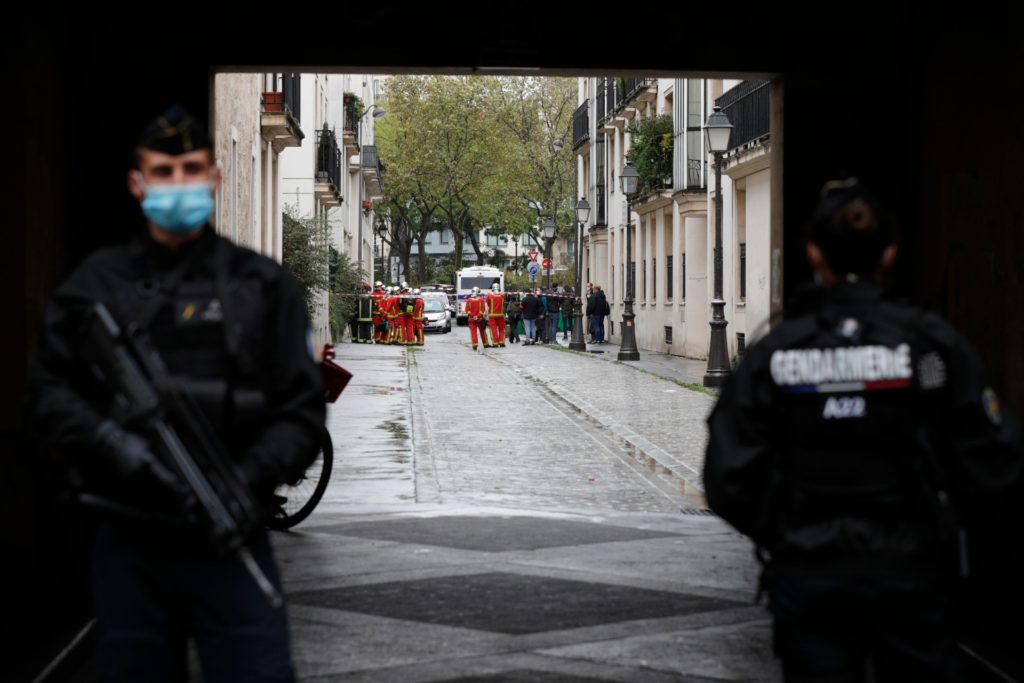 French Gendarme block the road leading to the scene of a knife attack in which several people were injured near the former offices of the French satirical magazine Charlie Hebdo in the capital Paris on September 25, 2020. – A man armed with a knife seriously wounded two people on September 25, 2020, in a suspected terror attack outside the former offices of French satirical weekly Charlie Hebdo in Paris, three weeks into the trial of men accused of being accomplices in the 2015 massacre of the newspaper’s staff. Charlie Hebdo had angered many Muslims around the world by publishing cartoons of the Prophet Mohammed, and in a defiant gesture ahead of the trial this month, it reprinted the caricatures on its front cover. (Photo by GEOFFROY VAN DER HASSELT/AFP via Getty Images)

French prime minister Jean Castex has indicated that four people have been injured, two — presumably the Frist Lines employees — seriously. At least two people appear to have been arrested; one at the scene and one on the steps of the nearby Opera Bastille.

Descriptions of the suspects have not been issued and the motivation for the attack has yet to be determined, but the Charlie Hebdo offices were the site of a radical Islamic terrorist massacre in 2015, perpetrated as punishment for the satirical magazine’s publication of satirical cartoons depicting the Prophet Mohammed.

Perhaps notably, 14 people suspected of being accomplices to the 2015 attack are currently in court. 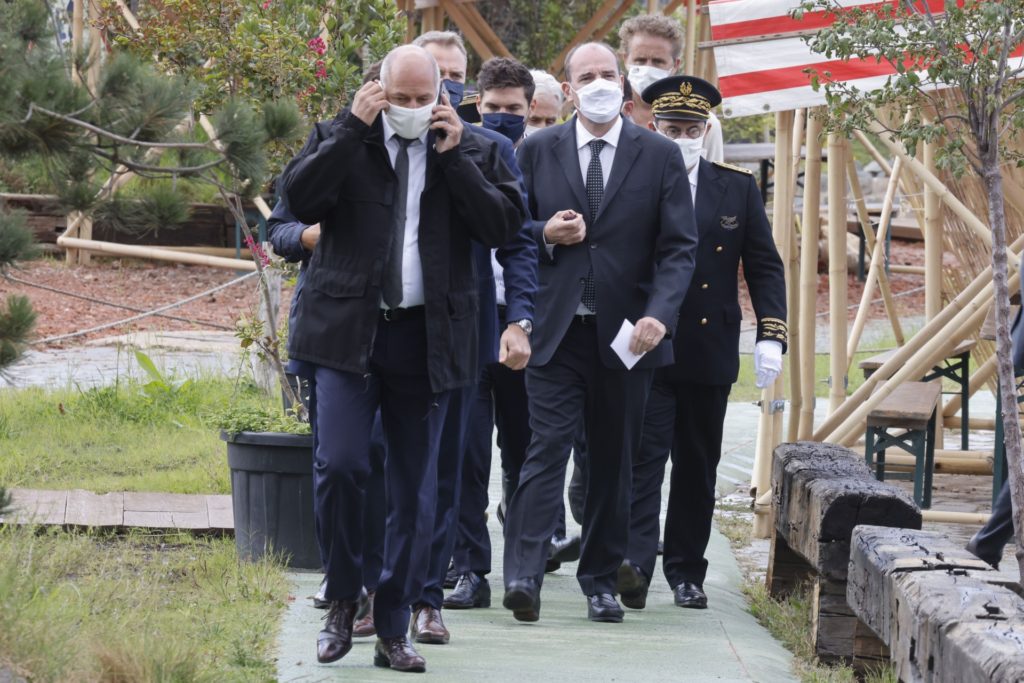 French Prime Minister Jean Castex (3rdR) arrives to give a press conference, on September 25, 2020 in Pantin, after four people were injured, two seriously, in a knife attack in Paris near the former offices of French satirical magazine Charlie Hebdo. (Photo by LUDOVIC MARIN/AFP via Getty Images)

This story is developing…