A prospective TikTok buyer may struggle to replicate the video app’s magic if it buys the service without its recommendation algorithms, experts tell Business Insider.

Parent company ByteDance is currently in negotiations with bidders over the sale of TikTok’s US business after President Trump in August ordered a sale or total ban. Lead bidders for the floated $20- to $30 billion deal include Microsoft, in partnership with Walmart, and Oracle.

But discussions have been slowed by new Chinese rules restricting the export of key services, including algorithms. The upshot is that a US buyer may end up buying TikTok’s US arm but only licensing the recommendation algorithm that makes the app so compelling.

“I personally think TikTok wouldn’t be TikTok without its algorithm,” said Bondy Valdovinos Kaye, a researcher at Queensland University of Technology, who has investigated TikTok.

TikTok has charmed around 100 million users in the US, and superficially isn’t that different from YouTube. Individuals upload short videos of themselves doing anything from participating in set challenges to posting comedy skits and memes.

What differentiates the app is its “For You” page, or FYP, which throws up a beguiling mix of random, highly shareable short videos. Like YouTube and apps like Netflix, this centers on a system that recommends what users should watch next. What’s uncanny about TikTok is how good it is at it.

The algorithm was developed as a collaboration between ByteDance’s AI Lab and Peking University, Valdovinos Kaye said, and is the secret sauce that powers all ByteDance’s software.

Initially developed for Toutiao, ByteDance’s news aggregator, it is now used in every version of ByteDance’s apps, including Douyin, the Chinese version of TikTok.

“We’re yet to see anyone else really successfully master recommendation to the degree they have,” said Sabba Keynejad of Veed, a video editing app that has attempted to reverse engineer the algorithm.

When Valdovinos Kaye visited the Beijing offices, he was confronted with a multi-story office packed with programmers. (TikTok was approached to participate in this story but declined an interview request. They did, however, publish a blog post in June providing a high-level explanation of the workings of its algorithm.)

It’s more than just the algorithm 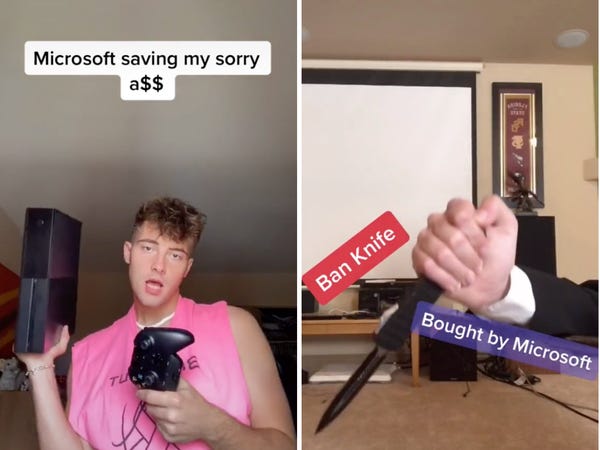 Keynejad added that we may be bestowing the algorithm with more influence than it has.

“The algorithm isn’t the thing that runs everything but I think it’s a perfect storm,” he said. “It’s product meets the right time in the market, meets these unengaged teens with this great recommendation engine, and all these themes running through the app.”

That’s something Eugene Wei, a former product chief at companies including Flipboard and Amazon, agrees with. Wei previously delved into the magic behind TikTok’s algorithms in a popular blog post.

“It has really easy-to-use video filters and editing tools combined with an algorithm that puts it in front of a lot of people quickly and gets feedback,” he said. “That whole flywheel is connected at every point.”

He added: “A lot of people are treating the algorithm by itself as some sort of black magic.

“I don’t think it’s actually that. Most people who build recommendation engines using machine learning say it’s pretty likely the techniques they use are pretty standard.”

Nikita Aggarwal of the Oxford Internet Institute added that the algorithm learns from the huge amounts of data that TikTok is able to draw on.

“It collects potentially more user data from other apps, and so is able to better profile the user and therefore recommend what videos they are more likely to enjoy,” she said. She also agrees that the app’s design — and its focus on full-screen immersive video — helps improve its popularity.

The app can also test a user’s interests at a scale unimaginable for other platforms such as YouTube.

The short format of TikTok videos — none longer than a minute — means users can rifle through them at a far faster rate than on YouTube, where the average video can be more than 12 minutes long.

“It’s harder to do for YouTube because they don’t necessarily have an app that is putting a lot of random videos in front of a lot of people,” Wei said. “People kind of self-select what they watch on YouTube, which is fine …”

TikTok’s For You page serves its users hundreds of videos an hour, meaning it can occasionally try videos that it’s not certain users will like with little effect.

“The feedback only takes a few seconds for me to register how I feel about a video, and because it’s full screen, the app can assume that whatever I do reflects my opinion on that video,” said Wei.

That real-life data used to hone TikTok’s machine learning algorithm is in turn more powerful than the training datasets other services use.

A buyer will struggle to replicate the algorithm’s power

Even if it’s a relatively standard algorithm, TikTok’s has been well-trained on its near-600 million monthly active users — which could prove problematic if the algorithm isn’t transferred over through a sale.

“I think you can still replicate a lot of the magic of the algorithm if they were going to give you all the user data and all the video data, but you’d have to be willing to support that entire process,” said Wei.

“One of the things that comes up in this context is how you associate the values of the algorithmic system or the algorithm and the data it’s trained on,” added Aggarwal.

“If it was sold to Microsoft, Microsoft presumably could benefit from the same data, but there are the insights that ByteDance has already acquired from users it’s already had or exposed the machine learning algorithm to, and that is valuable.

“The historical training has legacy value which clearly China recognizes.”