While the coronavirus pandemic has largely crippled America’s economy, there have been some unexpected winners in the COVID-19 era — from baking yeast to the Nintendo Switch.

The golf pushcart industry is another one of these pandemic successes. With many courses pausing rentals of golf carts and pushcarts to prevent the spread of the coronavirus, many golfers have started buying their own.

Business Insider recently spoke to Steve Skinner, owner of The ProActive Sports Group, a small business in Oregon which has the exclusive American distribution rights for Clicgear, a Chinese product described as the “Rolls Royce of pushcarts.”

ProActive is one of many American retailers that have had an unprecedented year, impacted first by the US-China trade war, and then a global pandemic that brought the economy to a standstill.

Skinner explained just how measured success is in 2020, with the company only now recovering from being slapped with tariffs, and now struggling to keep up with the country’s newfound demand for its products. 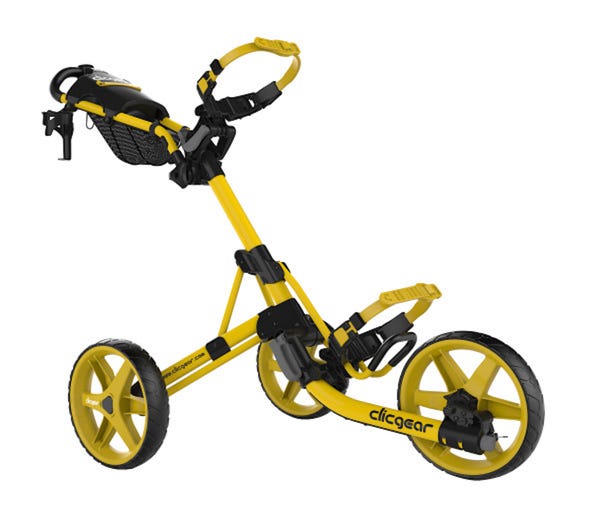 The ProActive Sports Group has been constantly selling out of their Clicgear pushcarts since many golf courses stopped renting pushcarts during the coronavirus pandemic.

Last year ProActive saw sales of Clicgear pushcarts dive 30% when they were made subject to a 25% import tariff by President Donald Trump’s administration, and the company had to raise prices to accommodate the new tax, Skinner said.

In December, Skinner flew to China in an attempt to negotiate a better price with Clicgear’s manufacturers, visiting the company’s factory in Guangdong province.

His Chinese colleagues were “not at all” helpful on that front, Skinner said, and he returned to the US on December 17.

Less than two weeks later, the city of Wuhan — located some 600 miles north of Guangdong — would report its first case of what we now know as the novel coronavirus, which would go on to infect millions of people around the world. 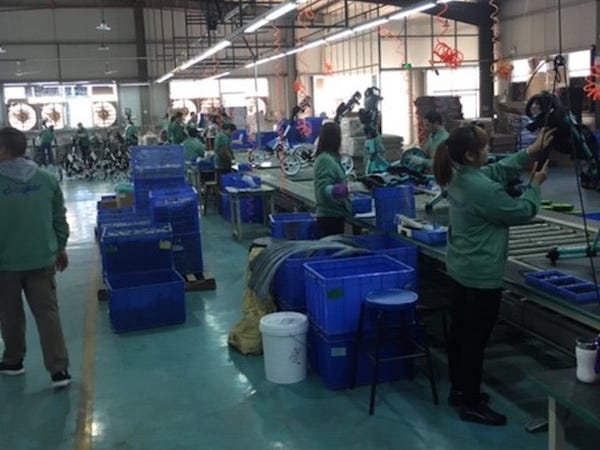 Clicgear pushcarts are seen being made at a factory in Guangdong, China in December.

At first, the pandemic looked to be the second of two major blows to Skinner’s company in 2020.

It was a scary moment for the company in early spring, Skinner said, when more than half of America’s golf courses were closed, with much of the nation under lockdown orders. 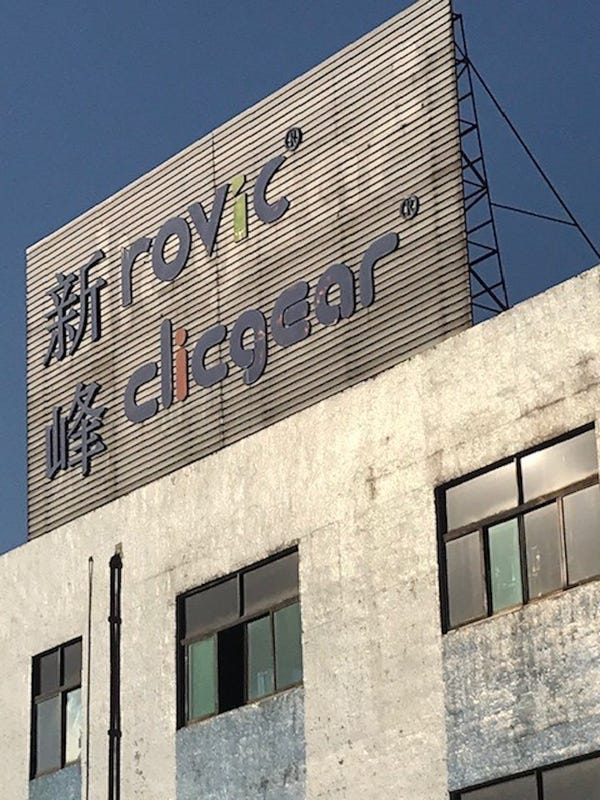 The exterior of the Clicgear factory in Guangdong, China.

But as the states began coming out of lockdown in April, pushcart sales began to rise as courses reopened and Americans were eager to get out of the house and play golf — one of the only sanctioned activities.

It wasn’t business as usual, though. Many courses reopened with new measures to prevent the spread of coronavirus — such as keeping clubhouses closed and removing communal bunker rakes.

Some courses also moved to pause pushcart rentals to curb the spread of the disease, which in turn created an unexpected boon for ProActive’s business.

Sales have boomed, but problems remain

The newfound demand for Clicgear pushcarts has only resulted in moderate sales numbers for ProActive.

After Skinner’s China trip in December, ProActive chose not to raise the price of the pushcarts, believing they would become too expensive for consumers (the company’s most popular Clicgear cart retails for $259).

As a result, the company is only just getting back to pre-trade war sales numbers now.

“In retrospect, we should have raised the price because the demand became so high,” Skinner said. “Consumers would have paid $20 to $30 dollars more. But we didn’t want to do it in the middle of a pandemic because it would have been perceived as price gouging.”

“Once we set our price, we wanted to stick with it.”

Meeting the newfound demand has also been “very challenging.”

“We’re always out of carts. Every shipping container — and we get about two a week — is sold out before they even get here.”

One of its products, the Clicgear 4.0, has become so popular that it is sold out online and, according to The Wall Street Journal, has been selling on eBay for $700.

Skinner said that the Clicgear factory is up and running but a lot of the workers never returned after the coronavirus lockdowns, so production has been cut in half. There’s also the issue of getting the pushcarts to the US.

“So many container ships have been taken out of service that the ones that are still in service are overbooked. It’s very difficult to get containers on ships, they overbook just like the airlines and just release space to the people who are willing to pay the most,” he said.

“We’re struggling. I’ve got 11 containers of carts at the factory that I can’t get on ships.”

When asked whether ProActive is preparing for the possibility for Clicgear factories shutting down if China sees a resurgence in infections, Skinner said: “I worry more about our country shutting down that I do about them, given the current information.” 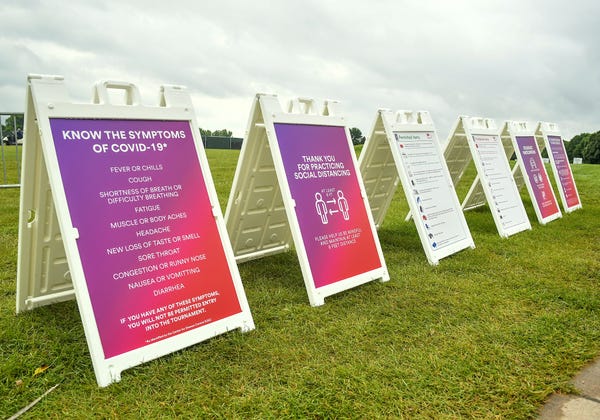 COVID-19 information is displayed on sandwich boards during a practice round of the 3M Open golf tournament at TPC Twin Cities in Blaine, Minnesota, on July 21, 2020.


At the end of the day, Skinner says he’s just glad his company is managing to stay afloat during this uncertain time.

“We feel very lucky just to be back to normal,” he said.

Skinner said he realizes that everything could change in an instant depending on how governments respond to the pandemic going forward.

“It all depends on what happens with lockdowns,” he said. “Right now, golf has seen a huge uptick in participation, with new golfers coming in and golfers who quit coming back. Rounds played are way up there, and that’s because courses are open. But if they start closing down courses again, that’s all going to drop off.”