If a fire breaks out in a school or a movie theater, everyone knows what to do: head for the exits.

The exit plan for this pandemic, on the other hand, is uncharted territory.

What’s certain is that a vaccine is crucial. That’s why scientists and governments are working at unprecedented speeds to create one. Since the start of the outbreak, top health officials have said it’ll take about 12-18 months for a vaccine to be ready. Anthony Fauci, director of the National Institute of Allergy and Infectious Diseases, has said he’s “optimistic” that we’ll have at least one vaccine ready by the end of this year or the start of 2021.

But even that timeline is unknown.

Plus, even once we create a promising vaccine, big challenges to humanity’s exit strategy come after that: in testing, mass-manufacturing, and distributing these vaccines fairly and affordably. More insidious political and cultural barriers may also arise, since even if a vaccine is produced and distributed in record time, many Americans say they won’t opt in.

Progress to date looks good: More than 150 coronavirus vaccine programs are underway. While the majority are still being developed on laboratory benchtops, about two dozen are already being testing in people.

The frontrunners, from Moderna, Pfizer, and AstraZeneca, are on the verge of kicking off clinical trials that will enroll tens of thousands of volunteers to help determine whether the shots prevent coronavirus infections or enable people to fight off the virus if they do get sick.

Read more: There are 24 coronavirus vaccine candidates now in human trials. Here’s how drugmakers see the race for a cure playing out in 2020.

Pharmaceutical giant Merck is also working on a coronavirus shot but hasn’t provided details on when it might be ready.

“I think when people tell the public that there’s going to be a vaccine by the end of 2020, for example, I think they do a grave disservice,” Kenneth Frazier, Merck’s CEO, said in a recent interview with Harvard professor Tsedal Neeley. “We don’t have a great history of introducing vaccines quickly in the middle of a pandemic. We want to keep that in mind.”

Here are the seven major questions that need to be answered before a coronavirus shot is within reach.

Is the vaccine safe? 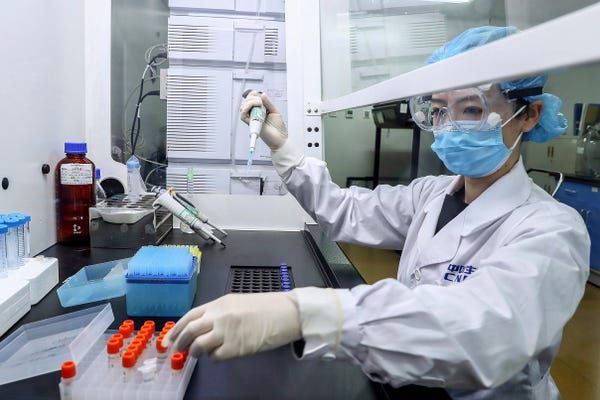 A staff member tests samples of a potential COVID-19 vaccine at a production plant of SinoPharm.

Because vaccines are designed to prevent disease in people who aren’t sick, regulators, doctors, and the public have little tolerance for side effects, particularly lasting or damaging ones.

Early coronavirus vaccine safety tests, done in small groups of young, healthy people, so far show that the majority of vaccinated volunteers experience some mild side effects, such as fevers, fatigue, and pain at the injection site.

Read more: The first look at human data from the coronavirus-vaccine front-runners is in. Here’s how Pfizer, Moderna, and AstraZeneca stack up as they race to have their shots ready this fall.

That raises questions about whether people who are older or who have preexisting health conditions — those who need protection from COVID-19 the most — will tolerate these shots as well as the test groups. Additional trials are underway in larger groups of people, including the elderly and people with comorbidities.

When vaccine candidates get tested in tens of thousands of people, it’s possible we’ll learn about additional problems, including ultra-rare but serious side effects that have hindered some previous vaccine programs. There’s also a theoretical risk that a vaccine could make the disease worse in some people, a phenomenon called antibody-dependent enhancement.

Does the vaccine work?

The answer to this question is probably more complicated than a simple yes or no.

A perfect vaccine would be 100% effective at preventing viral infections. But no vaccine developer expects this to be the case with COVID-19. The US Food and Drug Administration has said it wants to see at least 50% effectiveness before it approves a shot. 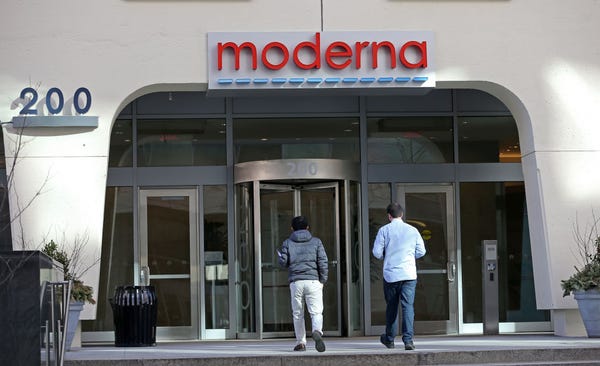 A coronavirus vaccine could wind up being partially effective, like the flu shot, meaning it reduces the likelihood that people who get the shot develop serious symptoms.

Moderna, for instance, has designed its big human trial to detect whether its coronavirus vaccine can achieve at least a 60% reduction in symptomatic disease.

So even with a vaccine, it’s likely that there will be some coronavirus that continues to circulate in society.

Will protection from a vaccine fade over time? 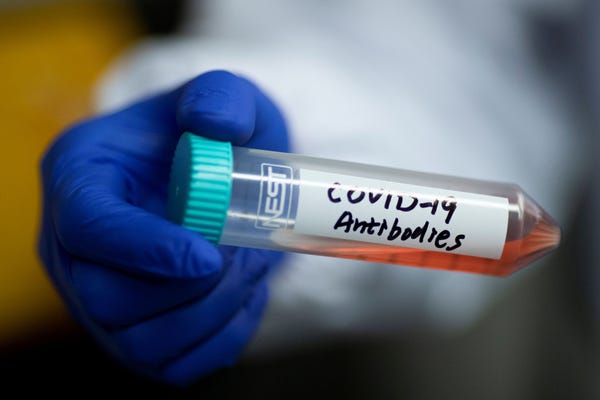 Vaccines are created to prompt your body to generate antibodies that protect you from future infection.

Companies like Moderna, Pfizer, and AstraZeneca have compared their vaccines to a sampling of recovered COVID-19 patients in early studies. The results have shown that the shots generate an antibody response that’s at least as strong as what a typical COVID-19 survivor’s body naturally develops.

But some research suggests coronavirus antibodies don’t last very long — one study suggested antibodies might last only three to five weeks in some patients. If antibodies are really that fleeting, a vaccine’s protection could be short-lived, too.

Still, experts say that’s no cause for panic, since our body’s immunity isn’t just tied to antibodies. White blood cells have an impressive immunological memory that can help the body identify and attack the invading virus should it ever return. T cells can destroy infected cells, and B cells work to produce new antibodies. A vaccine could help create both.

“There’s no evidence that immunity is fleeting and no rigorous estimates yet of how long it will last,” Marm Kilpatrick, a disease ecologist at University of California Santa Cruz, told Business Insider. 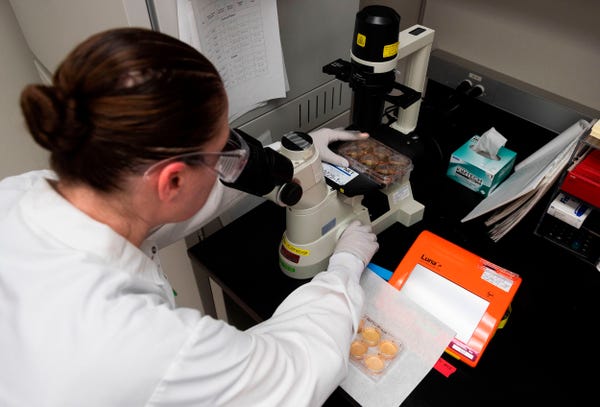 Dr. Rhonda Flores looks at protein samples at Novavax labs, one of the labs developing a vaccine for the coronavirus, in Gaithersburg, Maryland on March 20, 2020.

And even if antibodies wane over time, that’s not a deal breaker for a vaccine, according to Florian Krammer, a vaccinologist at the Icahn School of Medicine at Mount Sinai.

“This happens for a lot of vaccines,” he previously told Business Insider. “It’s not a problem. You can get revaccinated.”

Many vaccines have to be given repeatedly, or boosted, at some point in a person’s life.

“To be quite honest, the least of our problems is, ‘Do we have a vaccine that is going to last us for years?'” Maria Elena Bottazzi, a vaccine developer at Baylor College of Medicine, told Business Insider.

Can we mass-produce it?

Say a vaccine is found to be safe and effective for widespread use. Then comes another huge challenge: developers will have to make massive quantities of it.

The leading vaccines use several different technologies — such as mRNA, recombinant protein, and adenoviruses —each of which has its own complex manufacturing process. While all the leading vaccine developers have been scaling up their production capabilities, none will be able to meet worldwide demand anytime soon. 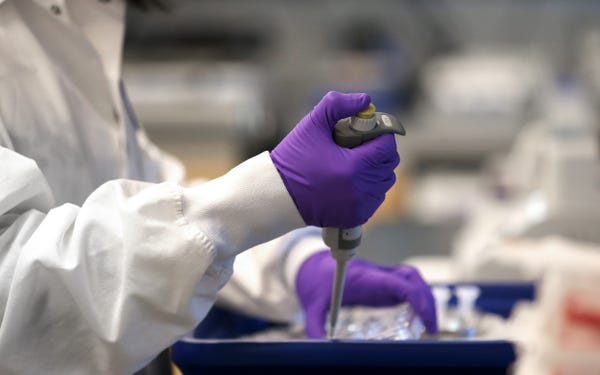 Scientist Xinhua Yan works in the lab at Moderna in Cambridge, Massachusetts, on February 28, 2020.

Constraining supplies further, Moderna, AstraZeneca, and Pfizer all say their vaccines will require people to get two shots a few weeks apart.

What’s more, when vaccine vials come off the factory line, the last mile of their journey may be the hardest. Some of the candidates, such as Moderna’s and Pfizer’s, need to be kept in freezers or refrigerators to work. Moderna’s vaccine, for instance, needs to be stored at minus 4 degrees Fahrenheit.

That will pose a formidable infrastructure issue for the developing world, particularly in places where electricity or established health systems are not widespread.

When will we really have a vaccine?

Having a vaccine is a mushy concept: Do we “have a vaccine” when one succeeds in clinical trials? Or when it’s approved by regulators? Or only once there are enough doses available to inoculate the world?

It’s possible that a vaccine could secure emergency use authorization from the FDA in the US as soon as this fall, but that doesn’t mean it would be widely available.

According to David Heymann, an epidemiologist and advisor to the World Health Organization, it’s likely that those first limited doses will go to the swaths of the population at greatest risk of infection.

“This would likely be health workers and carers, persons with comorbidities and the elderly,” he said. “After that other populations would likely be considered provided there is sufficient vaccine.”

The Trump administration has set a goal of having 300 million doses of a vaccine by January. 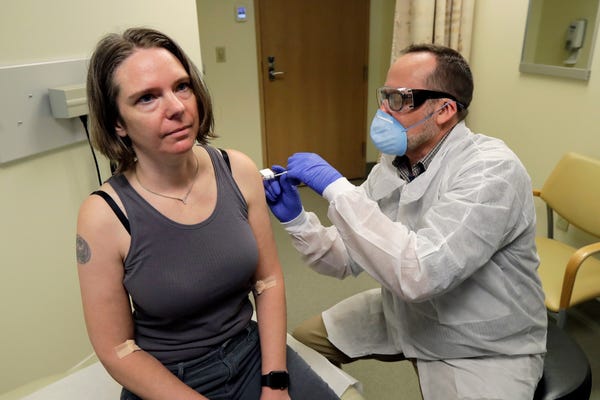 A Seattle pharmacist gives Jennifer Haller the first shot in the first-stage safety study clinical trial of a potential vaccine for coronavirus on March 16, 2020.

There’s no detailed timetable for how to inoculate the world, but getting any vaccine to the entire planet will take at least several years, if not longer. Groups like Gavi and the World Health Organization are creating a framework to ensure the developing world is not left behind.

Once we have a vaccine, will people want to get it?

Even if the US winds up ready to start vaccinating lots of people in early 2021, it’s not clear how many people would trust the shots. Scientists and some politicians have struggled for months to convince chunks of the American public that masks are worth wearing.

Winning over vaccine skeptics will likely be even more challenging. Doing so requires the public to trust the drug companies that developed the shot, the research system that vetted it in trials, and the Trump administration regulators that approved it — all of which would have happened in record time.

In a recent poll, about one in five Americans said they don’t plan to get a coronavirus vaccine, while half said they would. The rest were unsure. 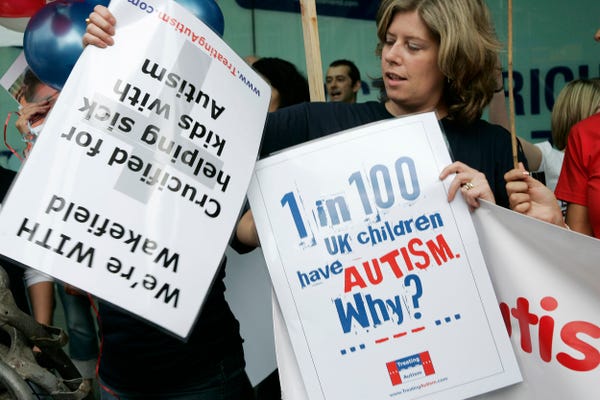 An anti-vaxxer protest in the UK.

What about booster shots?

Given that people will likely need to get two shots of a coronavirus vaccine a few weeks apart for it to be effective, healthcare systems in all countries will have to ensure that people come back for the second dose — which is sure to be a challenge.

“The more complicated the schedule, the more difficult it is to get people to come in,” Walt Orenstein, a vaccinologist and former director of the US National Immunization Program, told Business Insider.

Those challenges would only snowball if it turns out that people need to get revaccinated regularly.

Vaccines aren’t the only game in town 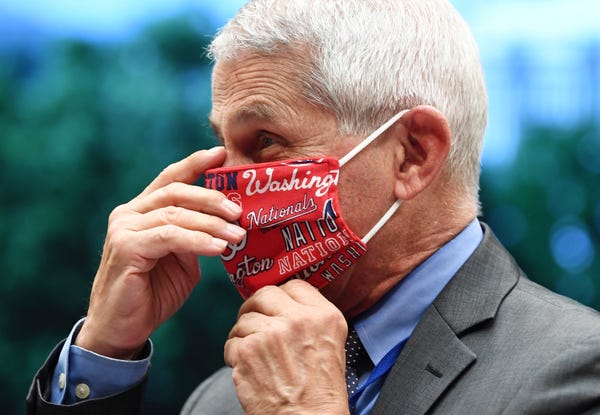 Dr. Anthony Fauci, director of the National Institute for Allergy and Infectious Diseases, puts on a Washington Nationals face mask when he arrives to testify before the House Committee, on Capitol Hill in Washington DC, June 23, 2020.

Despite the exuberance we’ve seen around many vaccine programs’ promising early results, experts have been pretty clear that even a coronavirus vaccine won’t return bring pre-pandemic life back overnight.

“Given public-health infrastructure, I doubt anyone is reasonably expecting we can eliminate the virus globally with vaccine,” Kilpatrick said. “It likely will be with us long term.”

New, experimental therapeutics could improve patient outcomes even more dramatically. In particular, antibody drugs are now being tested in humans to see if they can treat COVID-19 as well as prevent infections among high-risk people. If they work, some could be ready this fall — before a vaccine.

Read more: An antibody treatment might be our best shot at stopping the coronavirus if a vaccine doesn’t work out. Here are the 9 leading programs, including 2 that are aiming to be ready this fall.

In a July 14 livestream hosted by Stanford University, Fauci said as much.

“What we really need, and we’re on the track of getting, are interventions that can be given early in the course of disease to prevent people who are vulnerable from progressing to the requirement for hospitalization,” he said, adding, “I believe we are on a good track to get there reasonably soon.”