President Donald Trump has built a network of loyal political operatives from key battleground states who he can call at a moment’s notice to get a better handle on his reelection chances, an unusual arrangement that lets him  circumvent senior White House adviser Jared Kushner, Insider has learned.

Trump has increasingly been talking directly to senior advisers with expertise in states critical to his chances of winning a second term in November, including Pennsylvania, Ohio, Florida, and New Hampshire.

Some Trump advisers described the situation as the latest example that Kushner’s stock in the president’s inner circle is falling significantly. Others said it was an example of a presidential management style that has stymied aides repeatedly but didn’t mean Kushner’s power to persuade his father-in-law has diminished.

“Everybody’s stock in that building goes up and down,” a Trump campaign adviser said of Kushner. “By no means is he fatally wounded.”

Trump’s effort to take the reins over his reelection started about two months ago, one Republican close to the White House and the campaign said. It coincided with Trump’s precipitous slide in the polls, which has worried him and his top advisers for months.

The president’s penchant for installing loyalists even took a dramatic turn last month when Trump brushed aside objections from Florida Gov. Ron DeSantis to tap one of his most trusted advisers to serve as eyes on the ground in his own home state.

The recent moves come as Trump has soured on Kushner’s political advice, according to multiple Republicans close to the White House and the campaign who spoke with Insider.

Kushner was notably absent from Trump’s flight earlier this month from Washington, DC, to Mount Rushmore, where the president worked with White House adviser Stephen Miller and campaign adviser Corey Lewandowski to hammer out the contours of a new stump speech that plays up the notion of a culture war inside the US.

A White House official said Kushner supported Trump’s focus on “law and order” and the overall emphasis on a culture war. That’s despite Kushner’s previous efforts to have the president appeal to voters by highlighting some of his administration’s signature domestic-policy measures, including criminal-justice reform and increased funding for historically black colleges and universities.

Advisers to the campaign told Insider that Trump has increasingly directly called people like Florida adviser Susie Wiles, Lewandowski in New Hampshire, Bob Paduchik in Ohio, and David Urban in Pennsylvania. The calls mark a new effort by Trump to circumvent Kushner, they said. One adviser said that even though Trump is going around Kushner, the president’s son-in-law remains largely “untouchable” as one of the few people guaranteed to never get fired by Trump.

Other campaign advisers said they viewed Trump’s moves as more of an effort to get his own hands on the campaign. They cited the struggles of previous aides like former chief of staff John Kelly, who couldn’t rein in Trump and ultimately left the job in January 2019.

“He is not sidelining Kushner. He always did this because he wanted everything direct. It is why he does not like chiefs of staff,” a former adviser on Trump’s 2016 campaign said. “He will use the info to confront someone if it is not consistent. He does not trust anyone when it comes to making decisions for him.”

A senior administration official said Kushner has been actively helping Trump reach out directly to state leaders by keeping a running list of battleground directors for the president to call. Kushner has also been flying state directors into Washington to brief Trump directly.

“Jared’s relationship with the president is as close as it has ever been,” the administration official said, adding that people who say Kushner has been sidelined are “trying to cause trouble.” The official also said Kushner played a key role in rehiring Wiles, Trump’s 2016 director in Florida, for the 2020 campaign. 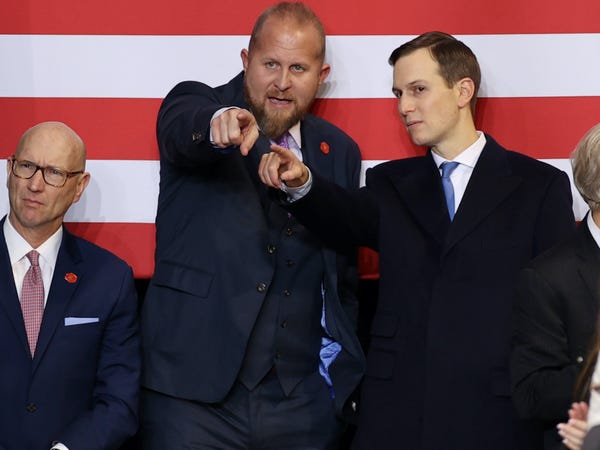 Trump advisers have long chafed at the iron grip Brad Parscale and Jared Kushner have held on the 2020 campaign.

‘Getting the band back together’

Trump has been talking for months about “getting the band back together,” a reference to the people who were part of his 2016 upset of Hillary Clinton, as he has sinks in the polls to presumptive Democratic nominee Joe Biden.

Public polling throughout the spring and into the summer has shown Trump losing handily to Biden in the Rust Belt, and even losing ground in states thought to be Republican strongholds like Arizona, Texas, and Georgia.

But Trump didn’t start rebuilding his 2016 team until mid-May, as his administration was overwhelmed with the US response to the coronavirus pandemic.

Some of his top advisers with lines into key battleground states had already been in his orbit. Republican National Committee Chair Ronna McDaniel, one of Trump’s closest political advisers, remains a direct link to Michigan, where she worked as the state’s Republican Party chairwoman during the 2016 campaign.

Kushner and Ivanka Trump reached a detente with Lewandowski last summer after freezing Trump’s first 2016 campaign manager out of the action for two years. Lewandowski, who lives in New Hampshire and last year briefly considered running for a US Senate seat there, speaks regularly on the phone with the president. He is also a frequent presence on Air Force One when Trump flies to events.

In Arizona, Trump can directly call Jeff DeWit, his new campaign chief operating officer and the former top financial staffer for NASA. His lines into Pennsylvania and Ohio go through his longtime campaign advisers Urban and Paduchik, respectively, the Trump advisers said.

“He doesn’t like the hierarchical organizational chart,” said one Republican close to the White House and the campaign familiar with the recent moves.

Trump’s efforts to bring in people who report directly to him mirror his 2016 campaign and his White House style. It comes at a cost, though, as other aides kept out of the loop try without success to limit the number of advisers who can easily be in touch with the president.

Trump advisers had long chafed at the iron grip Kushner and Parscale held on the campaign, blaming their inexperience for missteps through the start of the year. Some advisers praised the duo’s decision to bring on former Bush strategist Karl Rove as an informal adviser, but Rove publicly distanced himself from the campaign after Insider reported on his involvement.

Trump and Kushner, meanwhile, brought back Jason Miller to run the campaign’s press operation. Miller has taken on increased power inside the campaign, implementing items like a daily talking-points briefing that had been lacking under Parscale and Kushner’s watch. Advisers have credited Miller with improved messaging from the campaign itself, even if Trump frequently undercuts it.

Spokespeople for the Trump campaign did not return multiple requests for comment. 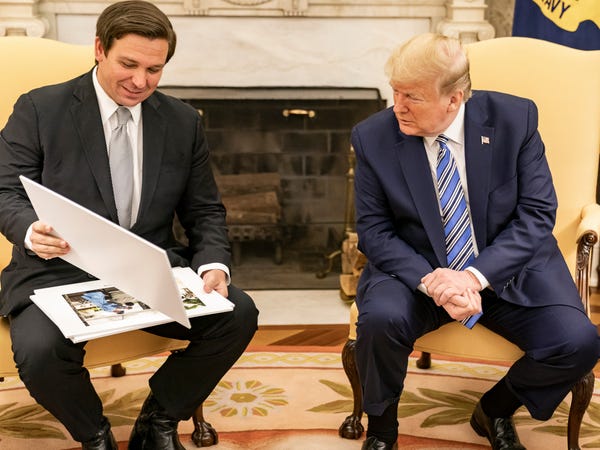 Trump’s decisions to lean on operatives in the swing states has repeatedly sparked controversy inside the president’s orbit.

In May, the president lashed out at Parscale over his falling poll numbers and requested a report directly from some of his battleground-state directors in Arizona and Florida. Shortly after that meeting, Kushner installed former White House political director Bill Stepien as the de facto campaign manager, layering over Parscale without removing him.

The president’s concerns about the Sunshine State continued into June when Trump hired Wiles, a trusted hand from 2016 and supreme operator in Republican politics.

Wiles had run Trump’s Florida operation in 2016 and remained close to the president. But DeSantis had boxed her out of the 2020 reelection campaign because of a lingering dispute over accusations connected to his own 2018 gubernatorial victory that she had leaked to reporters internal correspondence, according to Republicans familiar with the matter.

DeSantis, working in partnership with Parscale, had succeeded in keeping Wiles out of action until the president’s advisers started pushing him to rehire her amid concerns they could lose the critical swing state and its 29 Electoral College votes.

Last month, when Trump told aides he was planning to bring Wiles back in a formal capacity, DeSantis lobbied the president to try and keep her off the campaign, according to multiple Trump advisers familiar with the matter. But Trump brushed aside DeSantis and the campaign tweeted that Wiles was back.

“Susie Wiles (@susie57) was a very important part of how we Made Florida Great Again with @realDonaldTrump in 2016 and it’s tremendous to welcome her back to the team,” the Trump campaign tweeted, over DeSantis’ objections. “We will win Florida again going away!”

Wiles and aides to DeSantis did not return multiple requests for comment about the situation.

Trump Campaign Has Signed Up…