Just a few years ago, automakers around the world and technologists in Silicon Valley were confidently predicting that fully autonomous vehicles were just around the corner.

By 2020 more or less, they forecast that cars — some of them operated by so-called robo-taxi services — would be able to pick up passengers from just about any point on the map and deliver them to just about anywhere else.

It turns out that vision is going to be much harder to realize than many of the technology’s backers admitted at the time. And it’s going to cost a lot more time and money.

Those are some of the key lessons to be learned from Amazon’s announcement last week that it plans to buy autonomous vehicle startup Zoox for a fraction of its previous valuation, industry experts told Business Insider. Another lesson: Because of that fact, there’s likely to be a lot more consolidation to come.

“A lot of the business case assumptions and model assumptions, historically, have started to fall apart as people really started to realize just how challenging this robo-taxi problem really is,” said Austin Russell, CEO of Luminar, which is developing a sensor system for use in partially and fully autonomous vehicles.

Zoox raised a lot of money, but it wasn’t nearly enough

Amazon reportedly plans to buy Zoox for $1.2 billion. Although the e-commerce giant says it plans to allow the company to continue operating independently, the deal is something of a come-down for the startup.

Founded in 2014, Zoox was highly ambitious. It planned to create a fully integrated robo-taxi company — developing not just the software to power self-driving cars, but the cars themselves, and its own ride-hailing service. While it had experienced some management turmoil — investors forced out then-CEO Tim Kentley-Klay two years ago — its engineering team was highly regarded in the industry. Through October, the company had raised nearly $1 billion and was pegged with a valuation of $3.2 billion.

That the company is selling for little more than a third of that valuation — and only a bit more than what was invested in the company — says a lot about the state of the industry and how far away Zoox is to realizing its vision, industry experts said.

The $1 billion that was already invested in Zoox was essentially seed capital, Russell said. To see its vision through, it was likely going to need many times that amount of cash, he and other experts said.

“I know that it seems from the outside, to Silicon Valley software investors, that they … raised a lot of money,” said Reilly Brennan, a general partner with Trucks Venture Capital, which invests in autonomous vehicle technology and other transportation-related companies. “But I’ll tell you, in the automotive industry, Zoox was far undercapitalized for what their aspirations were.”

But that problem is not unique to Zoox, the experts said. Self-driving car technology is proving to be a much more complex and painstaking problem to solve that many originally expected. Autonomous car technology has progressed to the point where self-driving vehicles can operate safely in certain constrained environments, they said. 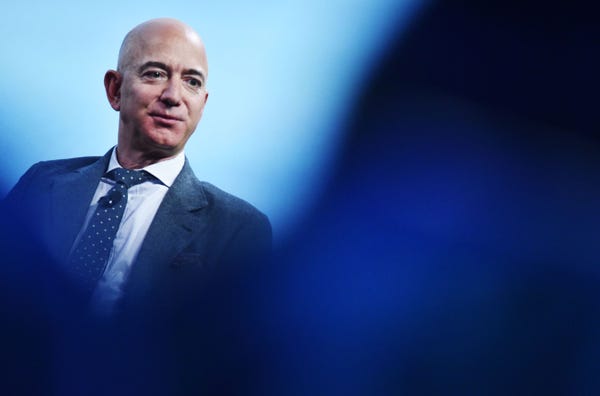 The technology has shown great promise already for use in agricultural, mining, or construction vehicles that operate in circumscribed areas off roads where they interact with few other vehicles or people and can go at slow speeds, the experts said. Autonomous systems that can take over for humans and drive long-haul trucks or even passenger cars on the highway may become commonplace in a few years.

But navigating ad hoc routes in urban environments — something that human drivers do every day and that fully autonomous robo-taxis would be expected to do — is immensely challenging. That’s because there are vast numbers of so-called edge cases — improbable but still possible scenarios — that play out in such places, they said.

“That unconstrained environment, particularly in cities and urban centers — the amount of edge cases that are there are orders of magnitude greater than what we see, for example, on a highway,” said Russell.

Even if cars have sensors to help prevent accidents, “you still have to train the vehicle on everything that can possibly happen,” he continued. “That’s very difficult when there are millions of possible scenarios.”

Solving that problem and getting robo-taxi services to the point where they are generating significant revenue and are commercially viable, is likely to take at least another five years, if not a decade or more, the experts said. Industrywide, the effort is likely to require an additional investment billions — and potentially tens of billions — of dollars, they said.

That reality is far different than the initial hype and forecasts.

“Robo-taxis are coming to market at a slower pace than what many investors and technologists previously thought,” said Quin Garcia, managing director at Autotech Ventures, which invests in transportation-related startups.

The industry is likely to see continued consolidation

That difference between expectations and reality is helping spur consolidation in the space, the experts said. In addition to Amazon’s acquisition of Zoox, GM purchased rival self-driving car startup Cruise in 2016, and Uber bought Otto, which was working on autonomous technology for long-haul trucks that same year. The following year, Intel purchased MobileEye, which was developing computer vision technology for use in autonomous vehicles. Last year, Daimler Trucks purchased Torc Robotics, which, like Otto, was working on self-driving trucks.

More consolidation will likely follow with other startups in the space being snapped up by bigger companies, the experts said. The winners in the self-driving car industry will likely see enormous returns on their investment. But the prospect of having to invest for a decade or more before seeing any kind of a payoff doesn’t fit particularly well with the venture capital model, in which funds are typically structured to last only 10 years and are usually designed to see returns much sooner than that.

“There’s going to be a lot significant pressure on these companies to drive toward consolidation,” Russell said. “If you can’t have a business case for the next 10 years that makes it viable as an independent company,” he continued, “what [else] are you going to do?”

Among the companies that could become takeover targets, Brennan said, are Aurora, a Silicon Valley-based startup backed by Amazon that’s working on self-driving car technology; May Mobility, which is developing autonomous shuttle buses; and Gatik, a company Trucks has backed, which is focusing on self-driving short-haul trucks that could deliver groceries, say, from a store to a house.

Potential acquirers will likely need to be big companies with deep pockets that can invest for the long term or see autonomous vehicles as meeting a core need, the experts said. That group likely includes vehicle manufacturers and automotive industry parts suppliers could be among the companies that make acquisitions, Garcia said.

But companies like Amazon that spend a lot of time and money moving goods from place to place — or helping customers do that — likely also will be interested, Brennan said. That could include retailers like Walmart, Target, Costco, and the big grocery chains; ecommerce companies such as eBay and Shopify, and shipping companies such as UPS and FedEx.

Amazon, as it has been in other areas of logistics, is likely years ahead of the game. Its rivals will likely follow, Brennan said.

“In three to five years, a lot of major companies that compete against Amazon will have a significant amount of autonomy in house, and the reality is they’re going to have to acquire a lot of that stuff, because most of them don’t have their own in-house autonomy groups,” he said.

Got a tip about the autonomous vehicle industry? Contact Troy Wolverton via email at twolverton@businessinsider.com, message him on Twitter @troywolv, or send him a secure message through Signal at 415.515.5594. You can also contact Business Insider securely via SecureDrop.