The study, published on Monday in the journal Proceedings of the National Academy of Sciences, describes a flu strain that shares genes with the one that caused the 2009 swine-flu pandemic. The researchers behind the work warned that the flu strain has “pandemic potential.”

They described the virus as a combination of three strains: one from European and Asian birds, the one that caused the 2009 pandemic, and one from North America that has genes from bird, human, and pig flu viruses.

The new strain could pose a major threat if it’s able to circulate among humans, the researchers wrote. It doesn’t seem to do that yet, but antibodies to this type of virus were detected in 35 slaughterhouse workers, indicating that they may have been infected at some point in the past few years. The researchers said that because the strain contains parts of the 2009 swine-flu virus, it “may promote the virus adaptation” that leads to human-to-human transmission.

Dr. Anthony Fauci, director of the National Institute of Allergy and Infectious Diseases, said at a Senate briefing Tuesday that this new virus was “not an immediate threat” but something to “keep your eye on.”

Given the devastation the coronavirus pandemic has caused, the researchers behind the study said, it’s critical to take proactive measures now to protect people against this swine flu. 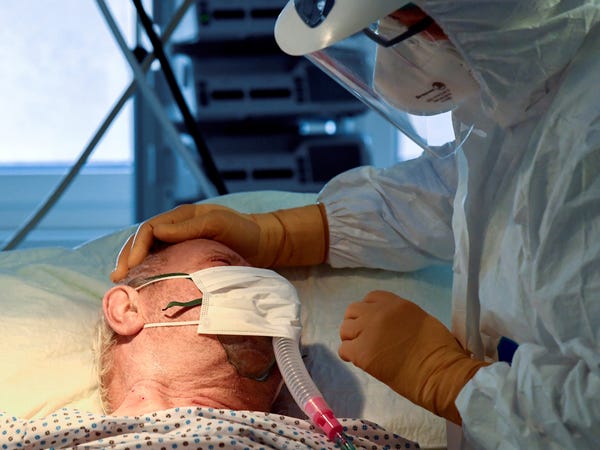 A coronavirus patient in the intensive-care unit at a hospital in Varese, Italy, on April 9.

An emerging type of swine flu

Identifying new virus strains in pigs is crucial for preventing another pandemic.

The 2009 H1N1 pandemic was caused by an influenza A virus that emerged from pigs. The animals can serve as a reservoir for infectious diseases, since they can be infected with bird, pig, and human influenza strains.

When multiple strains of influenza infect the same pig, the viruses can swap genes in a process called reassortment, leading to the creation of a new disease.

The team of Chinese researchers that conducted the new study aimed to identify those types of potentially dangerous, never-before-seen viruses in pigs. From 2011 to 2018, they looked at nearly 30,000 swabs from pigs in slaughterhouses in 10 Chinese provinces and another 1,000 swabs from pigs with respiratory symptoms at a local veterinary teaching hospital.

The researchers found 179 virus strains, but this one stood out. 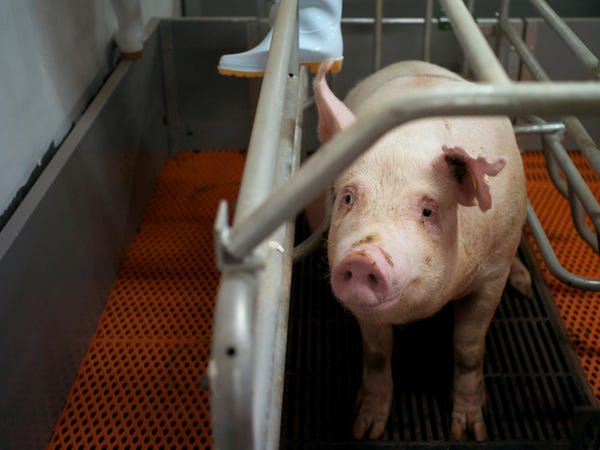 The worrisome new strain, which the researchers named G4 EA H1N1, has emerged on a larger scale in pig populations since 2016, the study said — it was “the predominant genotype in circulation in pigs detected across at least 10 provinces,” they wrote.

The team tested the virus in a lab and found that it reproduced in animals’ respiratory systems. It can spread via airborne particles. The flu strain also transmits easily among ferrets, a species scientists frequently use as an indicator of how bad a virus may be in humans because they display human-like flu symptoms.

Whether or not the virus mutates to start spreading human-to-human will determine how dangerous it is.

“Controlling the prevailing G4 EA H1N1 viruses in pigs and close monitoring in human populations, especially the workers in the swine industry, should be urgently implemented,” the researchers wrote. 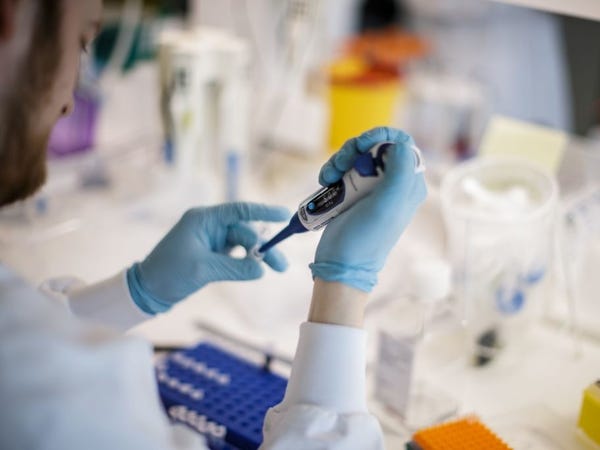 A researcher works on a coronavirus vaccine at the Copenhagen University research lab in Copenhagen, Denmark, on March 23.


The threat of another swine-flu pandemic

H1N1, which emerged at the end of 2008, infected about 60.8 million people in the US through 2010. It was referred to as “swine flu” because it originally jumped to humans from pigs.

Scientists think mammals and birds around the globe host about 1.7 million undiscovered types of viruses. Viruses in birds, bats, and pigs are especially risky for people.

Because China has the world’s largest pig population, scientists there monitor the animals to try to find emerging diseases before they spread.

“Systematic surveillance of influenza viruses in pigs is essential for early warning and preparedness for the next potential pandemic,” the researchers behind the new study wrote. 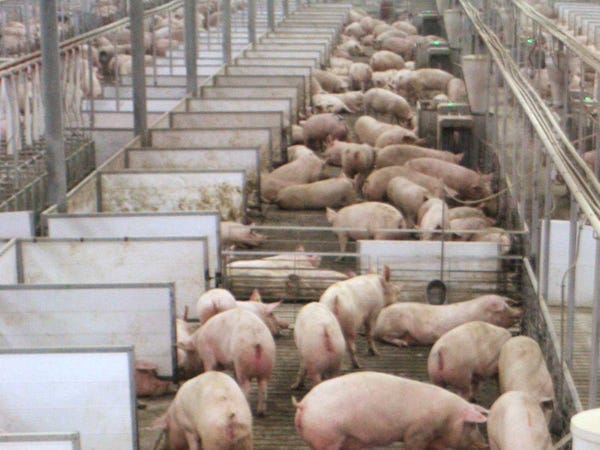 Their surveillance uncovered other concerning trends: The researchers found that the portion of pigs studied that had diseases increased over time, rising to 8.2% in 2018 from 1.4% in 2011, with a sharp increase after 2014.

A similar surveillance system also exists for coronaviruses in bats. Scientists think that the novel coronavirus, known as SARS-CoV-2, jumped to people from bats, likely via an intermediary animal species.

Correction: An earlier version of this story incorrectly said the new flu strain had not yet been seen in humans. The story has been updated.

Hydroxychloroquine: When medicine and politics…

Hydroxychloroquine: Evidence suggests it is…