China has approved plans to force new national security laws on Hong Kong, effectively curtailing the semiautonomous city’s freedoms in a move that has drawn widespread condemnation since it was first discussed last week.

The proposal was voted on by the National People’s Congress on Thursday afternoon, allowing China to unilaterally draft a national security law for Hong Kong. The annual legislative meeting largely rubber-stamps decisions already made by the top tiers of China’s Communist Party.

The next step is for China’s top legislative body to draft the official text for the new laws, which Beijing said should be done “at an early date,” according to AFP.

According to the state media agency Xinhua, Wang Chen, the vice chairman of the Standing Committee of the NPC, said that “increasingly notable national security risks” in Hong Kong had prompted China to step in and bypass the city’s legislative bodies.

Though he was not specific, his remarks were a clear reference to the protest movement that has roiled the city for much of the past year.

“Law-based and forceful measures must be taken to prevent, stop and punish such activities,” he said. 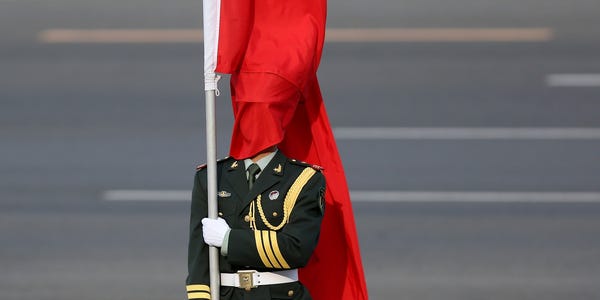 
Hong Kong formally operates with significant autonomy from the rest of China, an arrangement called “one country, two systems.” Hong Kong’s relationship with the mainland is growing fraught, however.

Hong Kong operated under British colonial rule for more than 150 years until its sovereignty was passed on to China in 1997 through an agreement called the Basic Law. This allows Hong Kong to maintain its own political, legal, and economic systems separate from China until 2047.

The Basic Law, or Hong Kong’s mini-constitution, calls for the city to enact national security laws to prohibit “treason, secession, sedition” and “subversion” against the Chinese government. It is referred to as Article 23.

Such national security laws were never enacted. An attempt to do so in 2003 resulted in mass protests that forced the bill to be shelved.

The new national security provisions would be added on to the Basic Law, according to the BBC, which also means China would be modifying the agreement without Hong Kong’s approval.

Last week, Hong Kong’s government signaled support for the legislature and said it would cooperate with China to enforce the laws in Hong Kong. 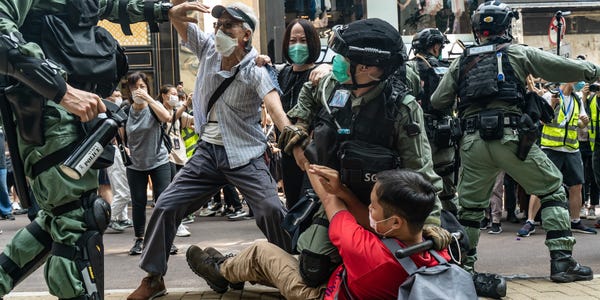 The riot police scuffled with the public in Hong Kong’s Causeway Bay district on Wednesday after the announcement that China was seeking to pass new national security laws for the city.

The pro-democracy leader Joshua Wong tweeted that the move was “retaliation” for the past several months of protest spurred by the deeply unpopular extradition-bill proposal that was ultimately shelved indefinitely.

Maya Wang, a senior China researcher for Human Rights Watch, said the bill could spell “the end” for Hong Kong.

“The end of Hong Kong is alarming not only for its people but also for the world,” she said, according to the Hong Kong Free Press news website.

In the past few days, thousands haven taken to the streets in Hong Kong, resulting in police officers firing tear gas, rubber bullets, and pepper spray onto crowds. At least 300 people have been arrested.

John Wong, a solicitor in his 30s from Hong Kong, told Insider the new rules were a “blatant violation” of Hong Kong law. He said he expected violent protests in the future.

“The rule of law, efficient and fair government, and due process that we have taken for granted seems to have been lost,” he said.

“The main feeling is frustration,” he added, “even more so than anger or sadness.”

Biden Team in Talks With…

The Covid-19 Pandemic Has Cost…

Is China Taking Over the…

China Shuts Down Travel into…

Iran: Our Hands Are “On…