Chinese President Xi Jinping urged his army to increase its preparedness for “armed combat” as protests in Hong Kong ramp up over a proposed new law that would effectively strip away the city’s autonomy.

Xi on Tuesday told Chinese military officers on the sidelines of the National People’s Congress (NPC) — an annual weeklong gathering of China’s top legislative bodies — that the military must “explore ways of training and preparing for war” amid the coronavirus pandemic.

“It is necessary to explore ways of training and preparing for war because epidemic control efforts have been normalized,” Xi was quoted as saying by the state-run Xinhua news agency, according to South China Morning Post.

According to Xinhua, Xi added that it was “necessary to step up preparations for armed combat” and improve the military’s ability to carry out missions. 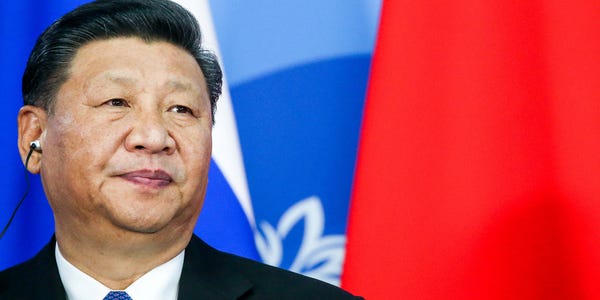 Xi also ordered the military to “think about worst-case scenarios, scale up training and battle preparedness, promptly and effectively deal with all sorts of complex situations and resolutely safeguard national sovereignty, security and development interests,” according to Xinhua, paraphrasing Xi.

The comments came as China announced a 6.6% spending increase to its national defense budget.

According to SCMP, China’s defense ministry spokesman Wu Qian told reporters on Tuesday that China’s increased budget was due to what he said were enhanced national security risks.

Wu singled out Taiwan, the self-ruling island nation that Beijing insists is part of China. Taiwan has ramped up its relations with the US in recent months, much to China’s ire. 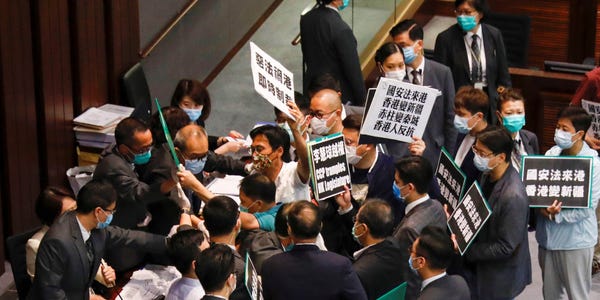 Democratic legislators in Hong Kong scuffle with security as they protest against new security laws at a Legislative Council committee meeting on May 22, 2020.

China’s focus on defense spending and preparedness comes as it moves forward with a set of controversial national security laws for Hong Kong meant to crack down on anti-Beijing sentiment.

The new proposal to target secession, subversion, and foreign interference in Hong Kong, is expected to be passed Thursday at the NPC.

The head of China’s garrison in Hong Kong, Chen Daoxiang, also vowed on Tuesday that the military outpost would protect China’s national security interests and would “act with firm resolve” to implement China’s plans for the city.

The aggressive move by China has prompted thousands to take to the streets in Hong Kong over the weekend, resulting in police officers firing tear gas, rubber bullets, and pepper spray onto crowds that gathered at the busy shopping district of Causeway Bay. 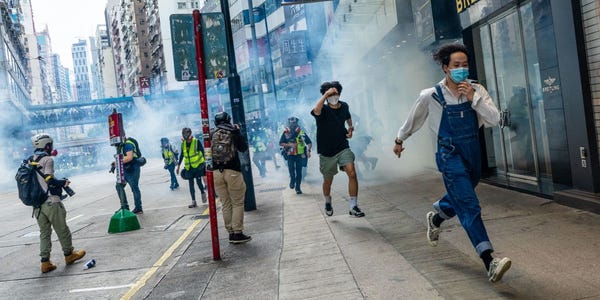 People in Hong Kong running away from tear gas fired by police during a protest against China’s national security bill on May 24, 2020.

On Tuesday, Hong Kong leader Carrie Lam addressed the outcry over the new proposal, warning that while people have a right to protest in the city, their freedom is not unlimited.

“We are a very free society, so for the time being, people have the freedom to say what they want to say,” she said, adding: “Rights and freedoms are not absolute.”

The US has also put China on notice over the move. On Sunday, White House national security adviser Robert O’Brien told NBC News’ “Meet the Press” that China’s actions indicated it was “going to basically take over Hong Kong,” and warned that it could spark US sanctions.

“If they do,” he said, Secretary of State Mike Pompeo would “likely be unable to certify that Hong Kong maintains a high degree of autonomy, and if that happens, there will be sanctions that will be imposed on Hong Kong and China.”

US General confident Iraqis will…

The Bank of England is…

South Korea says it will…

China cracks down on new…

The Queen celebrated her 94th…

The Chinese Communist Party has…

Global GDP could plummet by…

Europe Racked by Riots and…