Fourteen months after she was abducted, jailed, and accused of trying to flee Saudi Arabia, Princess Basmah bint Saud bin Abdulaziz al-Saud hoped she would be freed this Ramadan, but her pleas have fallen on deaf ears.

Every year the king, Salman bin Abdulaziz Al Saud, issues pardons for hundreds of prisoners as a gesture of goodwill during the Islamic holy month, which this year ran from April 23 to May 23.

On April 16, the princess broke her 13-month silence to reveal on Twitter that she was in jail, and begged her uncle King Salman and cousin Crown Prince Mohammed bin Salman for freedom.

“I am beseeching my uncle … and my cousin … to review my case, and to release me as I have done no wrong. My current health status is VERY critical,” she said in a series of tweets.

Those tweets were deleted shortly afterward, and all her communications from prison were cut. Her office reposted the tweets on April 27. 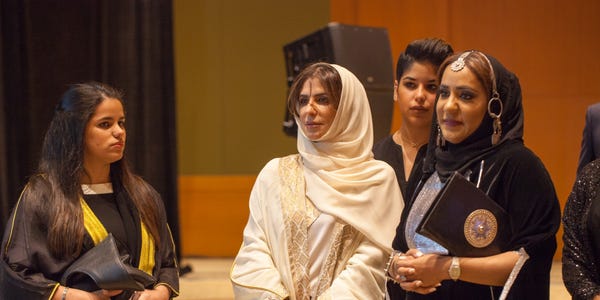 Basmah (center, in white) and her daughter Suhoud al-Sharif (left).

Basmah and her 28-year-old daughter, Suhoud al-Sharif, were abducted at their apartment building in Jeddah on March 1, 2019, and detained shortly after.

They were later taken to the high-security al-Ha’ir prison, where they have remained since.

Basmah was initially charged with using a fake passport and suspected of trying to flee the country. The charge was dropped in May 2019, but she remains in prison.

“Al-Ha’ir prison repeatedly told us that there are no charges, or ongoing investigations, upon us, yet we remain imprisoned,” Basmah tweeted on April 27.

Her hopes are now in the hands of the UN Working Group on Arbitrary Detentions.

The group sent an “urgent request” for Basmah’s release to the Saudi Foreign Minister in mid-April, a business associate of the princess told Insider. The associate wished to remain anonymous, citing safety concerns, but their identity is known to Insider.

The secretariat of the UN working group told Insider: “Due to the confidentiality of the proceedings we are not in a position to comment.”

Last week, hopes of a release were stirred when Basmah’s youngest son, Ahmed al-Sharif, was told that she would be freed, the business associate told Insider.

Ahmed has travelled to al-Ha’ir several times to inquire after his mother. 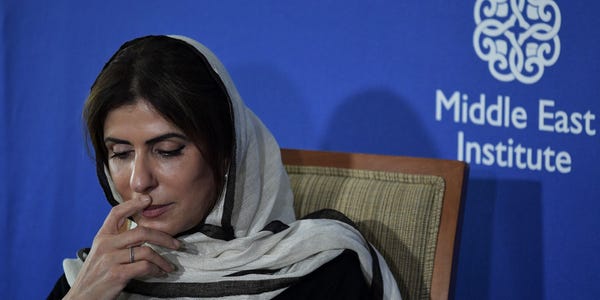 Basmah speaks at the Middle East Institute in Washington, DC, on April 12, 2017.

But the family was cautious. They had been told she would be freed during Ramadan last year, the associate said.

“We are not expecting this to happen,” they told Insider last week.

Calls for Basmah’s release have been more urgent this year, a member of her family told Insider last month, because a number of cases of the coronavirus have been reported in al-Ha’ir.

The princess has long suffered ill health, which has deteriorated since 2018. She has a colonic condition, heart issues, and osteoporosis.

But Dr. Erika Bennett, a friend and collaborator of the princess, told Insider she still has hope of a last-minute change of heart.

“I pray that their hearts will be touched,” said Bennett, who has worked with Princess Basmah in Africa for a decade. “This is the time of reflecting and listening to Allah.” 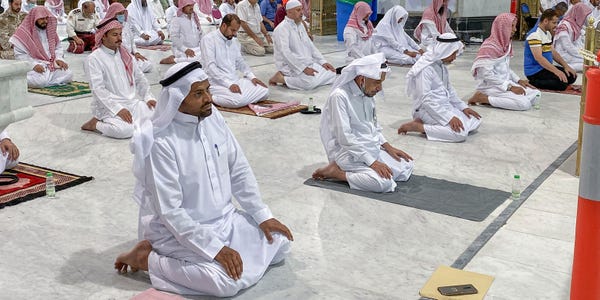 Worshippers praying during the holy month of Ramadan, while keeping their distance amid the COVID-19 pandemic, at the Grand Mosque in Mecca, Saudi Arabia, on May 8, 2020.

However, some crimes are deemed ineligible for absolution by the state, including identity theft and fraud, of which Basmah was initially accused.

A small number of Saudi Arabia’s 13 provinces have already announced their pardons.

It is not known if Crown Prince Mohammed or King Salman are aware of Basmah’s detention.

A letter Basmah wrote to King Salman in March 2020 — a copy of which was reviewed by Insider — has not received a response.

Saudi Arabia’s General Directorate for Prisons and the Embassy of Saudi Arabia in Washington, DC, did not immediately respond to Insider’s requests for comment on Basmah’s condition.

Biden Team in Talks With…

The Covid-19 Pandemic Has Cost…

Is China Taking Over the…

China Shuts Down Travel into…

Iran: Our Hands Are “On…