The eating of cats and dogs was officially claimed to be banned in the Chinese city of Shenzhen on Wednesday as part of a wider clampdown on the wildlife trade since the Wuhan coronavirus spread into a global pandemic.

Local government authorities said the end of the practice, long reviled outside China, has been taken in response to “the demand and spirit of human civilization.”

“Dogs and cats as pets have established a much closer relationship with humans than all other animals, and banning the consumption of dogs and cats and other pets is a common practice in developed countries and in Hong Kong and Taiwan,” the city government said in an order, Reuters reports.

“This ban also responds to the demand and spirit of human civilization.” 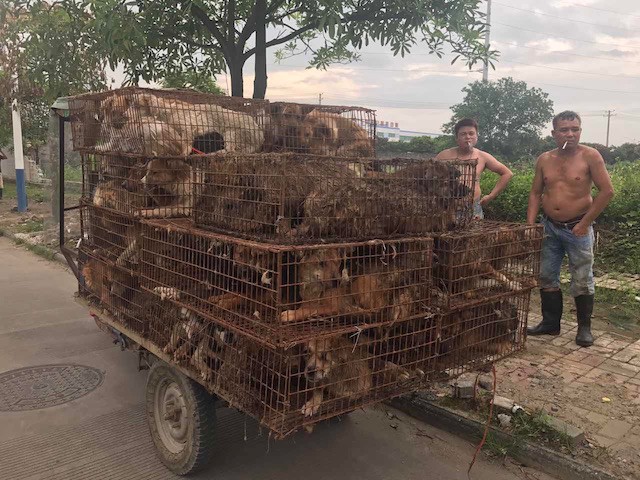 As Breitbart News reported, the ban was first mooted last month as scientists alleged the trade in wild meats led to the deadly coronavirus outbreak in the southern chinese city of Wuhan.

Each year in China, over 10 million dogs and four million cats are reportedly slaughtered for their meat. Most of these dogs were domestic pets stolen from families or strays taken from the streets and sent to notorious slaughter houses.

The annual Yulin Dog Meat Festival in particular is one of the most controversial food festivals in China and sees thousands of dogs cruelly killed, skinned and cooked with blow-torches before being eaten by the locals, as Breitbart News has reported.

The festival began in 2010 and occurs every year on the first day of the summer solstice.

Those who partake believe that eating freshly slaughtered dog and cat meat cools the body in the summer months and gives strength and vitality to the consumer. 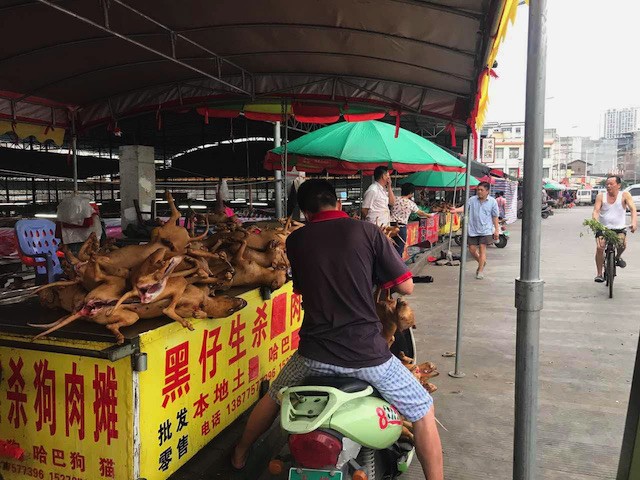 Britain’s former colony of Hong Kong, now a semi-autonomous but increasingly repressed province of the People’s Republic of China, is one of the few jurisdictions in the Far East which has banned dog meat, as has the independent Republic of China — commonly known as Taiwan.

Taiwan’s parliament passed legislation in 2017 to outlaw the consumption, purchase or possession of dog and cat meat, with offenders facing a fine of up to Tw$250,000 ($8,170).

The bill also hiked the penalty for killing or abusing animals to a maximum two-year jail term and a stiff fine of Tw$2 million, more than doubling that for repeat offenders.

“This shows that Taiwan is a society with advanced animal welfare,” said lawmaker Wang Yu-min who proposed the amendment.

The exact source of the novel coronavirus, known as COVID-19, remains unconfirmed although scientists speculate it originated in bats, snakes, pangolins, or some other animal first consumed in a Chinese wet market and then spread to the world.

Sen. John Cornyn (R-TX) made this point last month when he defended calling the coronavirus the “Chinese Virus,” by arguing that China “is to blame” because they “eat bats and snakes and dogs.”