PIKHA, Nangarhar Province, Afghanistan — Esmat was nearing the end of fourth grade when the fighters declared his school would be closed for 10 days.

“I was sad to miss so many days of school, but we all thought it would only be for a few days,” said the 14-year-old of the day the announcement was made, back in 2015.

The decision had been declared by the leaders of the so-called Islamic State Khorasan Province, an offshoot of ISIS active in Afghanistan at the time.

Little did the residents of Pikha village — which quickly turned into a base for the group’s courts and jails — know then that they would have to wait over three years for the feared fighters to be driven out and for classes to start. 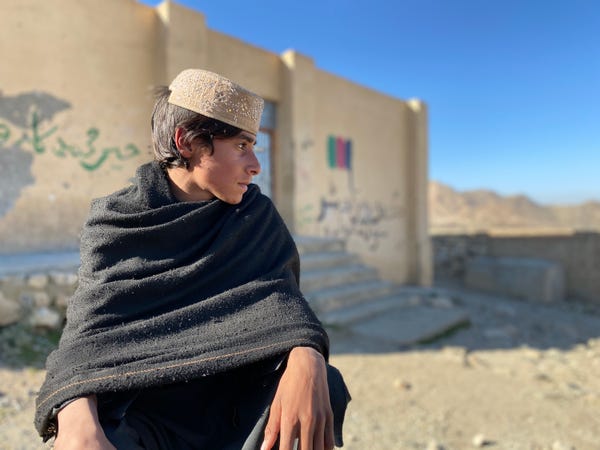 An unidentified boy sits in front of a destroyed school in Pikha village in January 2020.

Former Taliban fighters started pledging allegiance to ISIS in early 2015, and gradually extended until the end of 2019, when President Ashraf Ghani triumphantly declared victory against the group.

However, the yearslong battles between Afghan government forces and ISIS fighters have taken a bitter toll on nearly all of the school buildings in Pikha and its surrounding villages.

The building Esmat once studied in is now boarded up after it was rendered unusable from the fighting. A nearby classroom, empty at the time, has been completely leveled as a result of the government’s aerial operations against the fighters. 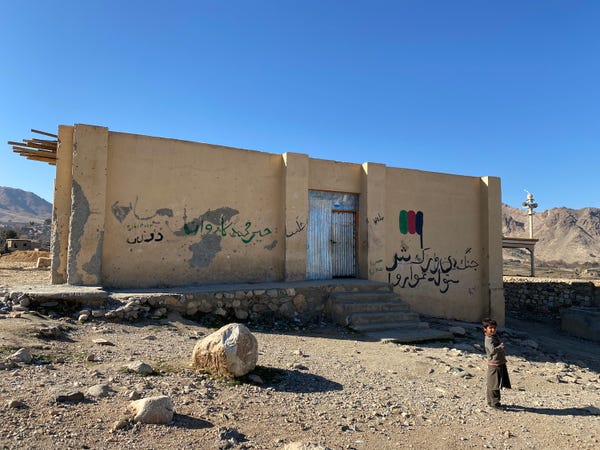 Fighting between ISIS and government forces caused extensive damage to schools and classrooms in Achin district.

Esmat was fortunate. His family is educated, and helped him continue his studies — mostly reading at home. (He was able to move straight to eighth grade when the schools reopened.)

But other children in Achin — where Pikha is located — and surrounding districts that were controlled by the fighters were not so lucky. All they could do was wait for the fighting to subside, in hopes of one day returning to school.

When ISIS took over Nangarhar’s streets they actively closed down schools, prohibiting both boys and girls from going, residents said. The Taliban’s fighters had no problem with boys or girls going to school, they said.

In Achin, only eight of the region’s 42 schools still have physical buildings. It is yet another reminder of the devastation wrought by the fighters since they first appeared in Nangarhar between 2014 and 2015. 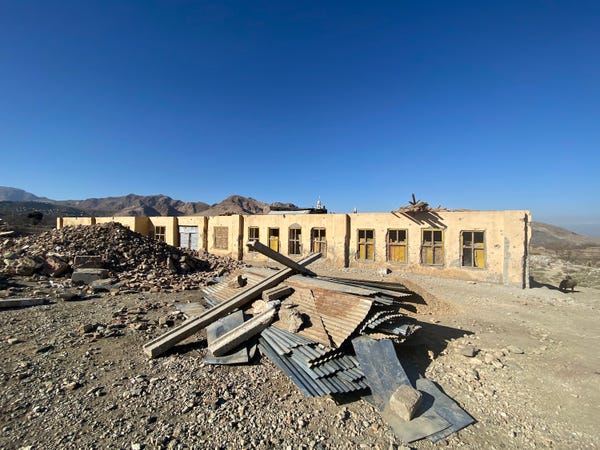 A combination of ground battles between Afghan government and ISIS forces, as well as aerial raids conducted by Afghan and coalition forces, have caused great damage physical infrastructure in Pikha.

Today, what remains of the schools — mainly destroyed buildings and tents in open fields — is not enough to meet the needs of the thousands of boys and girls in the area.

Residents across Achin district say they need everything from building materials to basic school supplies, down to pencils, paper and blackboards to create functional schools once again.

The presence of ISIS fighters in the province led thousands from the districts of Achin, Shinwar, Kot, Bati Kot, and Mohmand Dara to flee to Jalalabad — the provincial capital — and Kabul, the country’s capital. 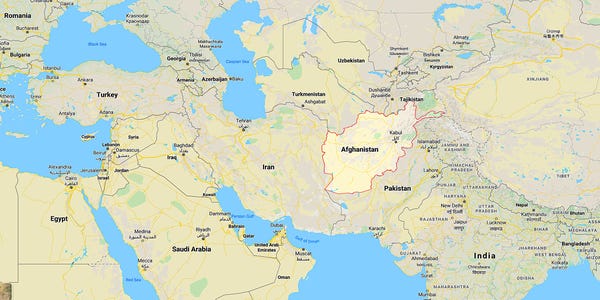 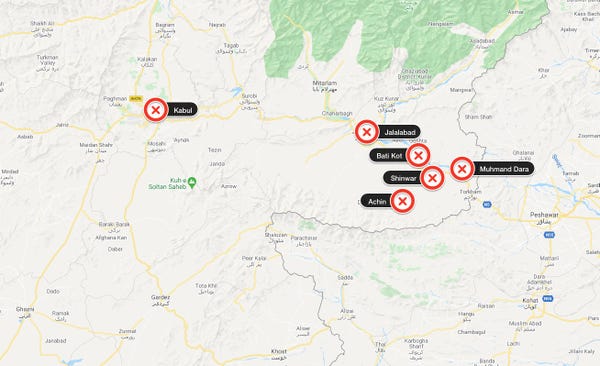 
In November 2019, President Ashraf Ghani visited Jalalabad — the site of numerous Daesh-claimed attacks over the last four years — to declare victory against the fighters he said came from Pakistan, Tajikistan, Uzbekistan, Iran, Azerbaijan, Kazakhstan and the Maldives.

“No one believed, even a year ago, that we would stand here today be saying we have obliterated Daesh,” Ghani said at the time, using an alternative name for the group.

Clashes between ISIS and the Taliban have driven more than 20,000 people from their homes in eastern Afghanistan, Al Jazeera and the Economic Times reported last year. Some of them have since returned home, but many remain miles away. 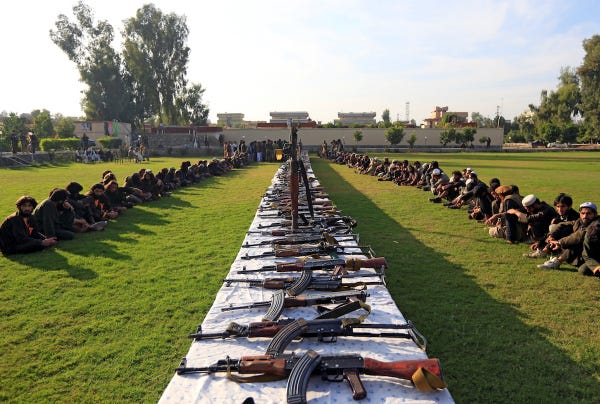 ISIS militants who surrendered to the Afghan government at a press conference in Jalalabad, Nangarhar province, Afghanistan, on November 17, 2019.

Now that the fighters have been expelled, life is slowly starting to return to normal in Nangarhar.

Driving on the 22-mile road from Jalalabad to Achin, Waheedullah, a cab driver from Mohmad Dara district, pointed to the areas where ISIS fighters put up checkpoints and staged assassinations on security forces.

“There were days where we were too scared to drive along this road past 1 p.m.,” Waheedullah said while driving along the road lined with the province’s famous orange trees.

The 34-year-old also remembered the numerous drivers who lost their lives due to the fighting on the roads.

He put on the radio to sing along to a song in Pashto — Afghanistan’s national language — an act which would have been unthinkable in the days ISIS patrolled the roads. ISIS had banned people from listening to music under its reign. 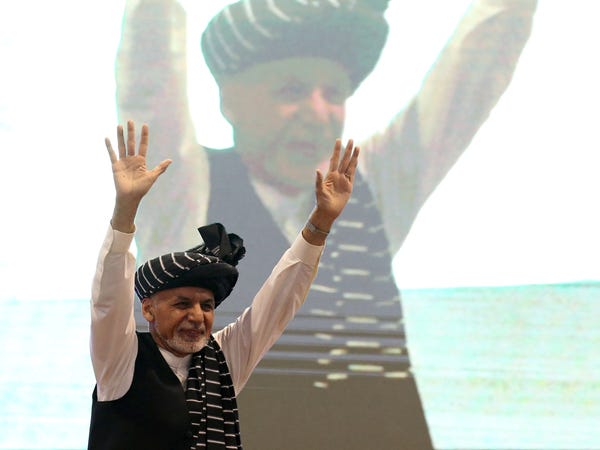 Afghan President Ashraf Ghani at a reelection campaign rally in Kabul in September 2019.

What did he think ultimately turned the tide in Afghanistan’s battle against ISIS? “The people were fed up, so they joined with the government to fight against them,” he suggested.

“The people and God’s strength is one,” he said, his face reflecting joy and pride. Had the government not been able to push the ISIS forces out, Waheedullah would not be able to make such a drive as he is now.

Other Nangarhar residents took a more cynical view of what exactly led to the defeat of ISIS.

“It was an election year, and President Ghani knew he needed the support of the people of Nangarhar to win,” said a resident of Sorkh Rod district, who did not wish to be named.

Regardless of the reasons, people across Nangarhar are celebrating ridding their home of a force infamous for its hardline rules and extreme brutality. 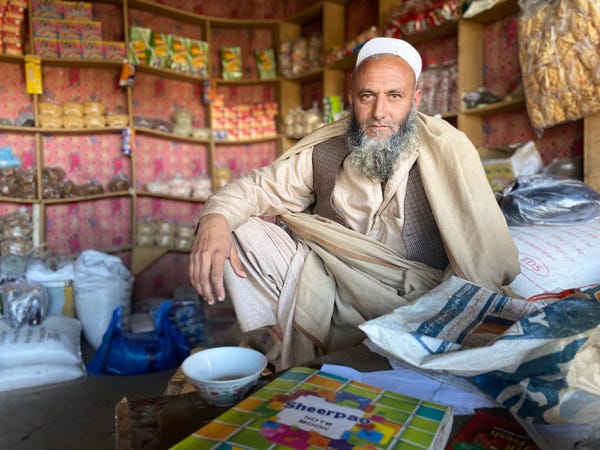 A shopkeeper at his stall in Pikha in January 2020.

A small market, full of fruits and vegetables, is slowly coming back to life in Pikha.

Shopkeepers in the market said their stores were closed for months at a time due to the fighting between government and ISIS forces.

But now that those fighters have been expelled, they are slowly starting to reopen their stores as children run and play through the dirt pathways. 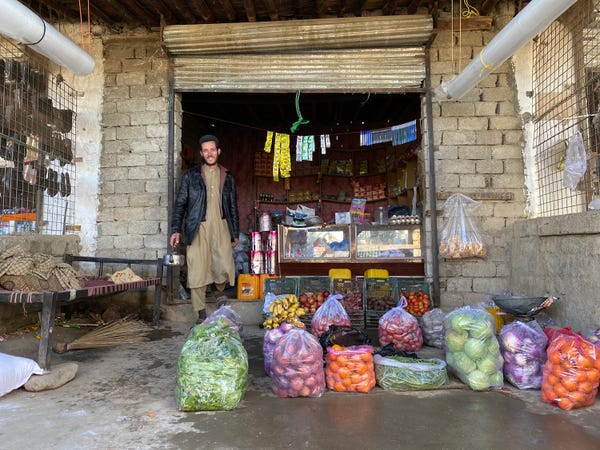 A shopkeeper at a market in Pikha village, Nangarhar province, in January 2020. 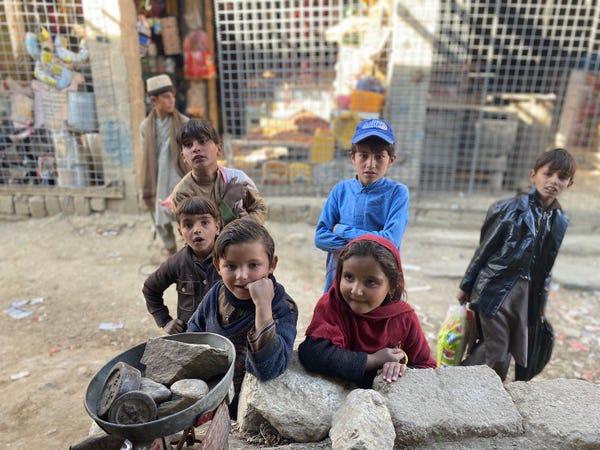 Children in Achin district in Nangarhar province, Afghanistan. Now that ISIS forces have been expelled from their province, they look forward to going back to school.

Still, there is much left to be done.

Pikha’s skeleton schools are a good example. Naqib Zahir, the village’s youth representative, said: “We want to return to school, our elders want us all, boys and girls, to return to school, but we still lack even the basics. Most of us still have to study outside or in tents.”

The schools lack simple supplies, including stationery, books, chalkboards, and physical buildings. The years-long exodus caused by ISIS’ presence has also led to a dearth of capable teachers. 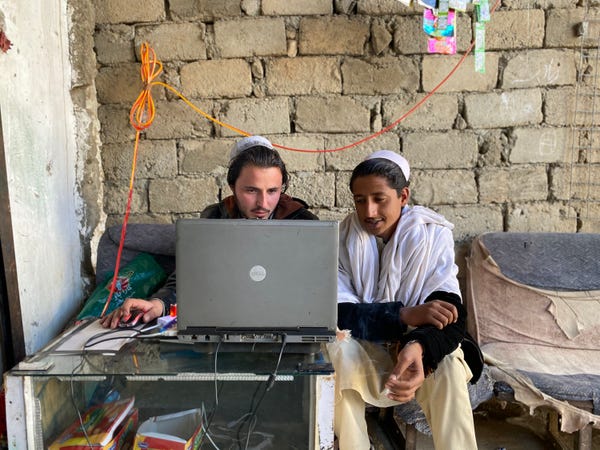 Two young men listening to Pashto song in Achin, a district in Afghanistan’s Nangarhar province, in January 2020. ISIS fighters outlawed music when they took over. 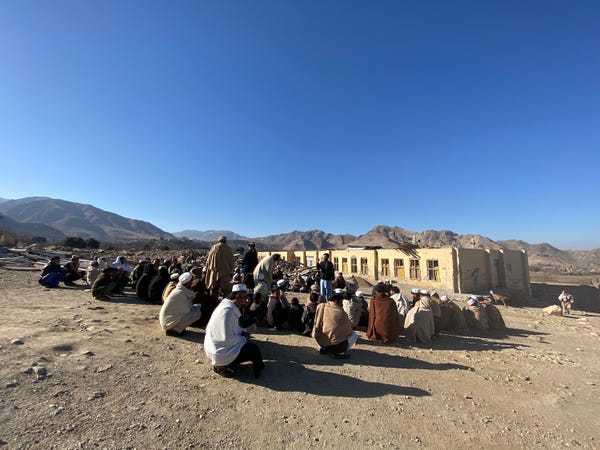 
This is precisely the problem that Matiullah Wesa has come to address in Nangarhar. The 27-year-old is the founder of Pen Path, a volunteer organization that aims to open and re-open schools in some of the most devastated, war-ridden areas of the country. 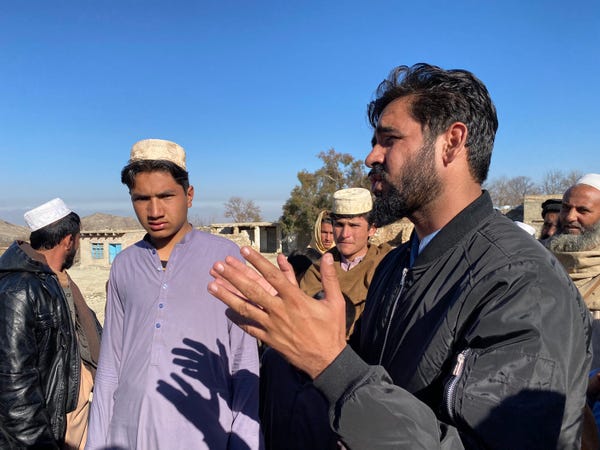 Matiullah Wesa, the founder of the PenPath movement, speaking to a crowd in Pikha in January 2020.

Though Wesa is grateful to the Afghan government for delivering the people from the terror of life under Daesh, he says more must be done.

And until the government can step in, Wesa and his volunteers are ready to address the shortcomings.

His team of volunteers has spent the last week visiting schools and handing out supplies to students and educators in the areas that have been cleared of Daesh.

And at each stop along the way, Wesa and his brother, Ataullah, have given rousing speeches about the power of education to crowds of people. 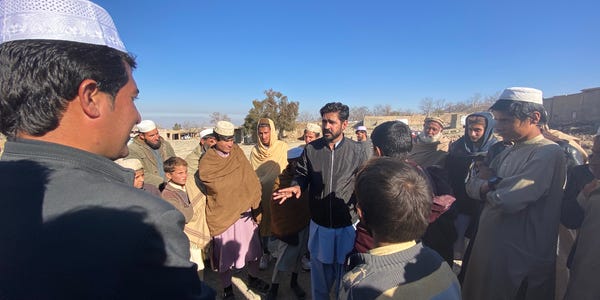 It is during the Pikha gathering that Wesa sees Esmat, who told the crowd of his own personal desire for education.

Wesa listened as Esmat spoke of his grief at having lost years of his education because of the fighters.

But the moment that stood out that day was a call for hope: Standing with his friends and relatives, Esmat joined in their chants: “We want education! We want schools!”

Trump Tried to Warn Us,…

Pandemic will not end until…

Australia to Boost its Naval…

Poland Enacts Ban on Most…