European plane maker Airbus is aiming to increase its plane deliveries to an all-time high in 2020, just as Boeing, its biggest rival, continues to suffer from the fallout of the two fatal 737 Max crashes.

Airbus said on Thursday that it plans on delivering around 880 commercial aircraft in 2020, which Bloomberg noted is a record for the company.

The company, which is multinational but has its biggest base in France, also said it plans to increase the number of A320neo planes it makes to 67 a month by 2023, while it is currently aiming to make 63 a month by 2021, The Wall Street Journal reported.

The A320neo, a single-aisle jet, is the main competitor plane for Boeing’s 737 Max, which has been grounded around the world since March after two fatal crashes killed 346 people, costing Boeing and airlines billions.

But overall, Airbus’ gains from Boeing’s woes have been limited so far by the nature of the plane making industry. 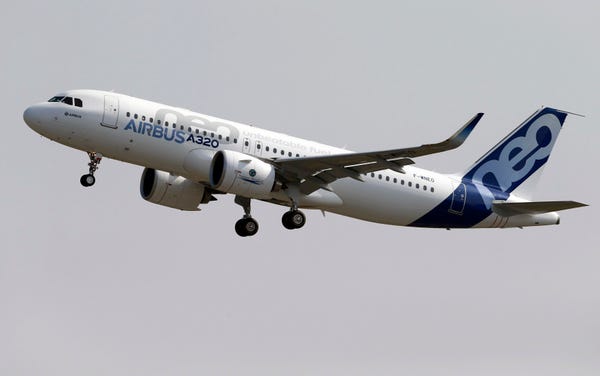 Planes are designed and ordered years before they are made and delivered, meaning airlines and leasing companies are locked into orders that they can’t change last minute, and plane makers don’t have the capacity to rapidly increase their production.

Airbus, for example, ended 2019 with an order backlog of 7,482 commercial planes, which will take years finish making and delivering.

This means that, for example, airlines could not easily try and cancel orders with Boeing for the Max and try to order an A320neo, if they wanted to.

Airbus is still running about six months behind schedule on deliveries of its narrow-body planes, which includes the A320neo, the company’s CEO Guillaume Faury said at the company’s earnings news conference on Thursday, the Journal reported.

Faury also noted how the company is not necessarily seeing a huge boost from Boeing’s struggles. He said that the company “cannot take the benefits” immediately because the company is sold out of the A320 for the next five years. 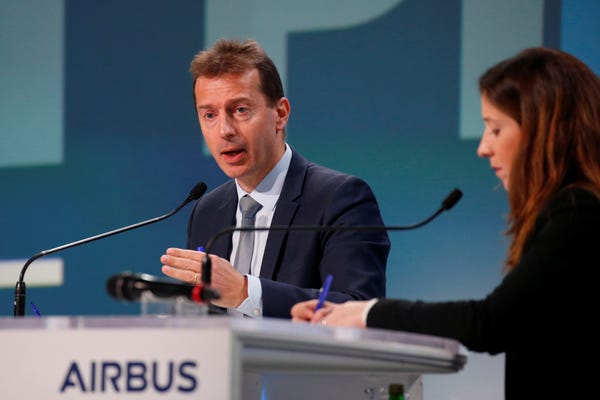 He said “We are sold out through 2025 roughly and therefore we cannot step in to offset the needs of airline customers that will not be fulfilled” because the Max is grounded around the world, The Associated Press reported.

Faury said that he did not see Boeing’s struggles bringing about a short-term benefit for Airbus because the crisis with the Max impacts the industry’s safety ratings and perception.

He said that “it might look like a paradox, but in the short term we do not benefit from the situation with a competitor.”

“It has to do with safety, and safety is paramount for the industry. This is one of the things we all have in common.”

But Airbus has seen some boosts, at least in title, from Boeing’s crisis.

The company won the crown of the world’s biggest plane maker in January, after 2019 was Boeing’s worst year in three decades. 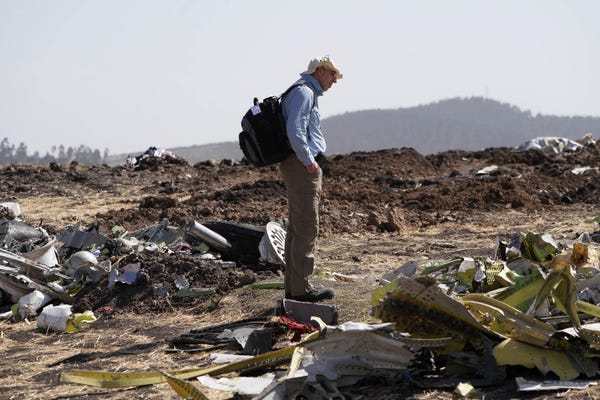 An investigator with the U.S. National Transportation and Safety Board (NTSB) looks over debris at the crash site of Ethiopian Airlines Flight ET 302 on March 12, 2019 in Bishoftu, Ethiopia.

Airbus’ gains have also been minimized, however, by a separate bribery settlement that brought to the company to a €1.36 billion ($1.48 billion) loss for the year.

Airbus set aside €3.6 billion ($3.9 billion) to settle a criminal case with authorities in the US, France, and the UK.

Both Boeing and Airbus make military products and helicopters as well as commercial planes, and the figures from these business divisions are also included in their accounts.