Most urban planners don’t design a city with the idea of sealing it off. Many advocate for the opposite: making cities as free-flowing as possible to encourage tourism and attract workers.

But on Thursday morning, officials in Wuhan, China — the 11-million-person city where a fast-growing coronavirus outbreak started — put the city under quarantine.

“If you live in cities, your movement can be controlled through public transport,” Fei Chen, an urban-design lecturer at the University of Liverpool, told Business Insider. “Wuhan has an international airport. It has highways and railways. So if you close all of them, then you basically cut off the means for people to get out.”

That is indeed what officials did. All forms of public transportation were halted, including buses, metros, and ferries. No trains or airplanes are coming in or out of the city, and roadblocks were installed to prevent private cars from leaving.

Wuhan residents were told not to leave the city, barring special circumstances.

The virus, which scientists call 2019-nCoV, has killed 41 people and infected nearly 1,300. It has spread to at least 10 other countries: France, Australia, Thailand, Japan, South Korea, Taiwan, Vietnam, Singapore, Nepal, and the US. The outbreak likely originated at a wet market in Wuhan that sold live animals such as chickens, pigs, snakes, and civets. The market was shuttered on January 1.

Chen said there’s no way to completely seal off a city, however.

The coronavirus outbreak started in Wuhan December 31. The family of viruses is also responsible for pneumonia, the common cold, and SARS, which affected about 8,000 people and killed 774 in China between 2002 and 2003.

The new coronavirus causes fever, chills, coughing, sneezing, and a sore throat. It appears to spread person-to-person more easily and quickly than SARS, but it is far less deadly.

“Chinese cities currently are really connected, especially regionally,” Chen said. “It’s really easy to travel from one city to another.” 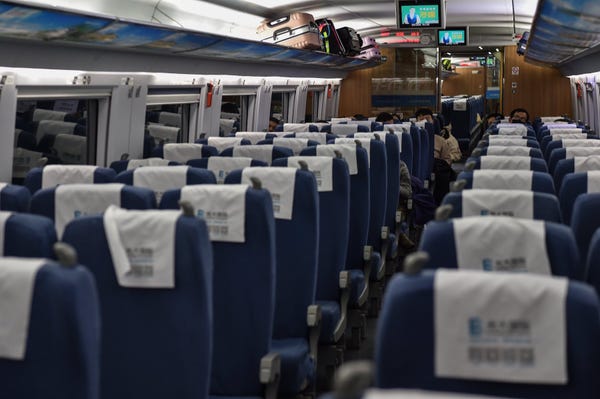 A largely empty train travels to Wuhan from Shanghai on January 23, 2020.

Many of Wuhan’s neighboring cities have been closed off as well. As of Friday, at least 11 additional cities had imposed their own travel restrictions. The restrictions so far affect an estimated 33 million people in the Hubei province, where Wuhan is located.

“It’s a wise thing to do because it’s Chinese New Year,” Chen said. “Chinese people, we have this custom to go back home to spend time with family, and there’s a big population movement.” 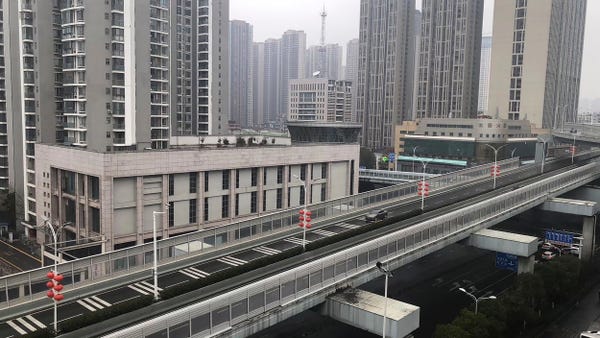 Prior to the outbreak, hundreds of millions of people were expected to travel to and within China for the Lunar New Year celebration, which begins Saturday and lasts until February 8.

“The chance you can get out of Hubei province is quite slim,” she said. “If you want to go out of the province, normally it’s through the major highways and high-speed railways.”

Many of China’s newly constructed highway networks, she added, have tolls that are patrolled under normal circumstances, making it easy to monitor the entry and exit of cars.

But the city’s quarantine isn’t foolproof

Chen said it could be more difficult to quarantine small towns and villages that don’t rely on major transportation systems. These towns connect to major cities through road networks.

That means the quarantine isn’t foolproof.

“I wouldn’t say it’s 100% effective, but to a very large extent they have controlled or kept people within the region,” Chen said. 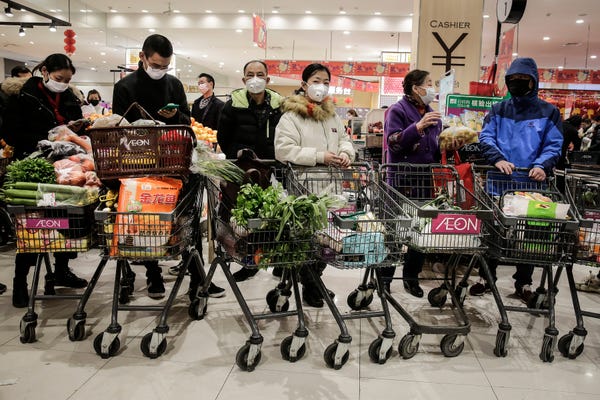 Quarantines are probably easier to enforce in China, she added, because of the nation’s centralized political system.

“All the police forces obey those higher orders,” Chen said. “The public transport is public, so it’s controlled by the government. If you compare with the UK, where public transport is sometimes owned by private companies, it’s much more difficult to do something like this.”

Kristin Stapleton, an urban historian who studies Chinese history at the University of Buffalo, told Business Insider she thinks “many people are probably staying put out of fear, both of the coronavirus and of the high-tech community surveillance that has become pervasive in Chinese cities.”

Should cities be designed for lockdown?

Chen said some urban planners are starting to discuss what it would take to seal off a city — but they have climate change in mind, not a potential virus. 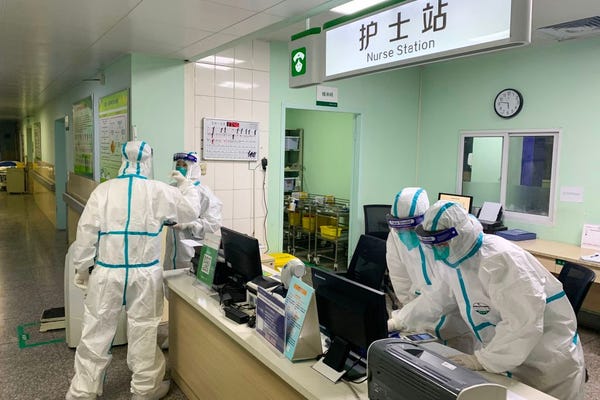 “I wouldn’t say we have exactly thought about how to close down a whole city, because that’s really rare,” she said.  “But we’re talking about how a city could be resilient to natural disasters like flooding and earthquakes and sea level-rise.”

Still, she said urban planners would be wise to consider the services that citizens might need if their city were on lockdown — such as healthcare clinics for individual neighborhoods so people don’t have to travel far from their homes for treatment.

Doctors in Wuhan are reporting that there aren’t enough resources to treat patients, and people are waiting for hours in line to receive medical care. Thus far, test kits have been reserved for patients with the most severe symptoms, so diagnoses can be delayed.

The city is rushing to build a brand-new hospital with 1,000 beds in just six days.

“What really should be considered in urban planning is how you could provide the best, most efficient healthcare to residents,” Chen said. “I don’t think a quarantine is really something we should make a priority when we plan a city.”