The central argument that President Donald Trump will use to defend himself at the opening of his impeachment trial was revealed by his legal team in recent days.

And it’s an argument that top attorneys and constitutional experts say has a very shaken foundation.

Trump’s defense team is pushing for the charges against him to be dismissed by the Senate at the opening of the impeachment trial. They argue that impeachment investigators have failed to demonstrate the “violation of law or crime, let alone ‘high crimes and misdemeanors’ as required by the Constitution.”

The argument would neatly sidestep the need to rebut the mounting evidence that Trump personally sought an investigation from a foreign power intended to damage a domestic rival.

The defense could mean that potentially damaging evidence from witnesses such as former National Security adviser John Bolton would not need to be heard.

In framing the Constitution, the Founding Fathers specified that only if a president commits a crime can they be removed from office, Trump’s attorney Alan Dershowitz told ABC News on Sunday. 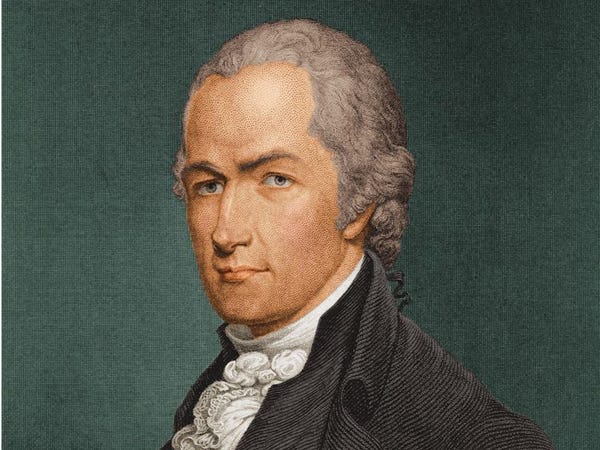 American statesman Alexander Hamilton (1755 – 1804), delegate to the Constitutional Convention of 1787 and First Secretary of the Treasury of the United States.

The charges that led to the House of Representatives impeaching Trump back in December — abuse of power and obstruction of Congress — simply aren’t crimes so even if Trump committed them he can’t be legally removed from office, the president’s team will argue.

The controversy centers on the meaning of the terms “treason, bribery, high crimes and misdemeanors,” which are the offences the president has to commit to be impeached and removed as described in the US Constitution.

Constitutional experts say that the defence is contradicted by decades of analysis on the constitution and its meaning. They argue that there is plenty of reason to believe that when the Founding Fathers used the term, they had in mind a range of offences far broader and potentially just as serious as the crimes found in the statute books.

Frank O. Bowman III, a University of Missouri law professor and author of a book on impeachment, described the argument of the president’s legal team to The New York Times as “constitutional nonsense.”

“The almost universal consensus — in Great Britain, in the colonies, in the American states between 1776 and 1787, at the Constitutional Convention and since — has been that criminal conduct is not required for impeachment.” 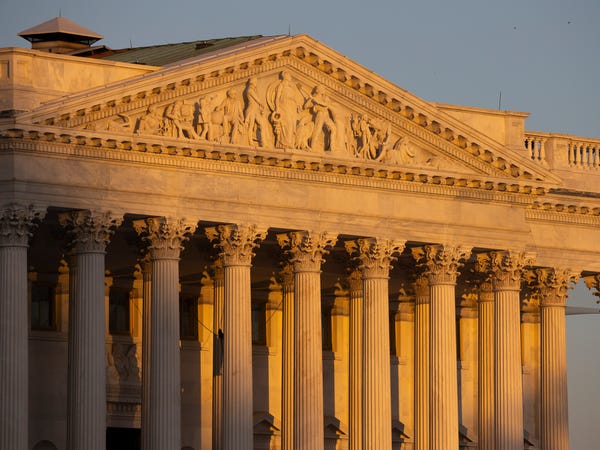 The Senate side of the U.S. Capitol at sunrise on Monday, Jan. 20, 2020, in Washington. The impeachment trial of President Donald Trump will resume in the U.S. Senate on Tuesday. (AP Photo/Jon Elswick)

Others are pointing to a key quote by Alexander Hamilton in the 1788 work, the Federalist Papers, spelling out the distinctly political nature of the offences which can result in a president’s removal from office.

“The subjects of its jurisdiction are those offenses which proceed from the misconduct of public men, or, in other words, from the abuse or violation of some public trust.

“They are of a nature which may with peculiar propriety be denominated POLITICAL, as they relate chiefly to injuries done immediately to the society itself,” Hamilton wrote.

According to Democrats, Trump’s use of his office to push a foreign power to launch an investigation into a domestic adversary would certainly constitute the kind of misconduct spelt out by Hamilton.

But members of Trump’s legal team disagree — and say the first ever impeachment trial in 1868 set the precedent for the kind of offences that can result in removal from office.

Back then President Andrew Johnson narrowly avoided impeachment after his counsel successfully argued that that he hadn’t committed any actual crimes, and in an interview on CNN Sunday Dershowitz said Trump’s legal team would mirror that defense.

“That argument prevailed,” Dershowitz, a professor emeritus at Harvard Law School, said on CNN’s “State of the Union.”

“I will be making that argument as a lawyer on behalf of the president’s defense team against impeachment.”

More Than Half Of All…

Stone calls for Trump to…