A mysterious virus has killed six people in China as authorities say that almost 300 people across the country have been infected and the virus can be spread between humans.

Authorities said Tuesday that six people in the city of Wuhan have now died from the virus, according to a report from Reuters.

Earlier it was reported that an 89-year-old man who lived in Wuhan, where the spread started, had become the fourth person to die, the Wuhan Municipal Health Commission said, Reuters reported.

The increased death toll comes after authorities on Monday said the virus can spread from one human to another, having previously said that they believed it could only spread from animals to humans.

Zhong Nanshan, the scientist the government appointed to lead the fight against the virus, said: “Now we can say it is certain that it is a human-to-human transmission phenomenon.” 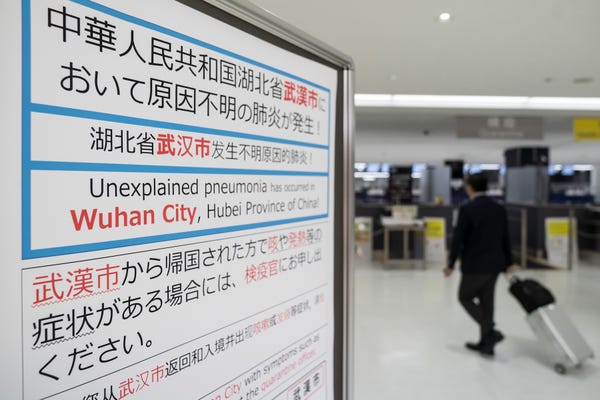 A passenger walks past a notice for passengers from Wuhan, China displayed near a quarantine station at Narita airport on January 17, 2020 in Narita, Japan.

And the Wuhan Municipal Health Commission also said on Monday that at least 15 health workers in Wuhan have been infected with the virus, with one of those workers put in a critical condition.

Both China’s National Health Commission confirmed 291 cases of the virus by the end of Monday. But the number could be higher: When China claimed 45 people had been infected earlier this month, academics from Imperial College London suggested the true number of infected people was somewhere around 1,723.

The virus, called 2019-nCoV, was first detected in the city of Wuhan, central China, at the end of 2018. Authorities have since confirmed that a few cases have spread to elsewhere in China, and that cases had also been detected away from mainland China: One in Japan, one in South Korea, one in Thailand, and on Tuesday, one was confirmed in Taiwan.

The virus is a coronavirus — which is one that infects the nose, throat, or sinuses — and has pneumonia-like symptoms. But the strain has never been seen by humans before, and remains mysterious as experts try and study it.

But authorities believe it originated in a meat and fish market in Wuhan. 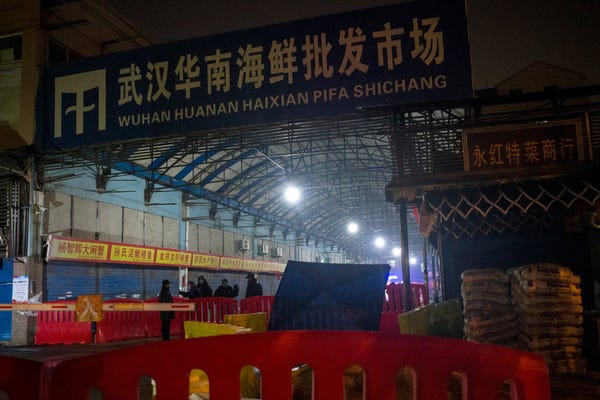 The Huanan Seafood Wholesale Market in Wuhan, China, which was sealed off after being identified as the epicenter of a new virus.

The World Health Organization said it will hold a meeting on Wednesday to decide whether to declare “a public health emergency of international concern,” and what recommendations to make. It has previously declared such an emergency for swine flu and Ebola.

Fears of the virus’ spread are heightened as hundreds of millions of Chinese people prepare to travel to mark the weeks-long Chinese New Year celebration — travelling around the country and the world while in close proximity to each other. 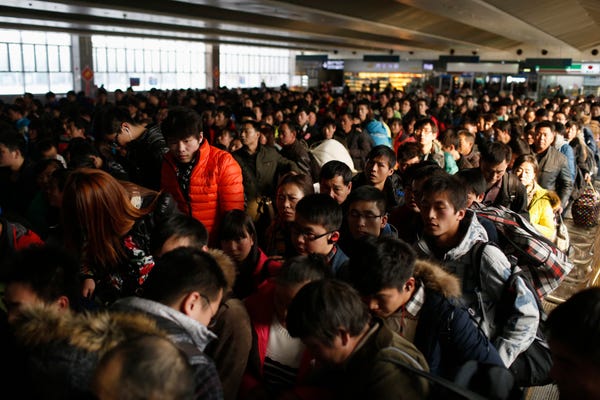 The US Centers for Disease Control and Prevention (CDC) is screening incoming passengers from China at airports in New York, Los Angeles, San Francisco, as are health authorities in Hong Kong, Singapore, and Tokyo.

Quarantine may have helped spread…

Coronavirus quarantine: US to evacuate…

Can a Database of Animal…

We will survive coronavirus, but…