Latest News
Home /Trump has killed the Iran nuclear deal, and nobody can revive it – Business Insider

On July 14, 2015, top diplomats from Iran and six world powers announced they had finally — after nine years of planning and negotiating — come to an agreement to curb Iran’s nuclear production and prevent it from becoming a nuclear power.

Then-President Barack Obama lauded the deal — officially known as the Joint Comprehensive Plan of Action (JCPOA) — as a “chapter in this pursuit of a safer and more helpful and more hopeful world,” and later called it “the strongest non-proliferation agreement ever negotiated.”

Iranian President Hassan Rouhani, at the same time, called the landmark agreement a “historic deal and Iranians will be proud of it for generations to come.” People in Tehran danced in the streets to celebrate.

Four-and-a-half years later, this cooperation between the US and Iran has relapsed into enmity, and the optimism has faded into tensions so high they risk all-out war. 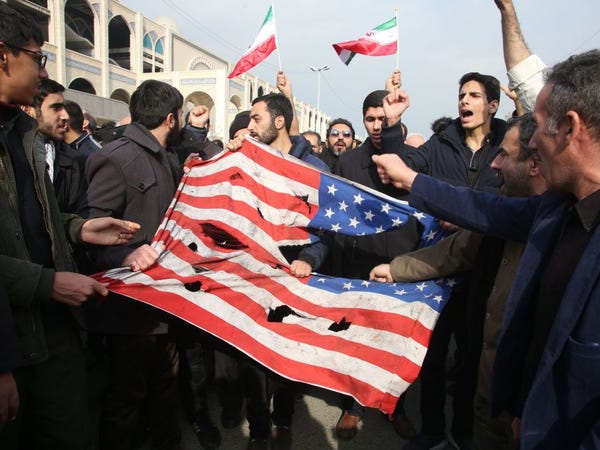 Iranians tear up a US flag during demonstrations in Tehran on January 3, 2020.

President Donald Trump withdrew the US from the deal in May 2018, citing a lack of trust in Iran and calling Obama’s work a bad deal. He then imposed punitive sanctions to cripple Iran’s economy in an unsuccessful effort to force the regime’s leaders to comply with US demands on its behavior.

Trump’s actions have been widely viewed as the catalyst of a series of escalating tensions between the US and Iran, which bubbled to a historic height in recent days.

On January 3, the US killed revered Iranian military leader Qassem Soleimani in a drone strike ordered by Trump.

Two days later, Iran announced it was fully withdrawing from the JCPOA, having since last summer openly taken incremental steps from its commitments that could allow it to develop a potential nuclear weapon.

On Thursday, Rouhani said the country was enriching more uranium than it did before completing the JCPOA in 2015. 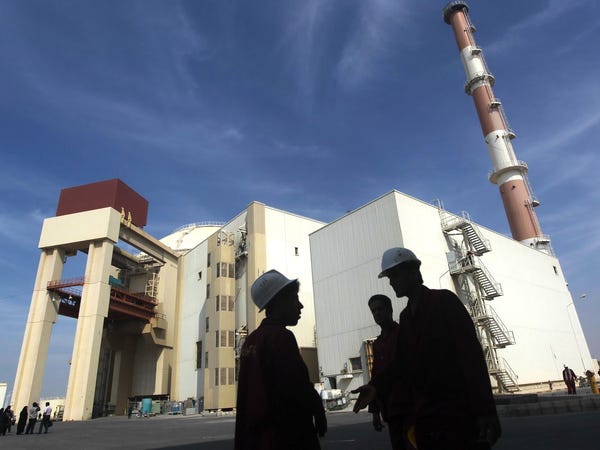 The reactor building at the Bushehr nuclear power plant in Iran, in October 2010.

Europeans are scrambling — and failing — to save the deal

Meanwhile, the European signatories of the deal — Britain, France, and Germany — have been scrambling to save the deal, and bring Tehran and Washington back to the negotiating table. Iran has repeatedly refused this, while Trump has oscillated between being willing to talk and ruling out all negotiations.

On Tuesday the European countries — also known as the E3 — triggered the dispute mechanism enshrined in the JCPOA in an attempt to bring Iran “back into full compliance.”

“We do this in good faith with the overarching objective of preserving the JCPOA and in the sincere hope of finding a way forward to resolve the impasse through constructive diplomatic dialogue, while preserving the agreement and remaining within its framework,” the E3 said in a joint statement.

“Our hope is to bring Iran back into full compliance with its commitments under the JCPOA.” 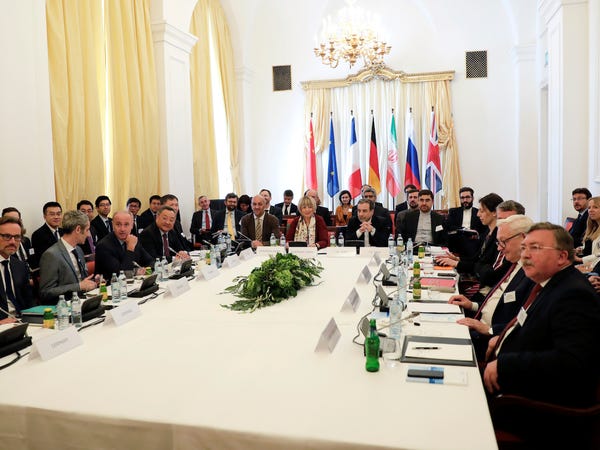 But what the Europeans may not know — or are unwilling to acknowledge — is that the deal is already dead, and they don’t have the power to revive it.

Richard Nephew, who led US sanctions negotiations with Iran from 2013 to 2014, told Business Insider though there is “residual value” in some parts of the JCPOA, its main goal — controlling Iran’s nuclear program — is moot.

“There are still some parts that are active and useful, such as the additional verification related provisions that the Iranians have said they will continue to fulfill,” said Nephew, now a senior research scholar at Columbia University’s School of International and Public Affairs.

“So, there is still some residual value.”

“But, as a means of controlling Iran’s nuclear program, managing breakout risk, and serving as a basis for resolving other conflicts, the JCPOA’s value is essentially gone.” 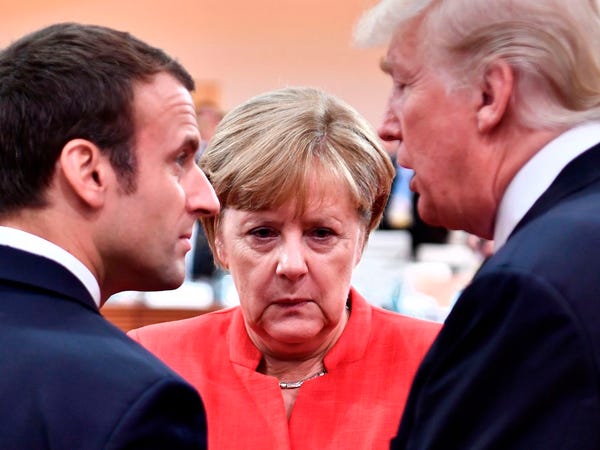 Though Britain, France, and Germany had been part of JCPOA negotiations from the start, they have no power to bring Iran and US back into the deal. Neither the Iranians nor the Americans take them seriously, Nephew said.

“Europe has no credibility in Iran and has been given no respect by the Trump Administration. At this point, the best it can do is tinker on the margins and position itself for a new negotiation in the future,” Nephew said.

The US has repeatedly tried to get the Europeans to abandon the JCPOA and, according to The Washington Post, threatened them with 25% auto tariffs if they did not put Iran on notice.

Iran’s Supreme Leader Ayatollah Ali Khamenei also slammed the E3’s actions, saying in a Friday sermon in Tehran: “It has been proven now, after about a year, that they are, in the true sense of the word, America’s lackeys, and these cowardly governments are waiting for the Iranian nation to surrender,” according to Agence France-Presse.

“They cannot be trusted,” Khamenei added.

Iran’s mistrust of the E3 was a long time coming. 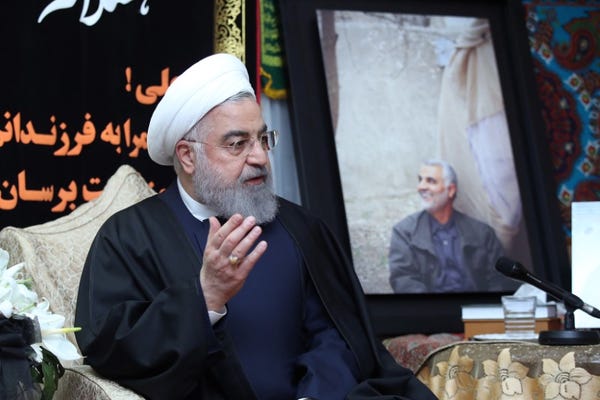 Iranian President Hassan Rouhani next to an image of top military commander Qassem Soleimani, who was killed in a US drone strike in January 2020.

Will a new deal work?

Boris Johnson, the UK’s Prime Minister, has proposed striking a new “Trump deal” to keep limiting Iran. Trump has endorsed the idea, but Rouhani has dismissed it, saying: “Mr Johnson, I don’t know what he’s thinking.”

Though Nephew, the former sanctions negotiator, said the JCPOA “could be revived,” he said it would be impossible under Trump, and that only Iran and the US could do it.

“At the end of the day, this was really a bilateral agreement,” he said. “I’ve said this for many years: the JCPOA without US sanctions relief and without Iranian nuclear concessions is meaningless.”

“But, the strategic vision in Tehran and Washington is now clouded by misperceptions, hostility, and domestic political problems. It is incredibly improbable to think of this vision clearing before at least this US president has changed his policy toward Iran fundamentally or — more likely — left office.”

“And, by then, we’ll face a hardened Iranian attitude. Deeply inauspicious situation for new talks.”