The Financial Times reports that WeWork would pay out nearly $17 million to its new cochief executives should they be fired or leave under circumstances including diminution of their duties, cuts to their pay, or involuntary relocation.

Documents reviewed by the Financial Times and sources familiar with the matter also said the company’s chief legal officer, Jennifer Berrent, would receive $1.5 million if ousted under the same circumstances. The exit packages were said to be negotiated under SoftBank’s acquisition of the venture real-estate company, which has laid off thousands of employees and scaled back its global expansion following a disastrous attempt at an initial public offering.

Co-CEOs Artie Minson and Sebastian Gunningham took over WeWork after its cofounder and CEO, Adam Neumann, stepped down, receiving a $1.6 billion exit package. 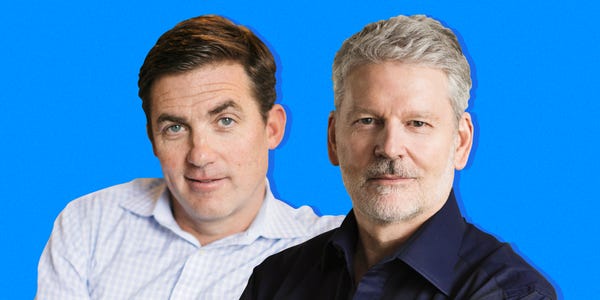 The Financial Times reported last week that Neumann could earn hundreds of millions of dollars more under a revised agreement that altered the terms of his remaining financial interests in the company. Berrent’s revised contract also reportedly means she would not have to repay $12 million worth of retention bonuses after leaving, something she could have had to do previously.

Details of the revised exit packages were sent to shareholders and employees, the Financial Times said. The documents also reportedly said WeWork “may continue to experience [a] significant amount of turnover of senior management.”

Minson and Gunningham initially took $1.5 million salaries in September, and they now report to Marcelo Claure, the SoftBank executive who was appointed executive chairman of WeWork. Berrent saw her salary fall to $600,000 from $871,000 the previous year.