As news came in of the crushing defeat Thursday of Jeremy Corbyn’s hard left Labour Party in the UK elections, Democratic presidential candidate Joe Biden sought to draw a lesson for his own party in their quest to beat President Donald Trump in 2020.

“Boris Johnson is winning in a walk,” he told journalists at a California fundraiser, according to a pool report, as results showed the British Prime Minister cruising to an historic victory.

He predicted that pundits would say: “Look what happens when the Labour party moves so, so far to the left. It comes up with ideas that are not able to be contained in a rational basis quickly.”

He also drew comparisons between Johnson — an outspoken former media star embraced by the populist right — and Trump. 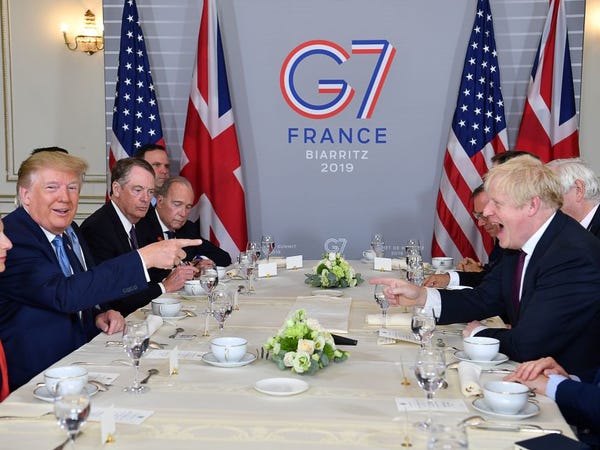 “You’re also going to see people saying, my God, Boris Johnson, who is kind of a physical and emotional clone of the president, is able to win,” Biden said.

As the 2020 election campaign gears up, debate is still heated between Democrats who want a centrist such as former vice president Biden or Mayor Pete Buttigieg to take on Trump, and those who back a left-winger.

The progressive wing is convinced that Democrats needs to learn from the defeat of Hillary Clinton and chose a candidate like Bernie Sanders or Elizabeth Warren who can pledge radical reform.

Centrists will argue that, like the Labour Party in the UK, the policies of the left wing mainly appeal to young progressives who form the core of their support. Their weakness is that they fail to persuade many of the party’s traditional supporters, or the swing voters necessary to claim victory.

Democrats like Biden and Clinton have traditionally found their closest UK allies in the Labour Party of former Prime Minister Tony Blair.

Blair was Labour’s most successful post-war leader, but his successors, including Corbyn and his allies, accused him of selling out core Labour. They went on to demand a pivot to the left in a party civil war that mirrors that which the Democrats are now experiencing.

Trump and the Republicans are seeking to frame the Democrats as extreme socialists in a relentless series of attacks via social media ads and the president’s Twitter feed.

And there are indications that the strategy is resonating with voters in some of the swing states that abandoned the Democrats to vote Trump into the White House.

Any further move to the left is ammunition for Republicans, say centrists, and risks the Democrats in 2020 being consigned to the same fate as Corbyn’s Labour. 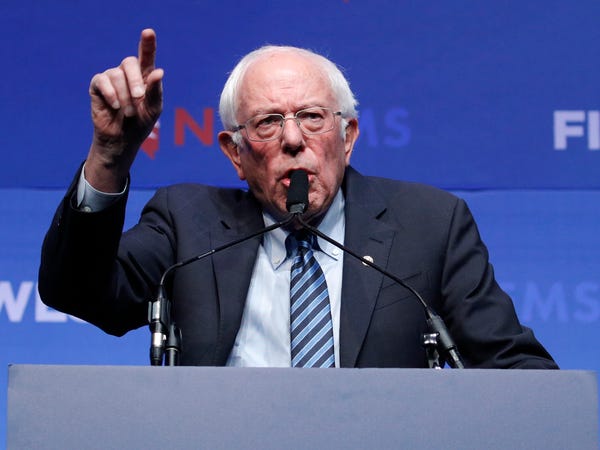 But backers of Sanders and Warren will likely point to the range of differences they can argue make any comparison between the UK and the US meaningless.

The UK election, they will likely say, was defined by Brexit — an issue that has divided Britain since the 2016 referendum, and where Corbyn’s refusal to take a clear position appears to have cost him dearly at the ballot box.

In the US, they can argue, the political consensus is totally different to that in the UK — and in some ways the election was not about the wholesale rejection of a bigger state.

It was an election in which Johnson’s Conservative party moved leftward on issues such as healthcare and education in a successful bid to win seats in Labour’s traditional heartlands.

On some issues they can point to the fact that Tory policy is now more progressive than that of centrists like Biden, who oppose NHS-style state funded healthcare.

Backers of Sanders can also argue that Trump’s 2016 victory in Democrat-leaning swing states was an emphatic rejection of the centrism exemplified by Clinton.

About one in ten Sanders voters ended up voting for Trump, a key factor in his victory. If the Democrats are to win back these states they will need a candidate like Sanders not Biden, they argue — a candidate who can renew the Rust Belt and is not vulnerable to the accusations of corruption and elitism which Trump successfully aimed at Clinton.

As we head into the new year and the primaries, one thing for certain: unlike the UK election campaign, the battle for the soul of the Democratic party is far from over.