The creators behind “Fortnite” are asking Google to allow the game on the Play Store while simultaneously calling the company monopolistic for exacting a tax on in-app purchases.

As first reported by Google 9to5, “Fortnite” creators Epic Games are planning to submit the game to the Google Play Store, where it has been notably absent since its launch on Android in August 2018.

Previously Android players had to download the game directly from Epic’s site, a technique known as sideloading. This was done explicitly to circumvent Google’s 30% tax, which CEO Tim Sweeney told Business Insider was “disproportionate to the cost of the services these stores perform.”

The method led to some criticism however after it exposed a major security flaw which would allow hackers to gain access to a player’s phone.

Epic confirmed to Google 9to5 that not only is it submitting the game to Google, it’s asking for an exemption from Google’s standard 30% tax on in-app purchases.

“Epic doesn’t seek a special exception for ourselves; rather we expect to see a general change to smartphone industry practices in this regard,” an Epic spokesperson told Google 9to5.

While “Fortnite” itself is free, there are purchases available in the game which allow the player to buy cosmetic modifications to their character. This is the game’s main source of revenue, and it’s these purchases which Google taxes. 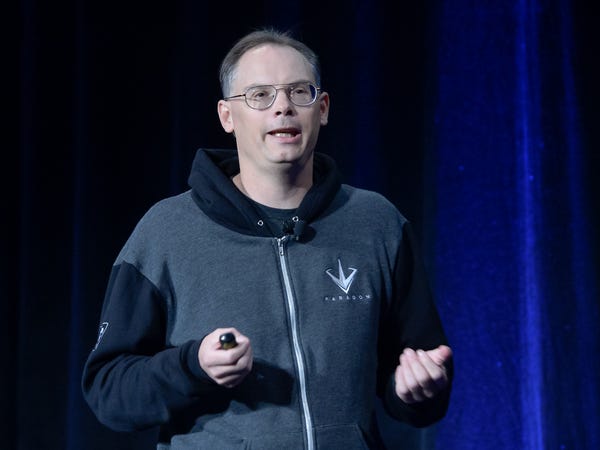 “We have asked that Google not enforce its publicly stated expectation that products distributed through Google Play use Google’s payment service for in-app purchase. We believe this form of tying of a mandatory payment service with a 30% fee is illegal in the case of a distribution platform with over 50% market share.”

According to Google 9to5’s sources, Epic would sidestep the tax by using “Fortnite’s” in-game currency V-Bucks rather than Google payments.

“We note that Google Play’s Developer Distribution Agreement does not require developers use Google payments. It merely references a number of non-contractual documents asking developers to do so,” the spokesperson said.

“Further, Epic operates a major PC storefront and payment service and we do not force developers using our store to use our payment ecosystem,” they added.

This isn’t the first time “Fortnite” has gone head-to-head with a tech giant to change its policies, in September last year it strong armed Sony into abandoning its ban on cross-play between Playstation and other consoles. So far Google doesn’t seem convinced, as it put out a statement saying it expected Epic to play by the same rules as everybody else on the Play Store.

“Android enables multiple app stores and choices for developers to distribute apps,” a spokesperson told Google 9to5. “Google Play has a business model and billing policy that allow us to invest in our platform and tools to help developers build successful businesses while keeping users safe. We welcome any developer that recognizes the value of Google Play and expect them to participate under the same terms as other developers.”

Apple also leverages a 30% tax on in-app purchases, but Apple devices don’t allow apps to be downloaded from anywhere else other than the app store. Apple has also been criticised for the tax by music-streaming giant Spotify, which filed an antitrust complaint with the European Union in March.

Both Powerball and Mega Millions…

The highly-anticipated remake of PlayStation…