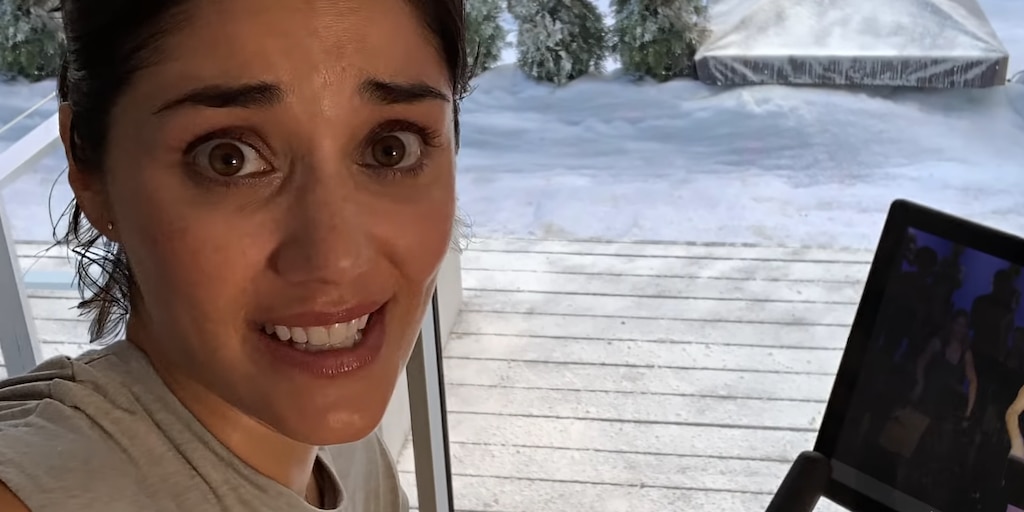 Peloton’s stock plunged 15% in three days this week, wiping more than $1.5 billion from its market capitalization.

The connected-fitness startup is weathering a social-media backlash over a recent holiday advertisement. “The Gift That Gives Back” features a young woman receiving a Peloton bike for Christmas and then filming herself exercising on it over the next year.

The ad, which has racked up more than 4 million views and 15,000 dislikes on YouTube, has been widely panned as sexist, tone-deaf, and dystopian.

Peloton’s steep stock decline could reflect the weight that investors put on consumer sentiment toward the brand and enduring relationships with users, Daniel McCarthy, an assistant marketing professor of marketing at Emory University, told Forbes.

“It can cause companies like Peloton to exhibit a lot more stock price volatility when there are events that can cause people’s views to move up or down,” he said. “I think that is exactly what we are seeing right now.”

“Peloton missed the mark, and social commentary is largely negative,” analysts at Raymond James said in a research note. “Backlash is worth monitoring,” they continued, adding that they expected the ad to be taken down. 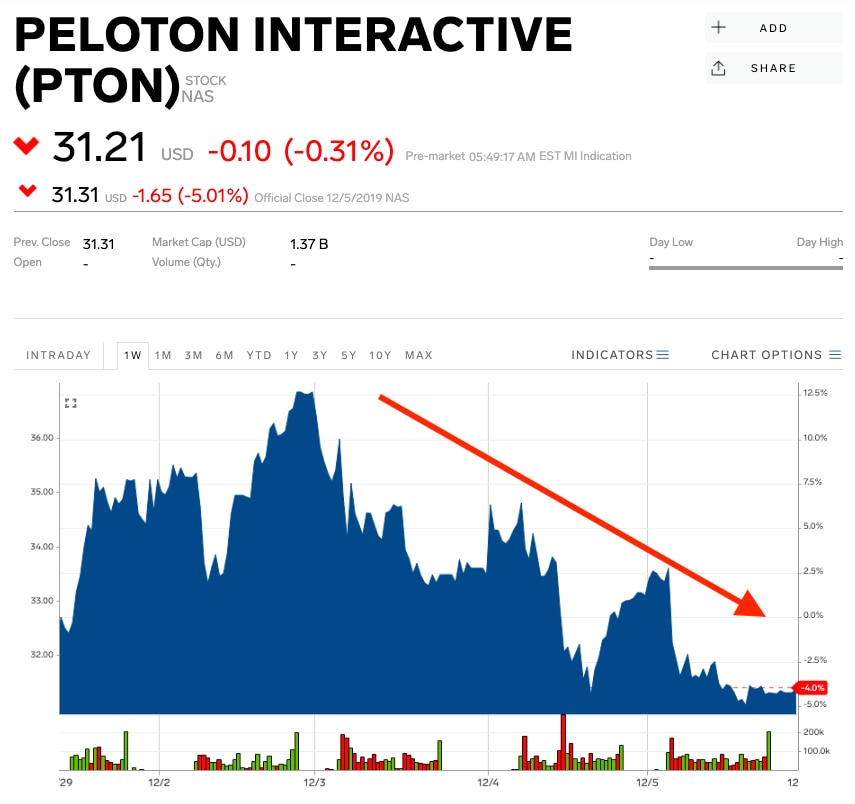 Peloton — which sells $2,000 exercise bikes and $4,000 treadmills equipped with screens and offers live and recorded fitness classes for a monthly fee — made other moves this week.

On Wednesday it slashed the cost of a monthly subscription to its workout apps to $12.49 from $19.99, The Verge reported. It also rolled out apps for the Apple Watch and Amazon’s Fire TV.

The price cut could “accelerate adoption of its fitness platform,” JMP analysts said in a research note. Combined with Peloton’s 30-day free home trial and the prospect of a cheaper treadmill and rowing machine next year, they argue the company is “well positioned to attract a greater customer base into its broader ecosystem.” They raised their price target to $38 from $34.

“We do not believe this does much to affect holiday sales,” the Raymond James analysts said. “Black Friday traffic appeared solid, and the affordability campaign is compelling.”

Some traders are betting Peloton’s stock drop will be short-lived. About 10,600 January $50 calls — which give traders the right to buy the stock at $50 in the coming weeks — were traded Thursday evening, according to Bloomberg.

The $50 price tag represents a 60% premium to Peloton’s closing stock price on Thursday, and the total call volume for the day was more than twice the 20-day average, Bloomberg said.

Peloton defended the ad to CNBC on Wednesday, saying viewers missed the message.

“Our holiday spot was created to celebrate that fitness and wellness journey,” a representative said. “While we’re disappointed in how some have misinterpreted this commercial, we are encouraged by — and grateful for — the outpouring of support we’ve received from those who understand what we were trying to communicate.”

51% of Americans are planning…

Why markets are oddly subdued…

Is Pittsburghs tech hub the…