Artificially intelligent machines could soon join the ranks of the world’s greatest inventors.

A legal battle is brewing over whether robot inventors should be granted the same recognition as human creators.

That’s being led by an international squad of legal experts, which has revealed plans to recruit patent lawyers from around the world in an attempt to upend “outdated” rules disqualifying AI inventors.

The group argues that autonomous machines shouldn’t be barred from being inventors and that their designs deserve protection.

As the capacity for artificial intelligence to come up with original ideas has rapidly improved, legislators everywhere have been scrambling to figure out how to respond. Can an AI own intellectual property?

The six-strong group from around the world first made headlines in July after submitting patents designed by an artificially intelligent machine with US, UK and European Union authorities. 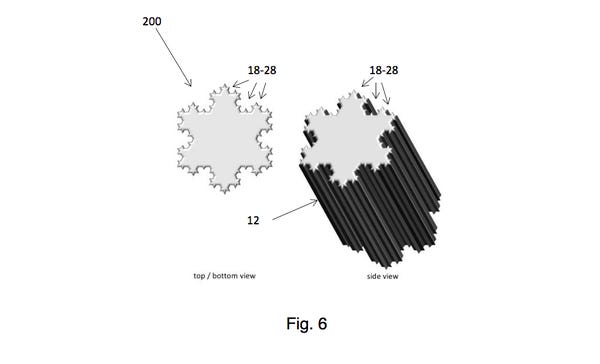 Dabus came up with a fractal design for a new type of food container.

The team is battling to recognize a particular AI inventor called Dabus.

Dabus, the creation of the Missouri-based AI expert Dr. Stephen Thaler, was fed a wealth of information including numerous abstract concepts related to design, practicality, color, and emotion. Afterward, the AI was able to design two original inventions.

The first was a “fractal food container,” a kind of lunchbox capable of changing its shape, making it an easier fit for a range of foods and easier for prosthetic or robotic limbs to grip.

The second was a flickering lamp, or “neural flame” as the team dubbed it, which mimics brain activity in a way that theoretically draws more attention from the human eye. The application suggested this could be used in emergency situations to draw the attention of rescue services.

We could enter a new age of AI inventors

While the initial applications including Dabus have yet to be officially decided on, the team said it intended to approach more patent offices around the world — and had already submitted designs in the Middle East and Asia.

Ryan Abbott, a professor of law and health sciences at the University of Surrey, exclusively told Business Insider the six-strong team of patent attorneys had submitted Dabus’ designs to authorities in Israel, Taiwan, and Germany — with more in the pipeline.

“Since we originally submitted the designs, we’ve received a lot of interest from lawyers in different jurisdictions,” Abbott said. “So now we’re actively recruiting experts around the world so that we can have the best chance of navigating local patent laws and, long term, achieving some change at the international level.”

The newest member of the team, Peggy Wu, is the executive manager at Top Team, one of the biggest intellectual-property firms in Taiwan.

Wu told Business Insider she agreed to join the team after realizing machine inventors were “no longer confined to science fiction.”

“I had seen some articles talking about AI inventors but hadn’t paid serious attention to it,” she said. “But after speaking to the team, I realized how important it was — we are already living in the age of AI inventors.

“The main idea behind the patent system is to improve the development of industry … If AI-generated inventions can’t be protected by patent rights, it’s very likely the big players with AI powers will keep their inventions as trade secrets. I think that would be a boundary to shared knowledge and polarize the competition.”

Since the team submitted its applications, authorities have begun engaging with the question of machine inventors more publicly.

In October, the UK Intellectual Property Office quietly issued an update to its guidance on inventorship, saying that an inventor had to be “a person” and that applications listing an AI would be withdrawn.

Across the Atlantic, the US Patent and Trademark Office published a notice saying it was seeking comments from the public on the rules around patents designed by artificial inventors.