President Donald Trump doubled down on an unsubstantiated conspiracy theory about Lisa Page, the former FBI attorney who broke her silence in an interview to describe the trauma of being singled out for attacks by Trump and his allies in their bid to undermine the Russia probe.

“When Lisa Page, the lover of Peter Strzok, talks about being ‘crushed’, and how innocent she is, ask her to read Peter’s ‘Insurance Policy’ text, to her, just in case Hillary loses,” Trump tweeted Monday while en-route to the UK for the NATO summit.

“Also, why were the lovers text messages scrubbed after he left Mueller. Where are they Lisa?” he continued.

Trump was referring to a groundless conspiracy theory he has seized on in his attacks on Page, a former FBI trial attorney who was dismissed from the Mueller probe after expressing concern at the prospect of Trump’s election in text messages with Peter Strzok, a senior FBI counterintelligence official with whom she was having a relatonship.

Both Page and Strzok were dismissed from the Mueller probe after the messages emerged. 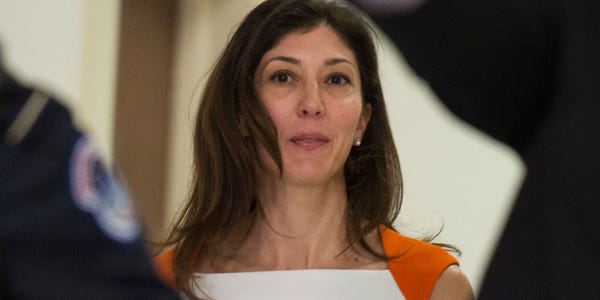 The messages between Page and Strzok were discovered as part of an internal probe into the origins of the Russia investigation, with a technical error meaning that some messages between the pair were not immediately recovered.

Trump has claimed without citing any evidence that the messages were deliberately suppressed, presumably because they contained evidence of a wider plot against him.

In their bid to discredit the Mueller probe, Trump and his allies have relentlessly targetted Page and Strzok in a series of personal attacks. Speaking to The Daily Beast in an article published Sunday, Page described the toll the attacks had taken.

She described being intimidated and concerned for her safety, but said she was determined not to remain silent any longer in face of the accusations.

“And when the president accuses you of treason by name, despite the fact that I know there’s no fathomable way that I have committed any crime at all, let alone treason, he’s still somebody in a position to actually do something about that. To try to further destroy my life,” she told the site.