Latest News
Home /Home Depot and Kohls earnings, housing data: 3 things to watch for in the markets on Tuesday

Veteran Donald Sullivan helps customer David Scannell at the Home Depot in Hyattsville, MD on October 31, 2013. Sullivan served 27 years in the Army and recently retired as a Lt. Colonel. Home Depot is known for hiring veterans and has been a good fit for Sullivan who is helps manage the Hyattsville store which is one of the top volume stores in the area.

Here are the most important things to know about Tuesday before you hit the door.

1. Home Depot earnings on deckHome improvement retailer Home Depot reports third quarter earnings before the bell on Tuesday. Jefferies is expecting Home Depot to report earnings per share of $2.53, compared to the $2.51 per share earned in the same quarter last year. The firm is forecasting same-store sales growth of 4.9% for the period. 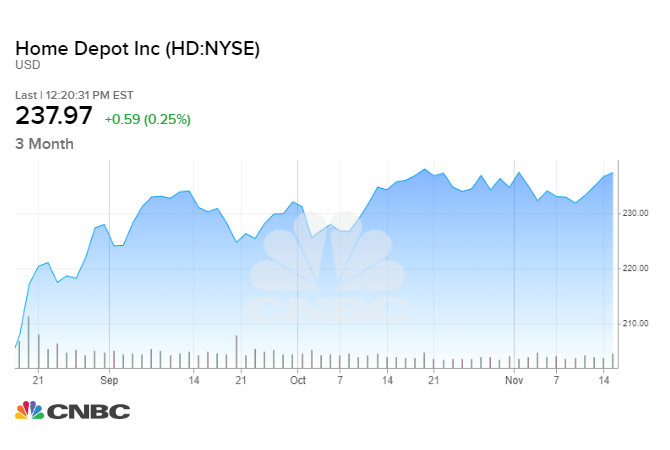 Shares of Home Depot are up about 17% in the last three months. 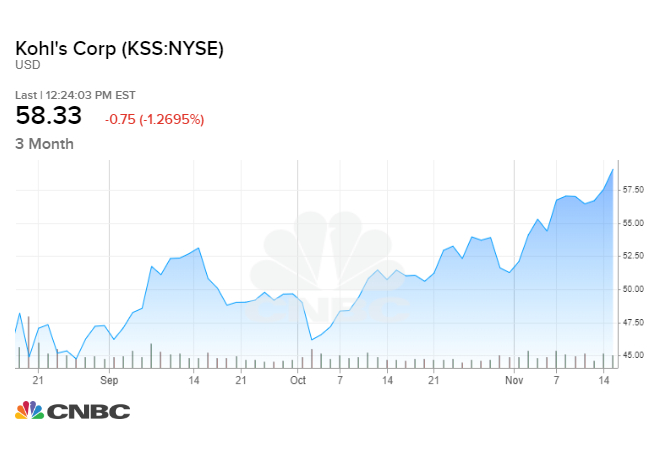 Wedbush said it is cautious on Kohl’s heading into earnings as the firm has less visibility into fourth quarter guidance and promotional trends. Shares of Kohl’s are up nearly 30% in the past three months, higher than the S&P 500 retail ETF the XRT, which is up about 14%. The outperformance leaves”little room for anything but glowing commentary as to the start of Holiday,” said Wedbush analyst Jen Redding in a note to clients.

We’ll get a read on homebuilding in the U.S. on Tuesday with housing starts data set to release at 8:30 a.m. Economists polled by Dow Jones are expecting that housing starts increased 3.5% in October, adding 1.3 million new homes, according to the Commerce Department.U.S. homebuilding tumbled from a more than a 12-year high in September, while single-family home construction grew for a fourth straight month, suggesting the housing market remains supported by lower mortgage rates even with a slowing economy.Homebuilder confidence in November fell 1 point to 70, after rising steadily since June to the highest level of the year last month, the national association of Home Builders/Wells Fargo Housing Market Index said Monday.Major events (all times ET):8:30 a.m. Housing starts9:00 a.m. New York Fed President John Williams10:00 a.m. QSSMajor earnings:Home Depot (before the bell)TJX (before the bell)Kohl’s (before the bell)Aramark (before the bell)Medtronic (before the bell)—with reporting from CNBC’s Michael Bloom.