For anyone who thought Tyson Fury’s deal with WWE was a one-time thing just for Saudi Arabia, think again.

WWE have announced the Gypsy King will be appearing on SmackDown this coming Friday in Manchester and will join Corey Graves’ After The Bell podcast. 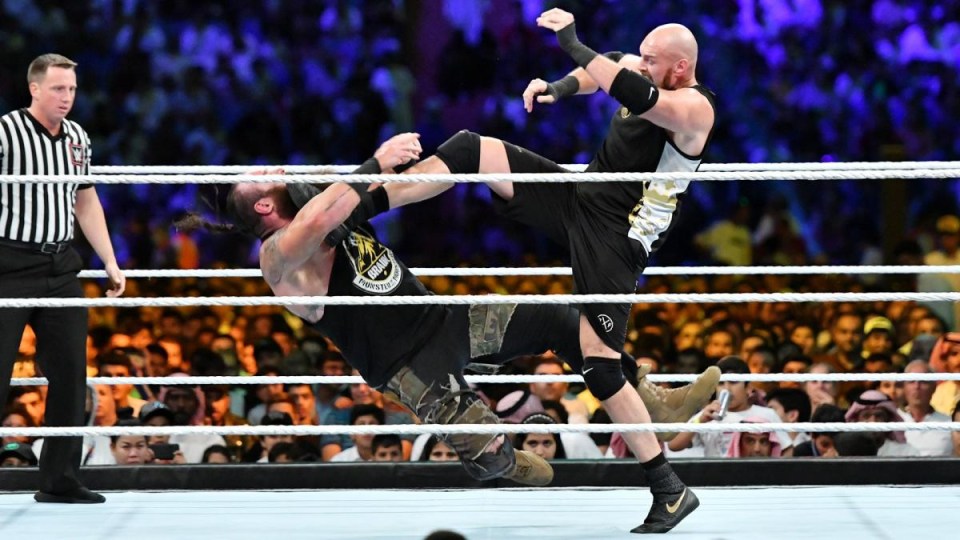 Fury made his WWE debut at Crown Jewel in Saudi Arabia against Braun Strowman.

The lineal heavyweight boxing champion of the world won that bout via countout and told WWE afterwards his next focus is Deontay Wilder in February.

However, WWE have hyped Fury’s return to his hometown on their website and suggested he is in for another collision with Braun Strowman, as they have ‘unfinished business’.

Cody Rhodes says if HHH, Vince or Stephanie ask him to ‘repay the debt’ – he will

Nattie: Inside first women’s match in Saudi, ‘100 per cent’ Evolution 2 is close

Gypsy King Vs The Beast

Journalist Dave Meltzer stated last week that WWE’s original plan for Fury was to face Brock Lesnar, and that’s something they may revisit down the road.

It’s hard to imagine this appearance will lay the groundwork for that given that Lesnar is not on the European tour.

It’s more than likely something WWE thinks will help move tickets in Manchester as the double-taping of SmackDown and RAW is yet to sell-out.

Jeopardy!: The Greatest of All…

6 must-know moments from the…

Tim Allen arrives at the…

Hard Rock Hotel will not…

Can Little Women make an…

The 7 Best Albums of…

Star Wars: The Rise of…