A distraught mother is calling on the government to introduce stricter internet controls after her son was able to buy cyanide online and use it take his own life. 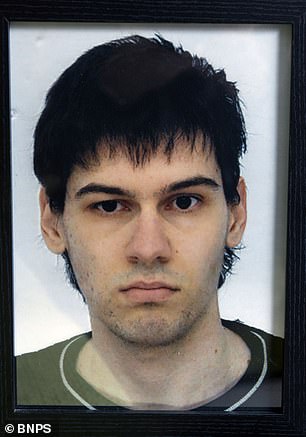 Kristiyan Danailov, (pictured) who was 21 and from Bournemouth in Dorset, emailed a company who sent him the lethal substance in the post

Kristiyan Danailov, who was aged 21 and from Bournemouth emailed a company who sent him the lethal substance in the post.

It arrived through his door a few days later.

Mr Danailov, who had recently been diagnosed with Aspergers syndrome, was found dead in the bedroom of his family home. A tub containing an unusual, crystal-like substance was found by a paramedic next to his body, with one of its ingredients listed as ‘cyanide’.

Mrs Danailova, a 48-year-old nurse, and husband Petar, 52, a carpenter, are demanding more restrictions on the internet brought in to prevent it from happening again.

She said: ‘It was too easy for him to buy something so dangerous online.

‘The government needs to introduce more restrictions and stronger checks.

‘Children are on their computers for so many hours each day and anyone could do the same as my son.

‘We can’t bring him back but maybe we can prevent more deaths in the future.

‘I think any parent would agree with me that more needs to be done. 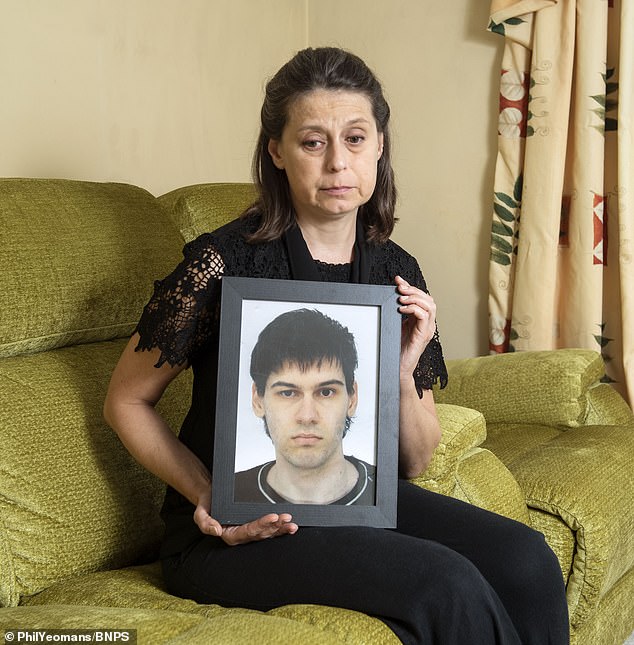 Elana Danailova holding a picture of her son Kristiyan Danailov.  Elana is calling on the government to introduce stricter internet controls after her son was able to buy cyanide online and use it take his own life

‘Losing a child is the worst pain imaginable but in his memory we want to start a campaign to stop it happening again,’ she added.

At Kristiyan’s inquest Richard Middleton, the assistant coroner for Dorset, expressed concerns about how easy it had been for him to buy the poison.

He said: ‘What concerns the family, and in turn concerns me, is the apparent ease with which he placed his delivery.

‘The circumstances which exist at this moment in time will create the risk of other deaths.’

Mr Middleton has since written to DEFRA, the Health and Safety Executive and the Chemical Businesses Association to ask for a formal response to his concerns.

All three parties are required to provide answers to him by November 20 but it is not clear if any have.

The Danailovs moved from their native Bulgaria to the UK in 2012. 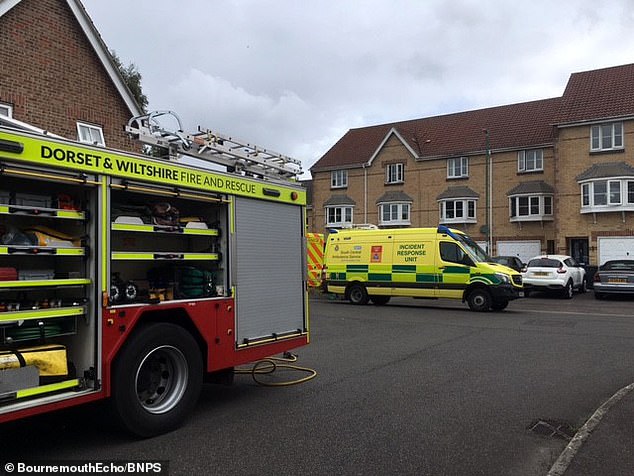 Emergency services at the scene in West Howe, Bournemouth, Dorset, where Kristiyan lived with his parents and 15-year-old brother Ivo. The family had moved to the UK from Bulgaria in 2012

Kristiyan lived with his parents and 15-year-old brother Ivo at a semi-detached family home in West Howe, Bournemouth.

He carried out a catering course at a local college but was unable to get work because of his Asperger’s which was diagnosed in 2018.

He began to isolate himself in his room and lost weight.

Warnings as to the toxicity of the substance also feature on the packaging itself.

After Kristiyan was found dead police and a specialist response team from Dorset and Wiltshire Fire Service were called to oversee the removal of his body due to the risk of contamination.

Despite the efforts of coroner’s officers to find a safe location for the post mortem to take place, the examination was not carried out due to the toxicity of the chemical. 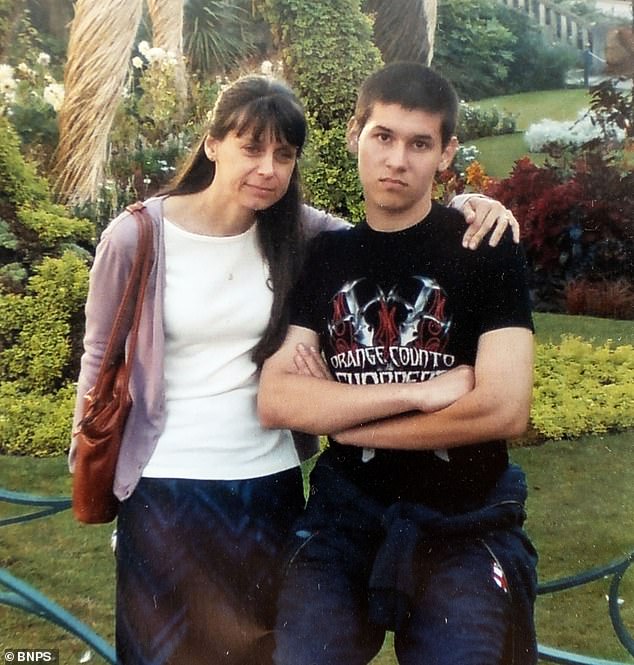 The assistant coroner for Dorset, Richard Middleton, has since written to DEFRA, the Health and Safety Executive and the Chemical Businesses Association to ask for a formal response to his concerns about how easy it had been for Kristiyan to buy cyanide

However, pathologists were able to provide a cause of death as ‘consistent with cyanide poisoning’.

Cyanide is not illegal to buy in the UK but people must hold a Home Office licence and an associated photographic identity document to obtain it.

A spokesperson for the Chemical Business Association said: ‘We are a trade body, not an enforcement agency.

‘We do not believe the company which sold the cyanide is a member of our association. It is not our place to comment on a non-member.’

DEFRA and the Health and Safety Executive have been approached for comment but have yet to respond.

If you have been affected by any of the issues raised in this article then you can call the Samaritans 24 hour helpline on 116 123.