Latest News
Home /The Campaign Is The Amplifier: How Trump Plans To Fight Impeachment Push 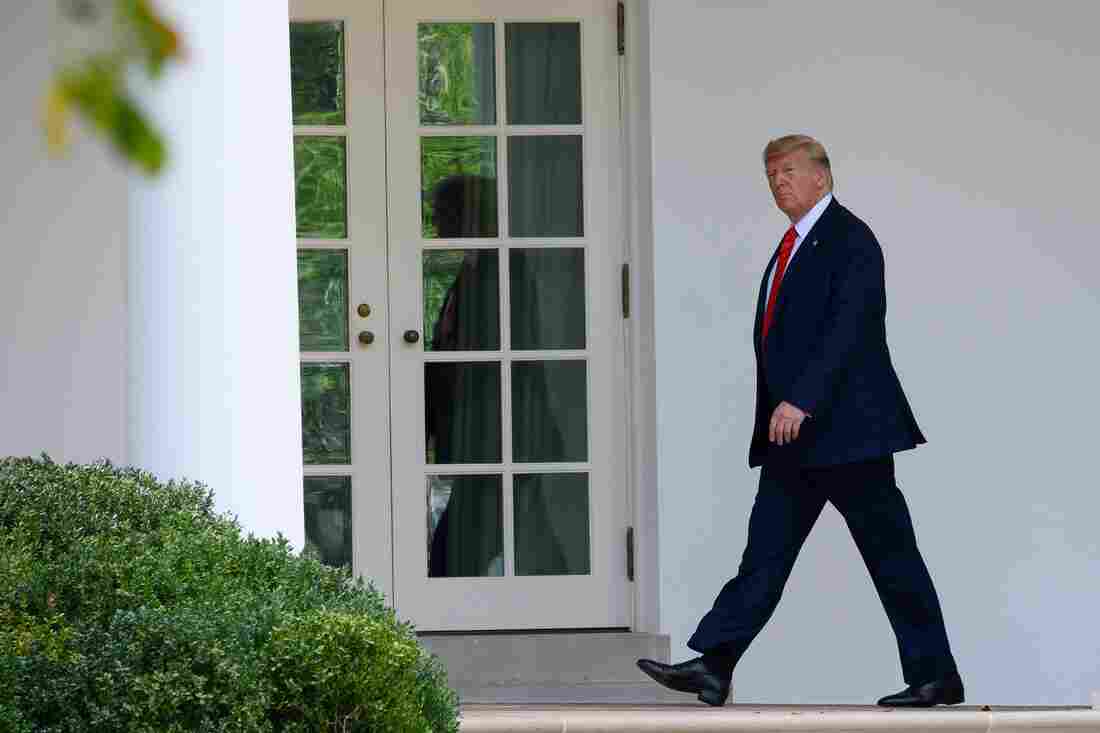 President Donald Trump returns to the White House last week as the Ukraine scandal grew, with an impeachment inquiry launched by Democrats in the U.S. House. 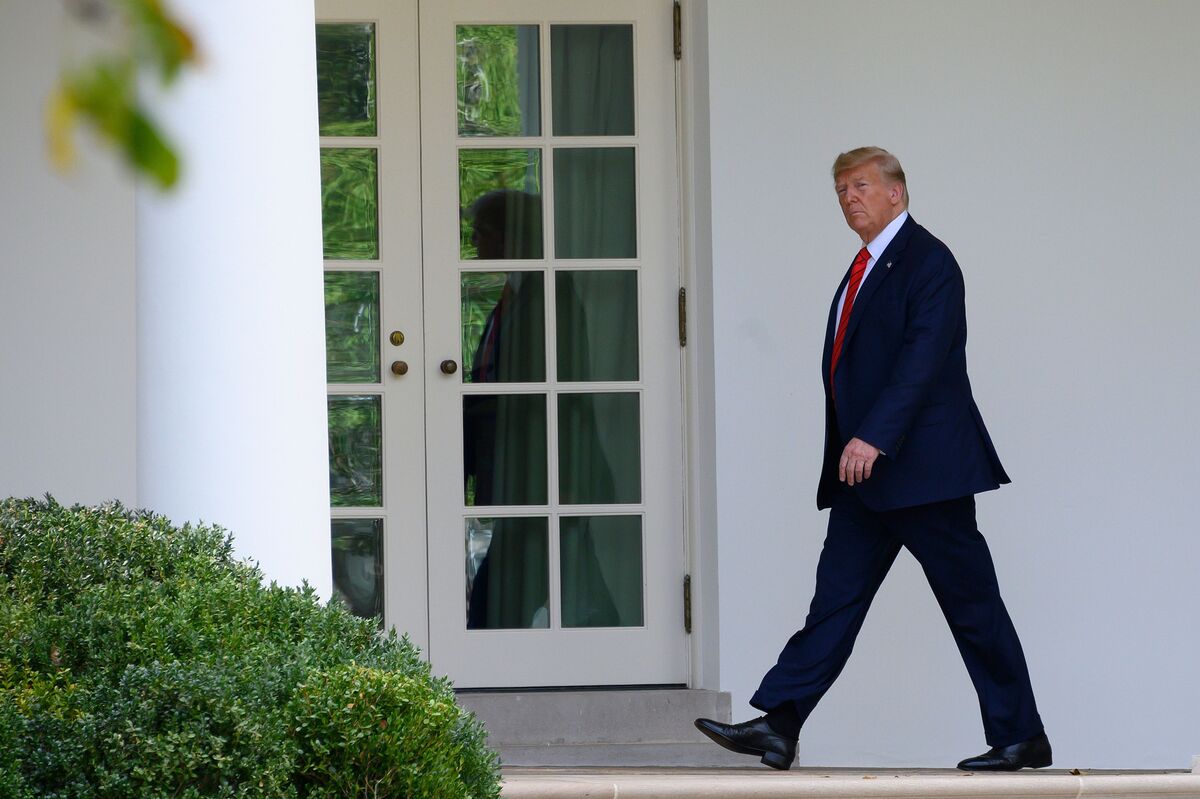 President Donald Trump returns to the White House last week as the Ukraine scandal grew, with an impeachment inquiry launched by Democrats in the U.S. House.

President Trump’s White House is struggling with how to respond to the ever-growing Ukraine scandal as the House Democrats’ impeachment inquiry is set to take depositions from key witnesses this week.

Instead of defending Trump from inside the White House, all signs suggest that Trump’s re-election campaign will take an outsize role in pushing back on his impeachment, aggressively and with millions of dollars behind it.

Talking to reporters on Friday about the scandal, White House adviser Kellyanne Conway blurted out a truth about the White House’s apparatus to defend Trump.

“I’m like the only person out here taking your questions,” said Conway, whose job doesn’t even technically include being a spokesperson for the White House.

But in an administration where the president views himself as his own best messenger, Trump has been the loudest voice defending his actions. Over the weekend, he tweeted about the Ukraine scandal and impeachment more than 80 times.

It’s a stark contrast with the last time a president was impeached. Facing impeachment in 1998, then-President Bill Clinton had a “war room” of lawyers and communications professionals doing battle for him in real-time, aggressively pushing back on the House Republicans who ultimately impeached Clinton, but did not remove him from office.

The Trump White House currently has no similar operation set up, which Conway insists isn’t needed. “Why do we need an impeachment war room when the other people have the burden of showing why they’re impeaching the president?”

NBC reported Sunday that top White House officials, including acting chief of staff Mick Mulvaney are set to present plans to Trump for how to defend him this week but press secretary Stephanie Grisham told NPR, “the NBC story is wrong.”

‘I’m Not Sure This White House Is Prepared’

“I think this is just the beginning and I’m not sure this White House is prepared for it,” said Chris Ruddy, CEO of Newsmax and an informal adviser to President Trump in an interview with All Things Considered last week. “It doesn’t have the communication staff for the response that’s going to be necessary for an impeachment ordeal. It’s six committees opening guns up on the president. There’s staff that still needs to be appointed in the White House. It’s just not a good situation.”

In the White House counsel’s office, the lawyer with significant impeachment expertise, Emmett Flood, left after the conclusion of the Mueller report. And there’s no indication President Trump’s outside legal team, in place to deal with the Russia probe, is bulking up for the rapidly intensifying House impeachment inquiry.

“Well, I thought we won. I thought it was dead,” said Trump on Thursday. “The Mueller report — no obstruction, no collusion.”

“This is a political issue, not really a legal one,” said Jay Sekulow, who has been heading up Trump’s private legal team. “The lawyers involved need to have some political savvy and the team that we have in place are prepared to meet any inquiries appropriately.”

Another of Trump’s lawyers who was helping him deal with the Mueller investigation is Rudy Giuliani, who is deeply involved in the Ukraine matter. Giuliani’s name appears repeatedly in the July 25th call at the heart of the impeachment inquiry.

In the Clinton White House, the “war room” was part of an effort to wall off the president and his policy agenda from the impeachment conflagration threatening to consume his presidency.

“We would have 75% of the staff remain focused on policy during the impeachment proceedings,” said Jennifer Palmieri, who worked in the Clinton White House during impeachment. “And it was that focus on doing his job that kept him afloat.”

But it isn’t 1998 and Donald Trump isn’t Bill Clinton. While Clinton’s trademark was policy, Trump’s presidency has been characterized by a string of feuds and fights with everyone from professional football players to “the squad” to North Korean leader Kim Jong Un. Battling is an end in itself, and impeachment is the biggest battle of them all.

Ron Bonjean, a Republican strategist who has advised the White House, says impeachment is going to be the number one issue in Washington over the next several month and will inevitably consume the Trump White House.

“This is it, this is all hands on deck,” he said, adding that it will be the same for Democrats.

“The campaign is the amplifier”

Unlike Clinton and former President Richard Nixon who both dealt with impeachment in their second terms, Trump is facing this inquiry in the midst of re-election. Trump has claimed that the House investigation will help his campaign by solidifying his base.

A person familiar with the campaign’s thinking says they do not welcome impeachment but will be able to lean on the campaign to defend Trump and shore up his base.

While the Clinton impeachment “war room” was on the White House grounds, for Trump it’s in his campaign headquarters in a high-rise office building in northern Virginia. There are researchers, surrogates and a rapid response team, boosting Trump’s message. There’s even a twitter account called “Trump War Room.”

“The campaign is the amplifier,” the person said. “This is what it does.”

Evidence of this came over the weekend when the Trump campaign, along with the Republican National Committee, announced a combined $10 million cable ad buy. The ads go after former Vice President Joe Biden and House Democrats and are an attempt to sway public opinion as the impeachment inquiry gets going. It’s not clear yet how saturated the airwaves will be, but it is a significant buy.

The Trump campaign and Republican National Committee are spending $10 million running ads like this one on cable. It contains an inaccurate description of former Vice President Biden’s involvement in Ukraine.

“This ad buy is just the beginning of an all-out fight to defend our democracy and our President,” said RNC Chairman Ronna McDaniel in a statement.

Bonjean, who is also a Republican veteran of the Clinton impeachment battle, said to expect millions more to be unleashed in the coming months, putting pressure on lawmakers and amplifying up voter anxiety and fatigue along the way.

US urges Apple to unlock…

Here Are The Lawyers Who…

New York is in uproar…

Trump loyalists back action in…