A glittering crowd of American and Australian luminaries gathered under the stars in the White House Rose Garden on Friday, resolutely celebrating even as serious matters of national security and presidential politics combined to cast a cloud over President Donald Trump.

Not long before the president and first lady Melania Trump stepped out of the White House front door and welcomed Australian Prime Minister Scott Morrison and his wife, Jenny, Defense Secretary Mark Esper announced the deployment of additional U.S. troops to the Persian Gulf region in response to a recent attack on the Saudi oil industry. At the same time, a controversy intensified over a conversation Trump had with Ukraine’s new president.

Some guests attending just the second state dinner of the Trump administration sought to keep the conversation on the lighter side.

“I’m looking forward to celebrating tonight,” Republican Rep. Mark Meadows of North Carolina said when he was asked about the day’s breaking news. 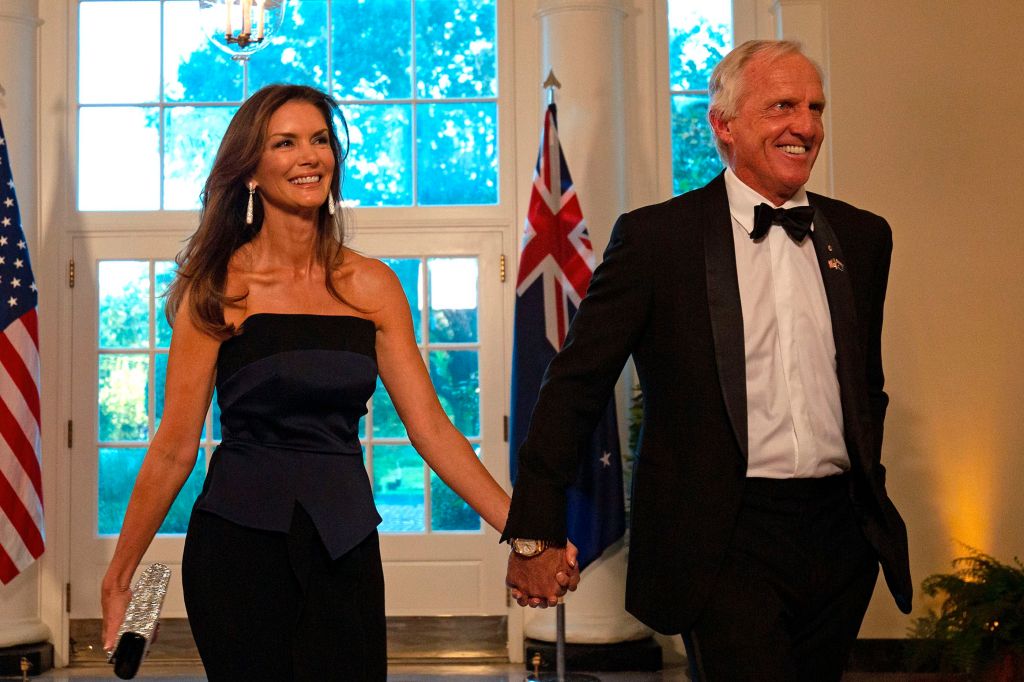 “Ha ha ha,” came the response from Trump attorney Rudy Giuliani, who tipped his head back and laughed when he was asked about the bewildering answers he gave about Trump’s conversation with the Ukrainian leader during a nationally televised interview Thursday. A person familiar with the matter said the Republican president urged his East European counterpart during a summertime telephone conversation to investigate the son of former Vice President Joe Biden, who is among the leading Democrats vying for the chance to deny Trump reelection in November 2020.

Music wafted across the South Lawn below an illuminated White House as guests descended the outside staircases to join the garden party.

Guests, including several Cabinet secretaries, members of Congress, White House staff and an Australian delegation that included native son and pro golfer Greg Norman, were seated at a mix of round and rectangular tables draped in alternating yellow and green tablecloths in tribute to Australia’s national colors and dined on sunchoke ravioli, Dover sole, and apple tart a la mode. Temporary flooring was laid over the grass. 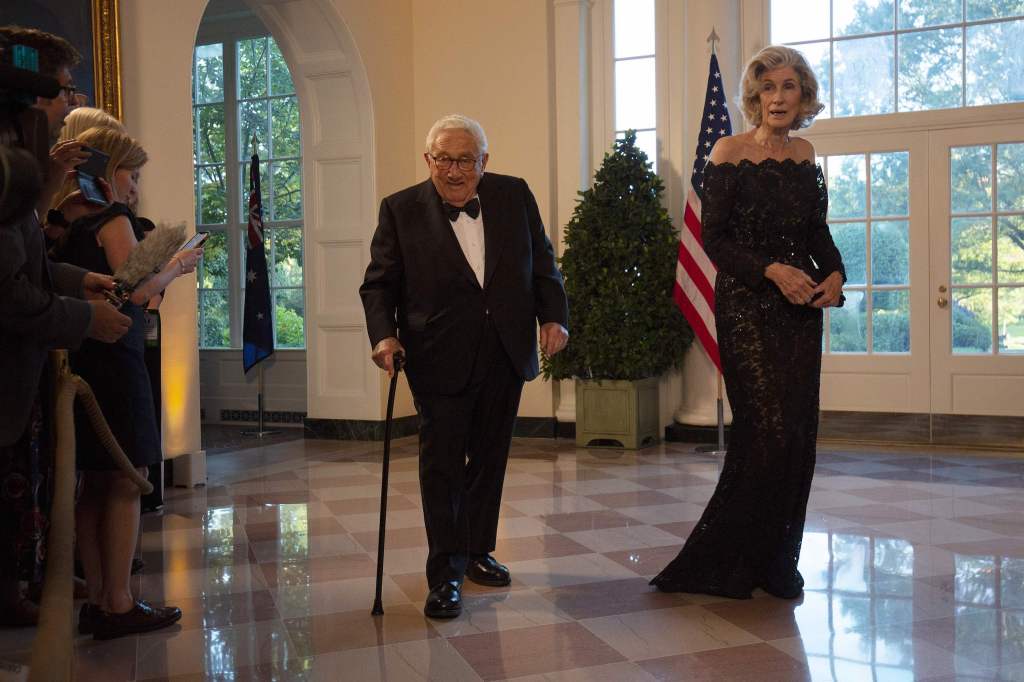 Former U.S.Secretary of State Henry Kissinger and his wife, Nancy.

Dinner centerpieces were made using more than 2,500 yellow California roses and Australia’s national flower, the golden wattle, while the garden itself was decorated with white and yellow roses.

Music came from all four sides of the Rose Garden and from above. The singers and musicians represented the Army, Navy, Air Force, and Marine Corps and surrounded the party, while a band played on the roof of the West Wing.

For the after-dinner entertainment, a band on the West Wing roof and a chorus below performed What a Wonderful World. A solo violinist also performed while walking among the guest tables. 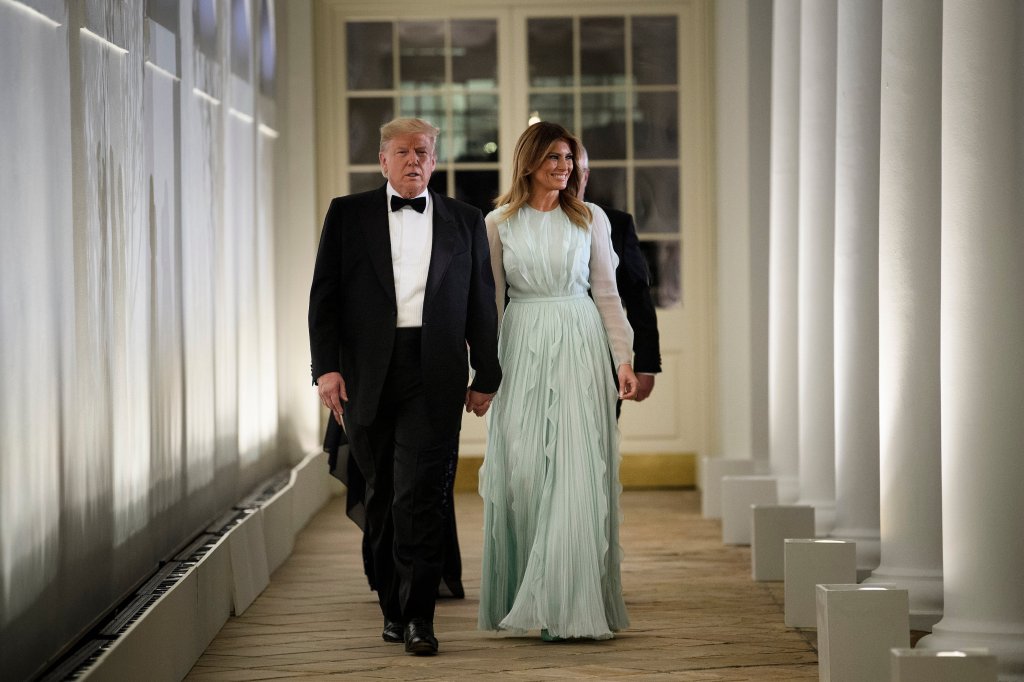 In remarks before the three-course meal was served, Trump raised his glass to a “very special people and a very, very special country.” He had said earlier Friday that he would love to attend the 2019 President’s Cup golf tournament in Australia in December, if his schedule will allow it.

In return, Morrison praised the first lady’s “quiet grace” and toasted to 100 years of “mateship” between the U.S. and Australia. 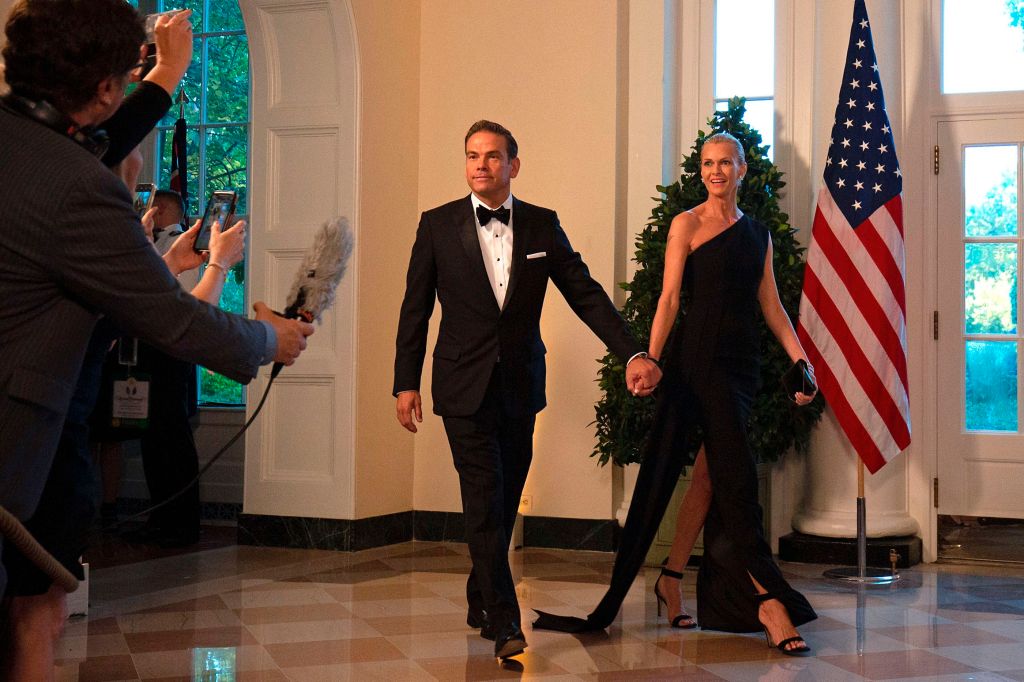 Trump and Morrison held private talks earlier Friday after the prime minister was feted with a pomp-filled military arrival ceremony on the South Lawn.

At an afternoon news conference in the grand East Room, Trump said he and Morrison “talked about everything you can talk about,” including military issues and trade. Morrison said he and Trump share a “passion for jobs” and commended Trump for his record on job creation.

On a big day for diplomacy, Morrison and his wife also worked in a State Department luncheon hosted by Secretary of State Mike Pompeo. 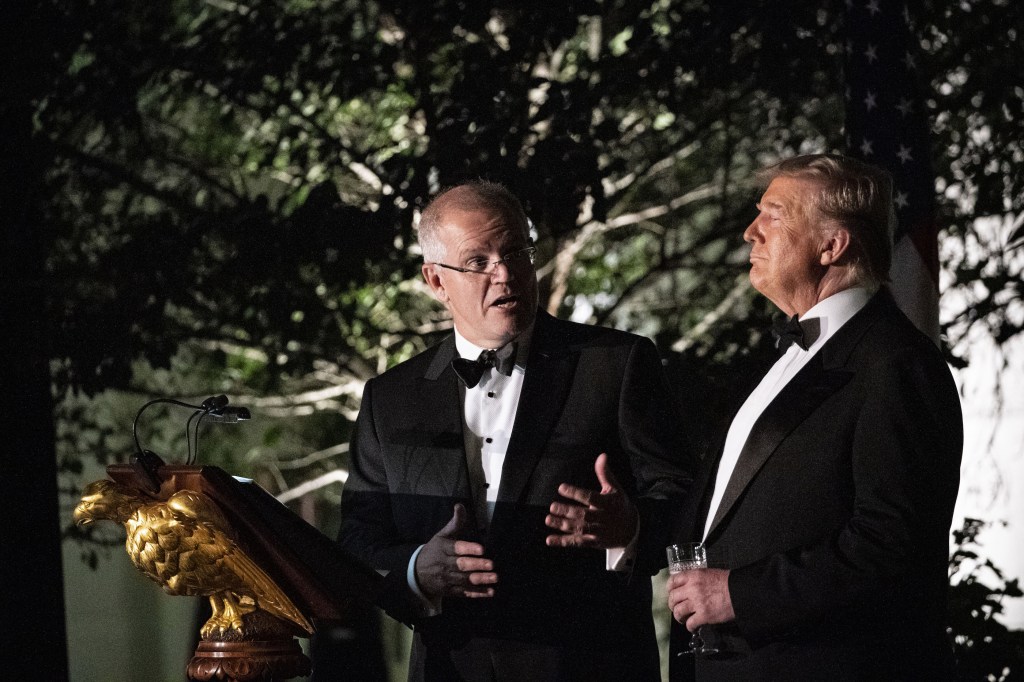 Trump’s first state visitor French President Emmanuel Macron last year. But when it comes to state dinners, Trump seems to prefer being on the receiving end.

He’s been the honored guest on state visits to Japan and Britain this year alone, in addition to other such visits in his first two years in office, including to Beijing on what China billed as a “state visit, plus.”

Trump and Morrison will spend part of Sunday together when they tour a new, Australian-owned manufacturing facility in Ohio. 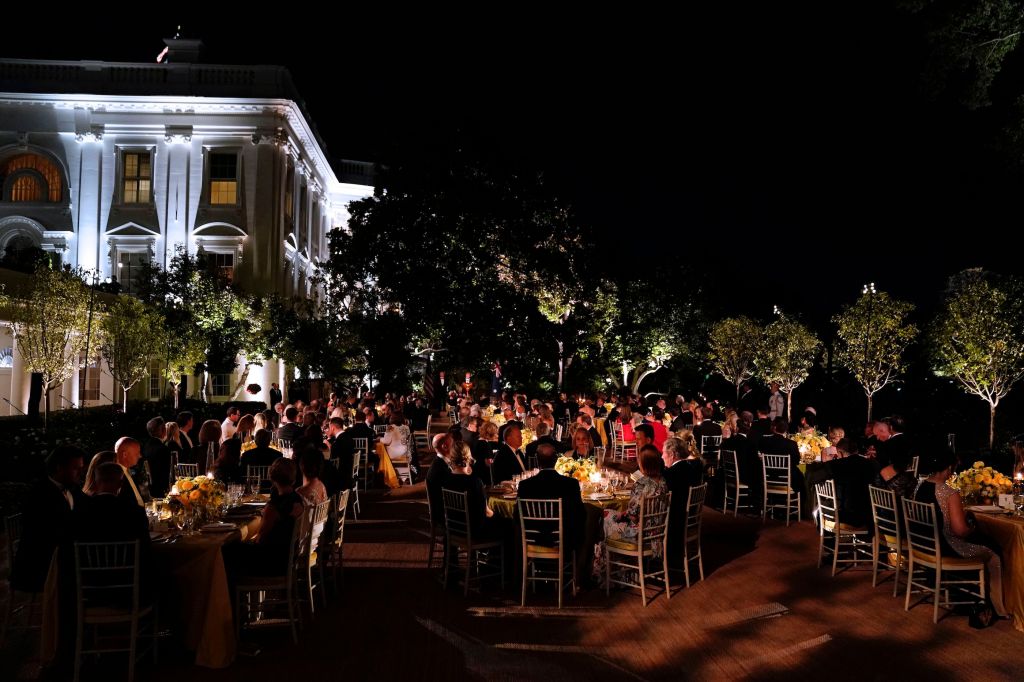 —New York’s rape laws are now some of the toughest in the nation. Here’s why
—These are the 2020 senate races to watch
—Jeff Bezos details Amazon’s net-zero carbon emissions 2040 goal
—A doctor who prescribes abortion pills online is suing the FDA. Is she breaking the law?
—Can Andrew Yang win in 2020? Inside his unorthodox campaign
Get up to speed on your morning commute with Fortune’s CEO Daily newsletter.

Trump to meet with Barr,…

LIVE: Protests rage across US…

Department of Homeland Security at…

Over 2.1M Americans filed for…

Lake of the Ozarks bar…

‘Those Are Coming’: Grenell Says…

Hey Christians, Are We a…