Latest News
Home /Teen charged with murder after boy stabbed to death while dozens watched, filmed and did not call for help 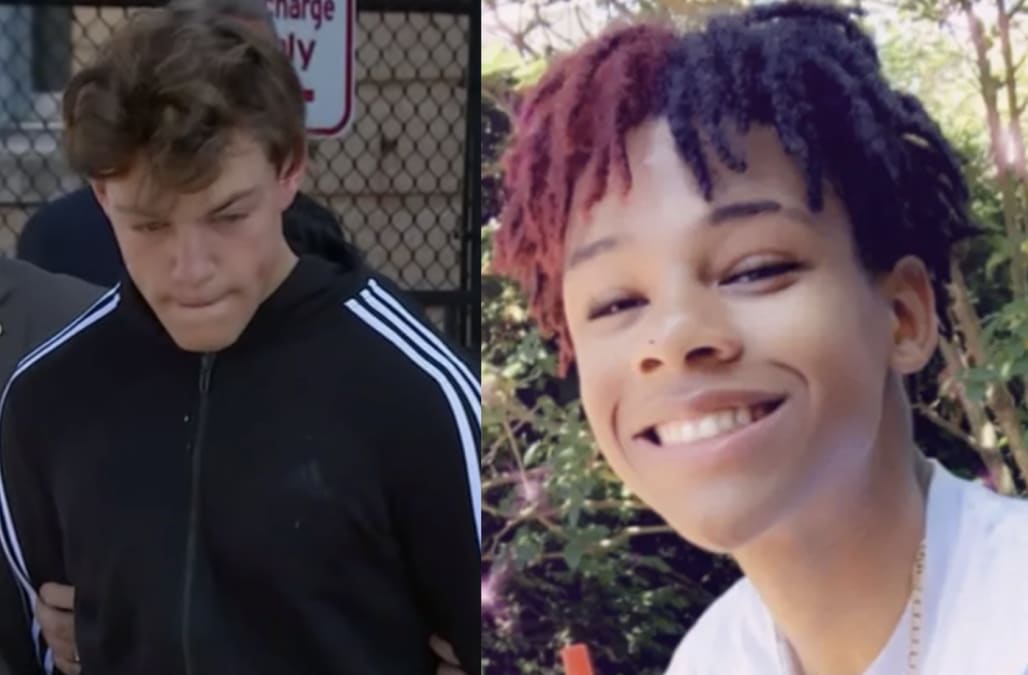 A teenager has been charged with second-degree murder in the death of another teen who was stabbed during a fight in a Long Island, N.Y., parking lot earlier this week, while dozens of onlookers watched and filmed but did nothing to intervene.

Tyler Flach, an 18-year-old college freshman from Lido Beach, N.Y., pleaded not guilty at his Thursday arraignment in the death of 16-year-old Khaseen Morris, Newsday reports. He was ordered to be held without bail and faces 25 years to life in prison if convicted.

The suspect surrendered himself to police late Wednesday with the help of his attorney, Ed Sapone, who told Newsday his client “strongly maintains his innocence.”

“He took the responsible step of self-surrendering to eventually clear his name,” Sapone said ahead of the arraignment. “At the appropriate time, we will release vital information about what happened that’s not captured on video and that completely changes this case. Until then, we ask the community to reserve judgment and pray for those who are suffering.”

Flach has had at least two prior arrests in 2019, one on Sept. 8 for criminal possession of a controlled substance and one on May 23 for assault in the third-degree related to a road rage incident, Nassau County police commissioner Patrick Ryder said during a press conference.

Morris, a student at Oceanside High School, was allegedly lured to a strip mall parking lot near his school after class on Monday by another group of teens who threatened his safety if he didn’t show up.

The victim was then attacked by a group of six to seven teens, including the suspect, who allegedly stabbed Morris in the upper torso while as many as 50 teenagers looked on but failed to call for help while Morris lay dying. The victim was rushed to South Nassau Hospital in critical condition, where he died of his injuries several hours later.

“They videoed his death instead of helping him,” Detective Lt. Stephen Fitzpatrick of the Nassau County homicide squad said at a Tuesday press conference. “I don’t know what to make of it, my generation versus this generation. This can’t go on. Your friends are dying while you stand there and video it. That’s egregious.”

Authorities believe the fight may have started over a girl who recently ended a relationship with one of Flach’s friends, who was also present at the melee. Both detectives and the victim’s family say the girl was also friends with Morris, though the exact nature of their relationship is unclear.

The sister of the victim, Keyanna Morris, said her brother walked the girl in question home from a party on Saturday night after she asked him to do so, WABC reports. Keyanna said she now believes the girl made the request in order to make her ex-boyfriend jealous.

“He was a person that would help anyone, and no one helped him,” Keyanna Morris told reporters through tears.

Authorities are currently investigating several other individuals for their involvement in the fight, which left another teen with a broken arm and a head injury. Those with information on the incident are asked to call Crime Stoppers at 1-800-224-TIPS.

Police horrified after at least 50 teens watched, filmed boy dying and did not intervene