In today’s personal branding culture, it’s not enough for a celebrity to just be an actor or musician, and many have capitalized on their fame by launching a wine or spirit brand. Today’s shelves read like a movie credit roll: Brad Pitt and Angelina Jolie’s Miraval Rosé, Jon Bon Jovi’s Hampton Water, Justin Timberlake’s 901 Tequila, and George Clooney’s Casamigos Tequila are just a handful of examples.

Some musicians, however, are using their stardom to bring prominence to a lesser-known beverage: sake.

The past few decades have seen a decline in domestic consumption of sake in Japan, yet a rise in popularity in foreign markets. Sake exports rose 119.9% in value, and 119% in volume, from 2016 to 2017, according to Japan’s National Tax Agency. But a growing number of musicians, with rigorous worldwide touring schedules, have become ambassadors of the beverage and now play a part in this global awareness. 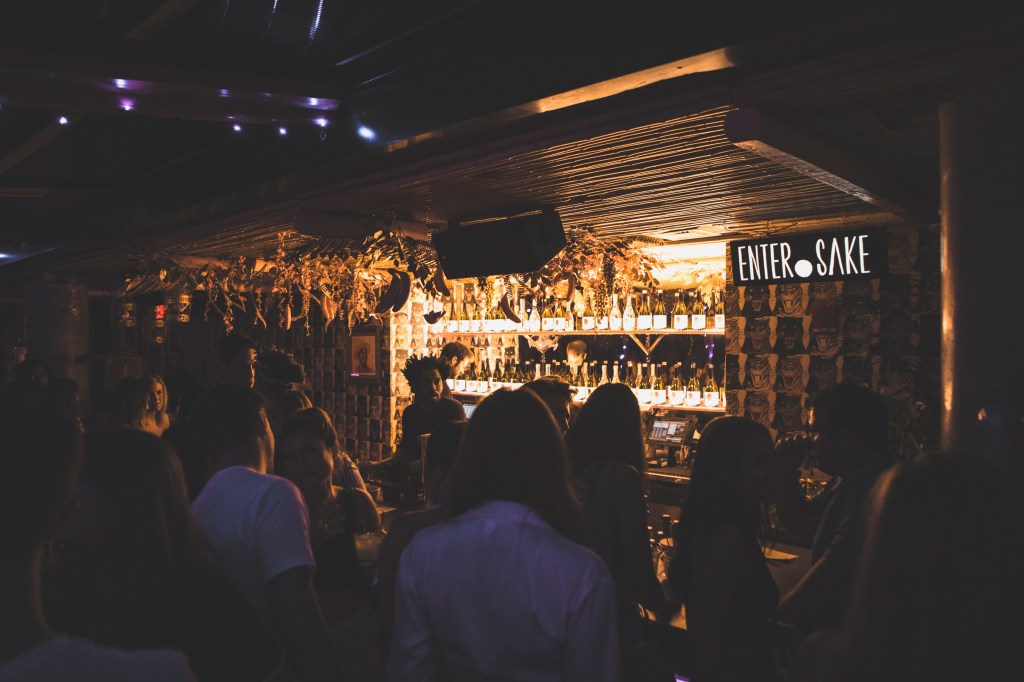 DJ Richie Hawtin became consumed with learning more about the beverage after his first trip to Japan in 1994. “I loved the taste, and the more I drank over the coming years, the more I appreciated and liked the feeling that sake gave me,” he says. “It was kind of hypnotic and heady. Very early on, I felt that it really suited the style of music that I was playing, and it just all kind of fit together.”

Hawtin began planning his DJ schedule around far-flung locations in Japan in order to try the local styles. In 2007 he took a professional sake course with John Gauntner, an English-speaking wine educator in Japan. “I think on day two or day three, I knew I was going to be involved in sake somehow for the rest of my life,” says Hawtin.

A DJ residency in the city of Ibiza—which Hawtin describes as an “international crosspoint”—in 2011 brought an opportunity to meld his music and the drink. Touring through the venue, Hawtin came upon a back space that he felt could serve as a sake bar. The party series, called ENTER, “was about bringing people into a wider experience of what turns me on,” Hawtin says. “To me it didn’t seem like a harebrained idea to bring sake into that mix. I felt that if I enjoyed sake when I was playing music as a performer, then it wasn’t too much of a stretch to think that the people listening and dancing to my music would also like that experience.” 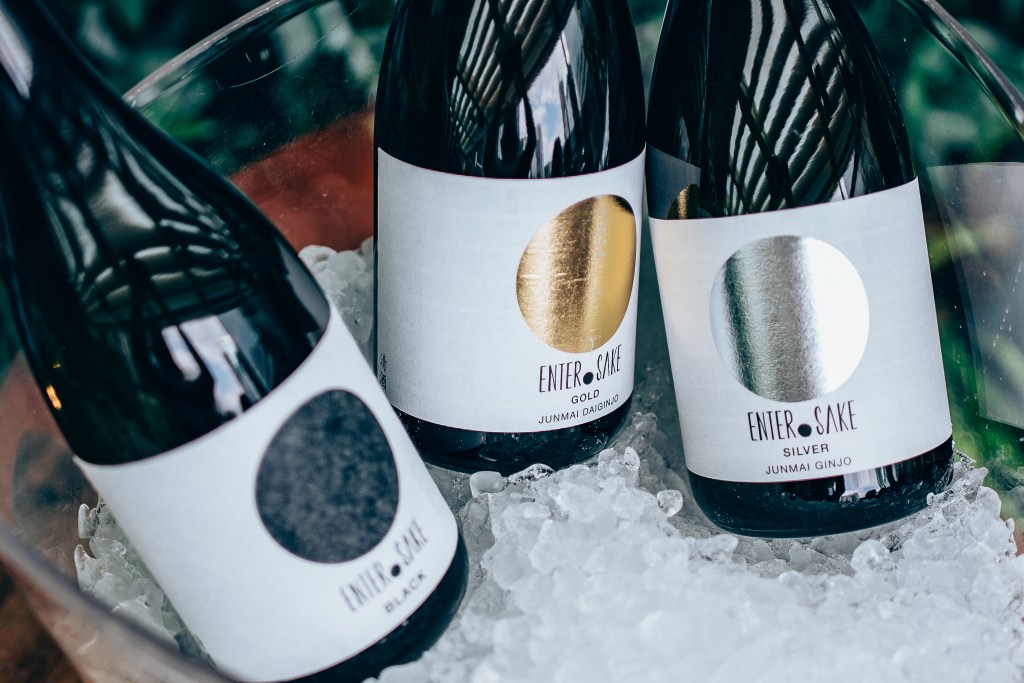 Three styles of sake from ENTER.Sake.

The bar, ENTER.Sake, became a platform for experimentation. Hawtin curated the sake selection, most from small, family-run breweries, and gained valuable feedback from the cross-cultural audience. Although the ENTER party eventually reached its conclusion after three years, ENTER.Sake took on a new iteration as a brand. The signature line, produced by Sekiya Brewery, located between Nagoya and Nagano, boasts three different styles to appeal to a range of palates: honjozo, a more robust sake; junmai ginjo, known for being aromatic and ripe; and junmai daiginjo, which is delicate and more elegant.

However, Hawtin wants ENTER.Sake to fulfill a mission: Save breweries from closing. A second line under the label produces limited-edition bottlings from small producers. Hawtin now finds himself in the role of sake advocate, telling stories of the breweries through dinner parties, events, and the sake itself. 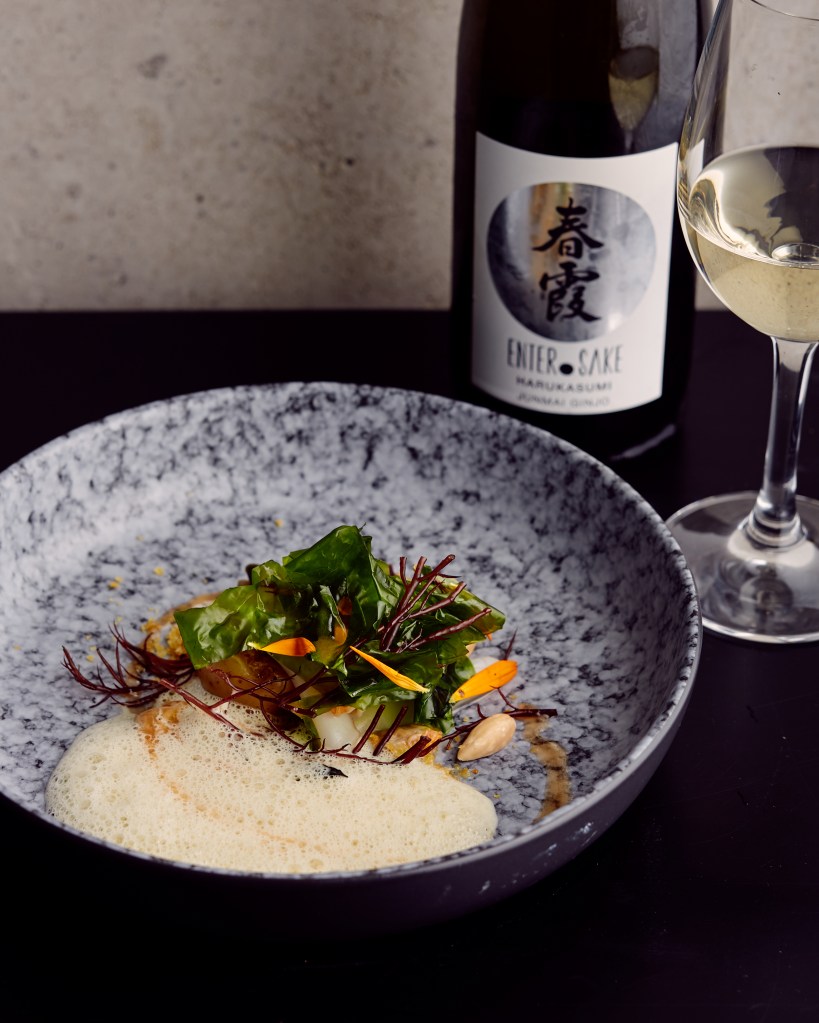 Dinner with a glass of ENTER.Sake Junmai Ginjo.

Personal passion also spurred Christian Mazzalai, guitarist in the band Phoenix, to focus on the traditional Japanese beverage. The musician first encountered sake during the band’s second-ever performance, which took place in Japan. Like Hawtin, he had an epiphany with one of his first sips, and it became a ritual for the band to drink sake before a show.

Mazzalai’s education accelerated when he moved above Japanese specialty shop Workshop ISSÉ in Paris. The owner, Toshiro Kuroda—whom Mazzalai refers to as “Master”— became a mentor to Mazzalai. “I learned a lot about sake, but I [also] learned about Japanese culture and a lot about life,” he recalls. The elderly Kuroda occasionally joined them on tour, and after one particular riotous afterparty—organized by Kuroda—an idea formed to create a specialty Phoenix sake in partnership with Tatenokawa Brewery. 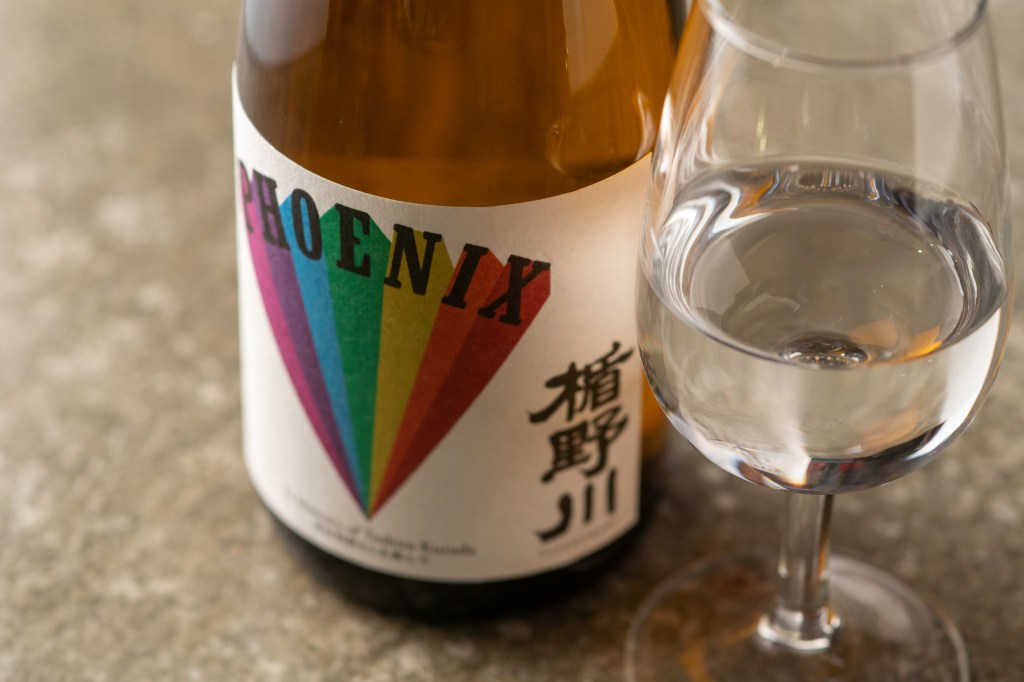 Mazzalai and Kuroda tasted and collaborated with the brewery to create their sake. “What Mr. Kuroda told me once is that the aim of sake is to be very minimalist and to go to almost water; he was saying [quality] sake is the ideal of water,” Mazzalai says of their sake’s flavor profile.

Sadly, Kuroda passed away just before the sake’s release in 2017, but Phoenix is continuing their sake project as a tribute to him. They continue to seek out different breweries, “each time a new direction that [Kuroda] would love and that we as Phoenix love. It is different breweries working together for the memory of Mr. Kuroda because he was very respected in Japan,” Mazzalai says.

More so, all proceeds from the sales of the Phoenix-labeled sakes go to the Japanese Red Cross. “I don’t want to do a business out of it,” Mazzalai says. “I prefer to give it to something more useful than just for me.” 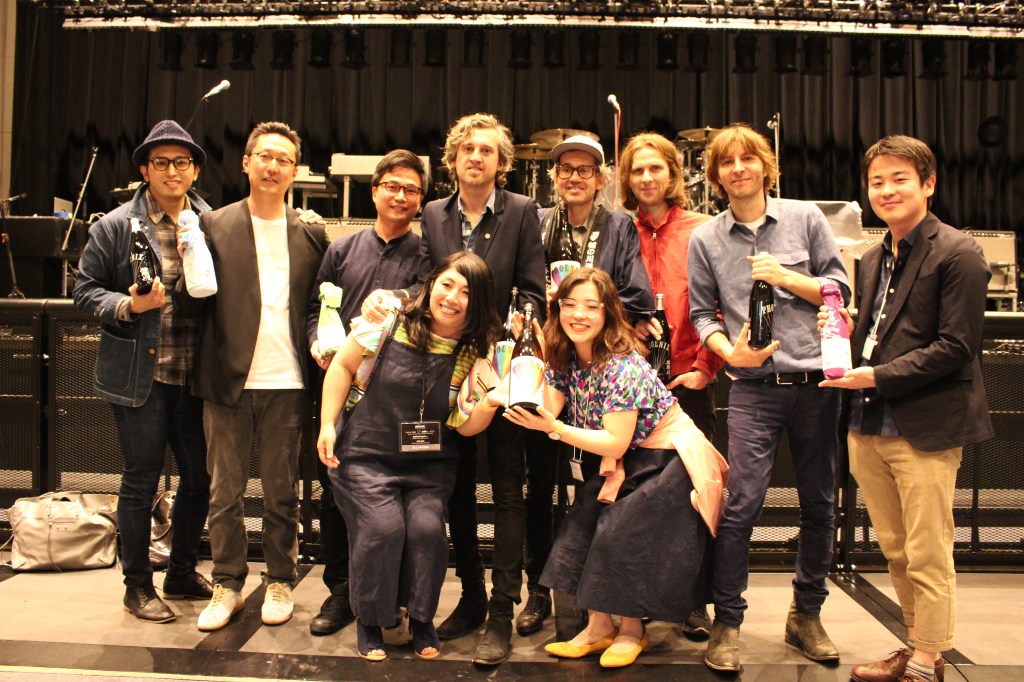 A Sake barrel breaking ceremony with members of the French indie pop band Phoenix with the Tatenokawa sake team.

Musicians continue to innovate the sake category. Back in May, hip-hop superstar Pharrell Williams—in partnership with Nigo, Pharrell’s designer for his clothing lines Billionaire Boys Club and Icecream—launched two new sakes under the label Storm Cowboy in honor of the opening of Human Made 1928 clothing store in Japan. The product, along with the ensuing buzz, is unique in that it’s not just reaching legions of hip-hop fans, but the decision to make it available only in Japan may spur a young generation—many of whom have eschewed sake in favor of cocktails and beer—to reconsider sake.

Mazzalai is excited by what’s happening with the new generation of sake producers and thinks the beverage is ripe for a bigger global stage. “An aspect I love about Japan is that they are looking toward the future, but with very old technique,” Mazzalai says. “It’s this tension between past and future that creates something very beautiful in sake.”

—Restaurants are leveling up by creating their own signature craft spirits

Follow Fortune on Flipboard to stay up-to-date on the latest news and analysis.