A vicar who had an affair with a married parishioner has been banned from the priesthood for life by the Church of England.

Revd Simon Sayers, the former rector in Emsworth, Hampshire, sent sexual texts to the woman after she approached him for pastoral support.

In one message, he told her he had enjoyed her ‘sitting astride me sans panties’, while in another he claimed she was the ‘most passionate, sexy, skilled and sensuous lover’.

The 55-year-old confessed to ‘betraying his calling’ in a letter to a private tribunal hearing, where he was found guilty of inappropriate conduct this week.

Sayers had already been suspended by the CoE for five years for ‘sexual incidents’ with a 16-year-old schoolgirl when the latest probe was launched. 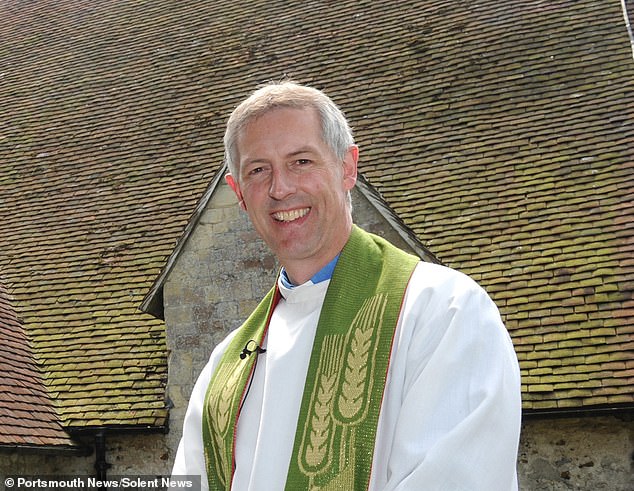 A church tribunal heard Sayers’ affair with the married woman started after she turned to him seeking ‘comfort and support’.

However, this developed into a sexual relationship, during which he sent her a number of sordid text messages.

In one, Sayers told his lover: ‘I’m home now but really enjoyed you sitting astride me sans panties.’

And in another, he said: ‘You too are the most passionate, sexy, skilled and sensuous lover and my body is yours, my heart and soul are yours forever.’

The tribunal heard the woman believed she and the priest were ‘in love’. 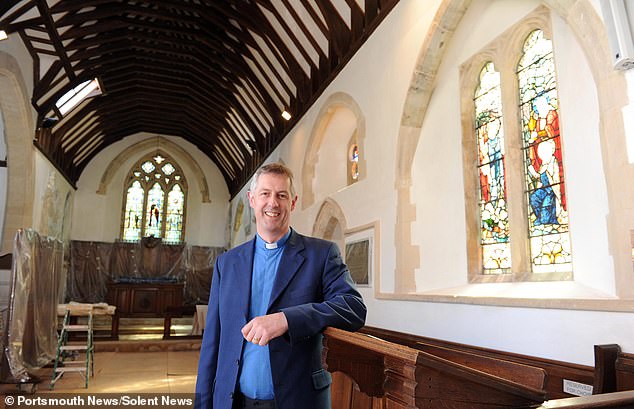 In a letter to the panel hearing the case, Sayers, who did not attend the tribunal hearing, described the affair as ‘shameful’.

He said: ‘I can offer no excuse, only my profound sorrow for betraying my wife and my calling once more, after that terrible incident in 1995.

‘During the autumn of 2010, there was a shameful affair. We were both facing painful issues, and mutual comfort and support strayed appallingly into an affair.’

A spokesman for the Diocese of Portsmouth, where Sayers had been based, has confirmed he would never be able to work as a clergyman again.

The spokesman said: ‘The Revd Simon Sayers had already been prohibited from ministry for five years after accepting a penalty for previous misconduct.

‘The tribunal has now imposed a penalty of prohibition from ministry for life. Therefore, he will not be able to work as a Church of England clergyman again.

‘The penalty reflects the seriousness of this misconduct. The Church of England takes all allegations of misconduct seriously.’ 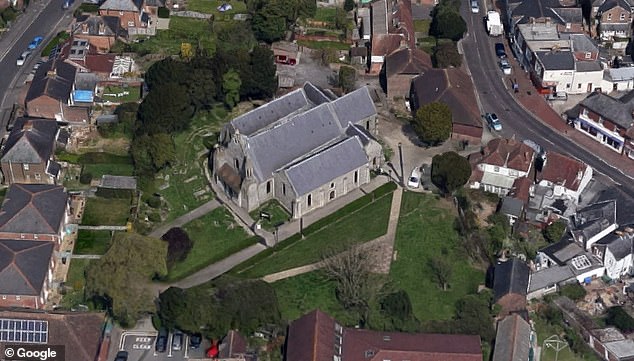 Sayers was suspended for five years in 2016 after an investigation into sexual contact with a 16-year-old schoolgirl while he was serving as a vicar in London in 1995.

Following a 19-month review of the allegations, the Bishop of London – in whose diocese the incidents happened – said Sayers had abused his ‘position of trust’.

The Metropolitan Police also investigated the allegations, but no criminal charges were brought against him.

Mr Sayers said at the time that the allegations had been made 20 years after what he called a ‘brief “above the waist” incident of a sexual nature (with someone over the age of consent) and a brief kiss two days later.’

A number of former parishioners have defended their former rector, claiming he had been harshly treated. 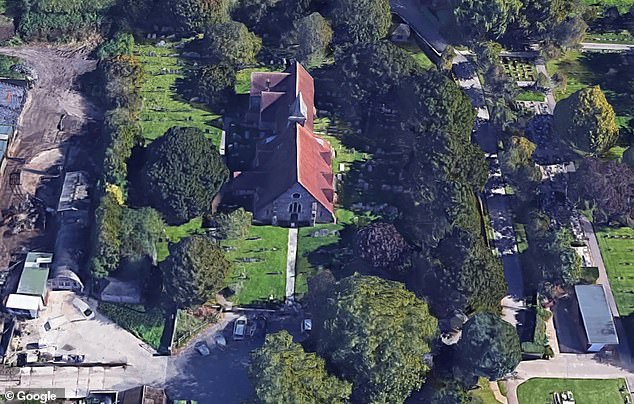 Some of his former parishioners on the south coast say he has been badly treated. Pictured: St Thomas a Becket Church in Warblington

‘The church should be forgiving him. He has suffered so much as a result of the first allegation, where he was basically hung out to dry.

‘The result of all that is Simon has lost his job and his house, and his family have been immensely distressed.

‘If no one was hurt, while this incident is contrary to Christian teaching, I feel there should have been another chance. I think it’s far too harsh.’

Fellow Emsworth parishioner Leslie Grist added: ‘Having spoken to him, I think he was treated abysmally by the church.

‘I defended him last time and I was happy to do so. The whole thing was taken out of context.’