EXCLUSIVE: Jeremy Corbyn caught on camera savagely mocking the EU for its ‘aggressive military foreign policy’ and insisting it didn’t deserve the Nobel peace prize in 2012

Jeremy Corbyn has been filmed savagely mocking the European Union, insisting that it did not deserve the Nobel peace prize that it won in 2012, MailOnline can reveal.

The Labour leader – who has been resisting calls to back Remain in a second referendum – is seen sarcastically saying that the EU was given the peace prize ‘for setting up an army and an aggressive military foreign policy’.

‘The Nobel peace prize awarding committee have a great sense of humour,’ he told a conference in London in the year the award was won.

He went on: ‘The European Union has been rewarded for setting up an army and an aggressive military foreign policy. It’s obvious. Don’t worry about it.’

The Labour leader joked: ‘How can you not give a Nobel peace prize to Henry Kissinger? Then one to Barack Obama, who then uses the acceptance speech to call for a renewed war in Afghanistan?

‘I mean, just have a sense of humour about it.’

A Labour spokesman was unapologetic, saying: ‘We’re sure the EU is a big and resilient enough institution to take a joke.’

Mr Corbyn’s comments are made from 01:36 in the video above 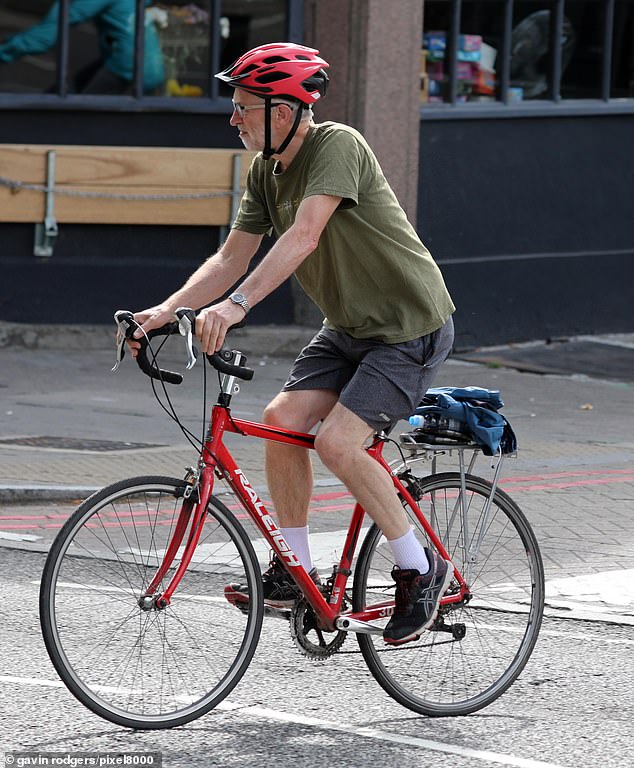 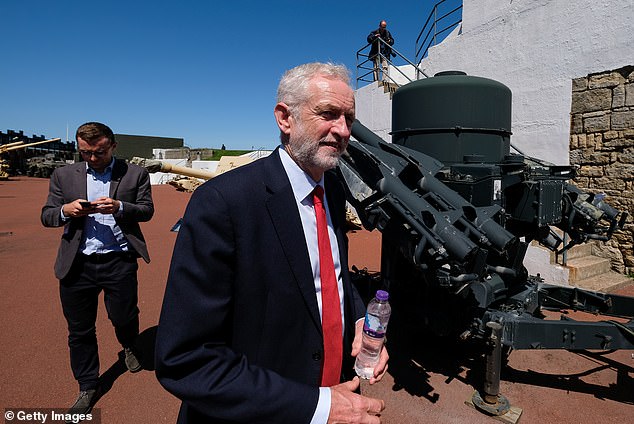 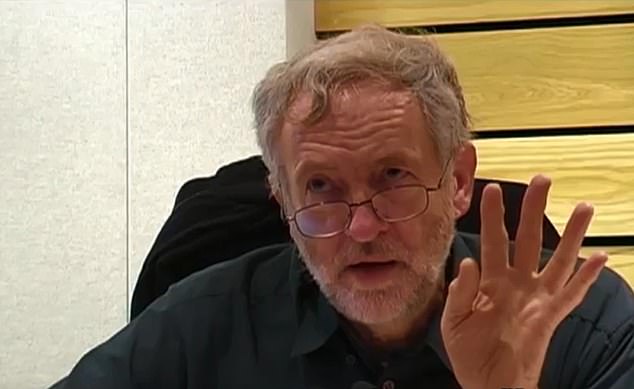 Speaking in 2012, Mr Corbyn said: ‘The European Union has been rewarded for setting up an army and an aggressive military foreign policy’

The comments, made three years before Mr Corbyn became leader, will deepen alarm among Labour activists trying to persuade their leader to give his full backing to Remain in a second referendum.

The EU is widely viewed by Remainers as having secured peace in Europe following the Second World War.

Last week a tense meeting of the shadow cabinet failed to agree on a Brexit policy, with Mr Corbyn refusing to endorse Remain until Trade Union leaders had been consulted.

Mr Corbyn’s remarks were made in October 2012 at a ‘Europe Against Austerity’ conference organised by the hard Left group Coalition of Resistance. The tone of the sessions was largely pro-Brexit.

A promotional article about the conference said it ‘started a debate in Britain on the EU’, and argued that Brexit was ‘a consequence of our campaign against austerity’. It referred to the EU as a ‘capitalist institution’.

This is not the first time that Mr Corbyn was caught on camera expressing vehement criticism of the EU.

In 2009 he was filmed railing against the institution, calling it a ‘military Frankenstein’ and a ‘European empire of the 21st century’. That footage was unearthed in February. 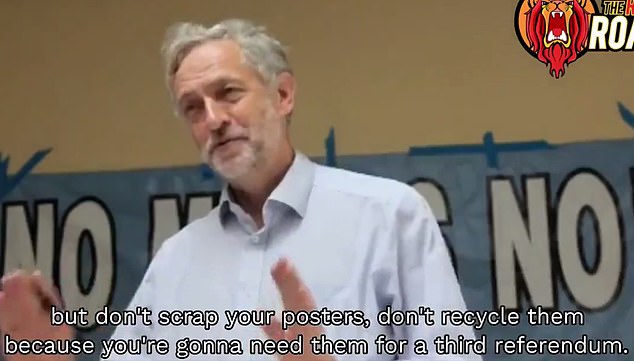 The film, dating from 2009, was seized on by Mr Corbyn’s own mutinous MPs as evidence that he was always going to ‘facilitate Brexit’

Obtained by Left-wing website The Red Roar, that video also showed Mr Corbyn mocking the concept of holding repeated votes on the same question, as happened when Ireland voted against the Lisbon Treaty but was forced to vote again.

‘Don’t scrap your posters, don’t recycle them, because you’re going to need them for a third referendum,’ Mr Corbyn said.

‘I’ve got a feeling they’re going to keep on voting until they get the answer they want.’

In that speech, Mr Corbyn said the Lisbon Treaty made the EU ‘subservient to the wishes of Nato’.

‘We are creating here one massive great Frankenstein which will damage all of us in the long run,’ he said.

The footage prompted the MP Owen Smith to tweet: ‘This is why Corbyn was always going to facilitate Brexit if he could’.

It comes in a week of turmoil in Labour which saw more than 100 parliamentarians demand that Mr Corbyn withdraw the whip from Chris Williamson, the MP at the centre of a bitter anti-Semitism row.

And over the weekend, the Labour leader faced questions about his mental health after civil servants told the Times of their concerns over the 70-year-old’s frailty and memory.