In 1999, hundreds of companies made a madcap dash to the public markets, capturing the imaginations of everyday Americans who thought they could day-trade their way to fortunes. Startups like Webvan and eToys were suddenly household names. The Pets.com sock puppet was a guest on “Live With Regis and Kathie Lee.” All told, 547 companies had initial public offerings in the U.S. that year, taking in a record haul of $107.9 billion, according to Dealogic.

This year could be even bigger.

The latest IPO wave is being led by ride-hailing company

which raised $2.34 billion and was valued at $26.5 billion after its shares rose 8.7% in their debut Friday. Lyft beat Uber Technologies Inc. to market, with its larger rival planning to offer shares as soon as this spring. Pinterest Inc., the popular image-search startup; Slack Technologies Inc., the prominent workplace-messaging app, and delivery company Postmates Inc. are also likely to debut this year. Collectively, the companies going public in 2019 are expected to surpass the amount raised in 1999, according to the bankers who arrange IPOs. Another giant of the sharing economy, Airbnb Inc., is waiting in the wings and could go public next year. 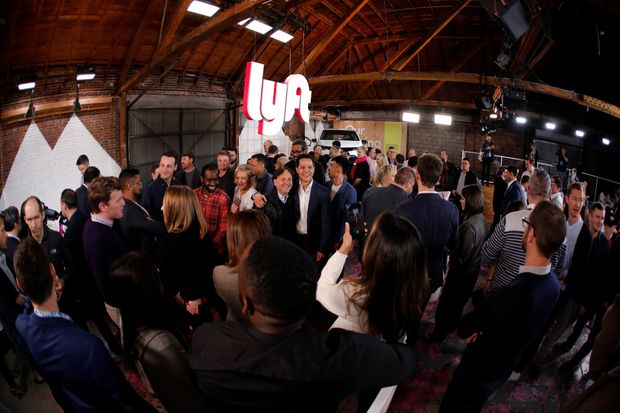 People mingle at a Lyft IPO event in Los Angeles on Friday.

Two decades ago, the IPO frenzy made millions for companies with little more than a business plan and a “dot-com” in their names. Then, of course, it crashed. Not enough people, it turns out, were ready to buy dog food online.

Today’s crop is different. The companies debuting now are far bigger and far older. According to research from Jay Ritter, an IPO expert at the University of Florida, the median age for tech companies going public in 1999 and 2000 was four and five years, respectively, compared with 12 years in 2018. Median sales, meanwhile, were about $12 million then, compared with $173.6 million last year. (There are fewer of them now too—no one is predicting there will be as many companies going public in 2019 as there were back then.)

…but many flamed out within five years.

Percentage of IPOs by performance*

For years, tech startups have been awash in private funding and could afford to take their time going public. Many founders took advantage of that luxury to build their businesses away from the prying eyes of public investors. That’s cost stock-market investors the opportunity to get in on the ground floor the way they could in the ’90s with the likes of

A $1,000 investment in the online retailer at the time of its IPO would be worth more than $1 million today.

Amazon went public in early 1997, just three years after Jeff Bezos founded it in his garage. The year of its debut, the company would reach about $150 million in revenue and investors had the chance to buy in at an initial valuation of just over $400 million, according to S&P Capital IQ. Fast-forward 22 years, and it now has annual sales of more than $200 billion and a market value of nearly $900 billion, making it the world’s third-largest publicly traded company.

Contrast that with Uber, founded in 2009. Bankers have estimated the ride-hailing company’s valuation in an IPO could reach $120 billion. That means that gains like the one an early investor in Amazon could have reaped will be pretty much impossible: If Uber’s valuation rose by an amount similar to Amazon’s, in the year 2041 it would be worth $240 trillion.

One trait that many in the 2019 class share with their predecessors from 20 years ago: They’re still losing money. Uber and Lyft have staked out formidable positions in the ride-hailing market, though both have incurred considerable losses in doing so. Uber lost $3.3 billion last year, excluding a one-time gain, while Lyft lost more than $900 million.

Still, they’ve managed to prove that the business model of hailing a ride with an app is here to stay. Uber has built a revenue base of more than $11 billion, while Lyft took in more than $2 billion last year. Lyft has roughly 30% of the U.S. market while Uber commands almost all of the rest, and is a powerhouse in several markets overseas.

So while there might be less room to make a killing on this year’s crop, there’s also lower likelihood of failure. According to Mr. Ritter’s analysis, shares of companies with more revenue tend to perform better.

“Tech businesses generally have big fixed costs, and the more revenue you can stretch across those costs, the more drops to your bottom line,” says Steven Kaplan, a professor at the University of Chicago’s Booth School of Business.

Larger companies still tend to perform in line with the market. The younger—and smaller—a company is, the harder it is to predict its future trajectory. For every Amazon, there are multiple Webvans. Of the 856 IPOs from 1999 and 2000 tracked by Mr. Ritter, 272 had lost more than 90% of their value after five years. 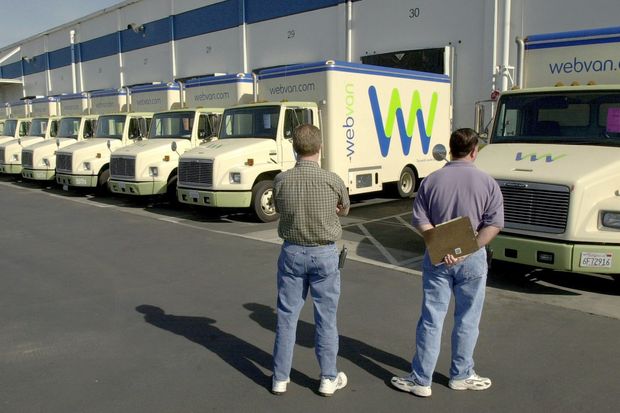 Webvan went public in late 1999, three years after the Internet grocery-delivery service was founded, and quickly attained a valuation of $8 billion. It had sales that year of $13.3 million, according to S&P Capital IQ, and the unprofitable company burned through so much cash as it built out a high-tech infrastructure—more than $800 million—that it racked up a $453 million loss in 2000 and was forced to file for bankruptcy protection and shut down the next year.

Other notable failures from that era include Pets.com Inc., known for the sock puppet it used in a lavish advertising campaign. The company went public in February 2000, just a year after it was founded, and nine months later said it would shut down. Its shares never rose above their $11 IPO price.

EToys Inc. launched its IPO to great fanfare in May 1999, two years after the online toy seller was founded. Its shares soared to a valuation of $8 billion on their first day—more than Toys “R” was worth at the time. The company was bankrupt less than two years later.

“Back then, a lot of companies went public at very early stages when it wasn’t apparent what the shakeout was going to be in a certain niche,” says Mr. Ritter. “There’s less uncertainty now.”

Other benefits of going public later include an ability in crucial early years to bounce back from setbacks, take risks and make investments that might be difficult with public shareholders hovering. Uber weathered a series of scandals and other challenges under co-founder and Chief Executive Travis Kalanick that might have been more trying for the company and its shareholders had it been public. 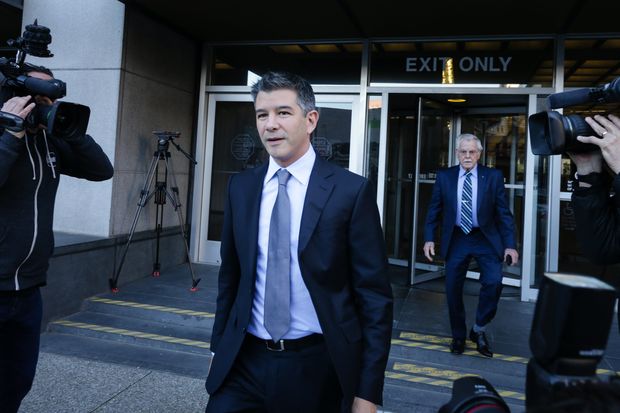 Uber weathered a series of scandals and other challenges under CEO Travis Kalanick that might have been more trying for the company had it been public. Above, Mr. Kalanick leaves a San Francisco courthouse after testifying in a trial that pitted Uber against autonomous car company Waymo last year.

There’s still plenty of uncertainty, and competition even in a duopoly like ride-hailing is fierce, but a lot of the companies going public now have proven themselves, are growing rapidly and have compelling stories to help them sell themselves to the public.

Pinterest, for example, had revenue last year of $756 million, up 60%, while its net loss narrowed to just $63 million. The company, which launched in 2010, recently had 265 million monthly users who visit the site to browse billions of images on topics ranging from living-room furniture to dinner recipes. It was last valued privately at about $12 billion, a mark it could well exceed when it begins trading in April.

BREAKING: What is Pegasus? Revealed:…